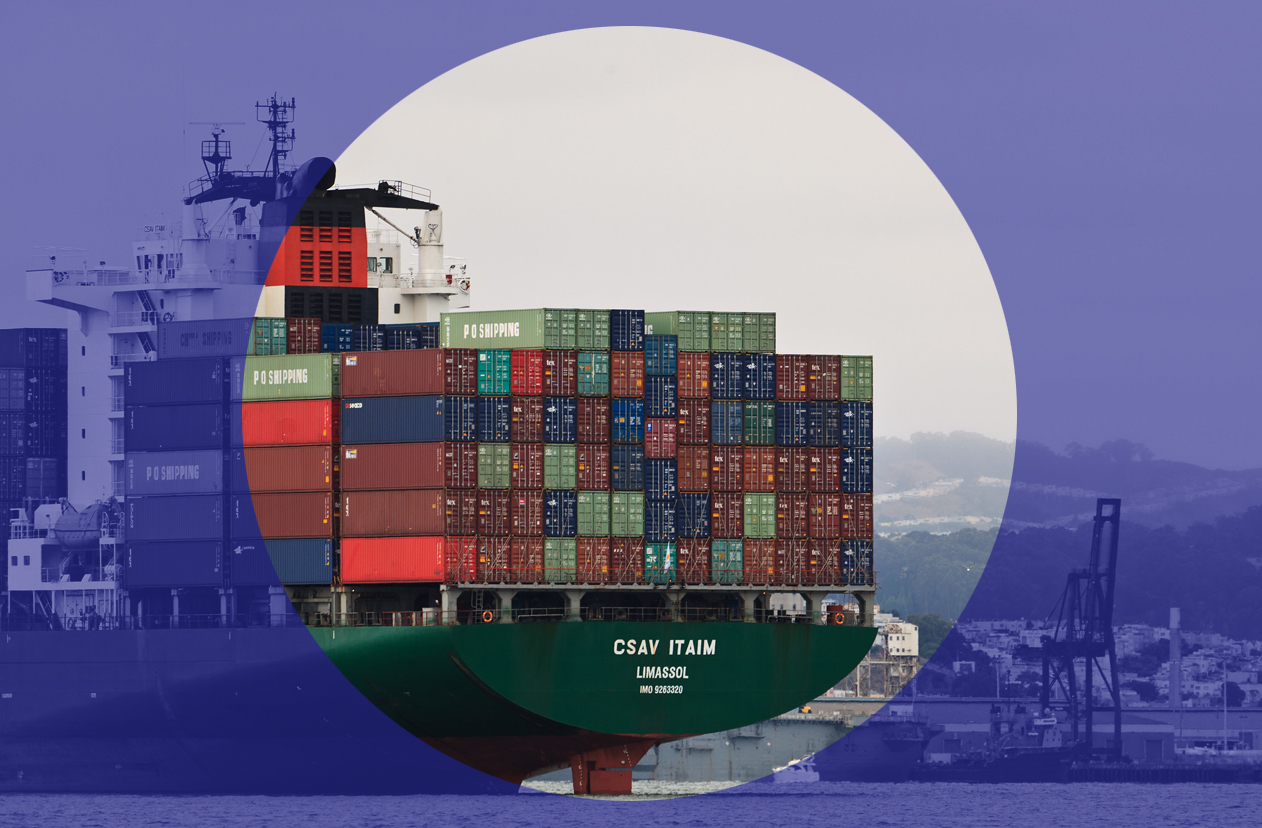 Common Weal head of policy & research Craig Dalzell continues his series on the economic impact of the Coronavirus by looking at global shipping. There is an aspect of our modern world that is so ubiquitous that it is bizarrely visible. It just “happens” to the point that we barely think about it. We have […]

Common Weal head of policy & research Craig Dalzell continues his series on the economic impact of the Coronavirus by looking at global shipping.

There is an aspect of our modern world that is so ubiquitous that it is bizarrely visible. It just “happens” to the point that we barely think about it. We have the technology and the logistics capability to ship anything from a car to the tiniest throw-away widget half-way around the world simply because someone with a phone or a computer clicked a few buttons. The global shipping sector is an absolute marvel and the humble 20ft container one of the greatest inventions ever developed. Shipping by sea has always been the fastest and cheapest option for humanity right back to Antiquity but modern shipping costs just pennies to transport a tonne of goods across a kilometre (compared to several pounds to do the same by air).

But it is also a fragile system and the cracks were showing long before the Coronavirus. You will probably already be aware of the issues thrown up around Brexit – the stories of catastrophic queues at ports. Headlines about Boris Johnson telling people to just throw any customs paperwork in the bin (though he’s not saying that now…). We’ve seen the stories about how folk like car manufacturers would be disrupted because they rely on components crossing borders several times during the construction process and cracking open all of the complexities of trade deal negotiations could fill entire volumes. We’ve also seen the rise of protectionist populist governments in places like Donald Trump’s US where imports are portrayed as an inherent weakness (a view which does not bode well for the UK’s upcoming post-Brexit talks).

But under the headlines, we’ve also seen structural weaknesses in the sector which – like many others – is dominated by a few large companies and many of them are highly debt-leveraged. This came to a head in 2017 when South Korean freight company Hanjin Shipping dramatically collapsed in a move that was described at the time as a question of “not whether a big shipping company would go under but which one”. Hanjin’s fall saw ships stranded at sea or in the ports because docking and unloading fees couldn’t be paid. Staff were similarly stranded on their ships with dwindling supplies (again a symptom of “lean” supply chains with little in the way of redundancy) along with their cargo. The collapse sent ripples throughout the global economy as supply chains buckled and tried to re-route over the following several years.

And then came the virus. Borders have closed, people locked down and there has been a combined supply/demand shock where people can’t get the components they need to make goods and even if they could, people aren’t buying them. Quarantines have again stranded sailors on their ships or, due to the emptying of the skies of airlines, have stopped them flying home at their end of their contracts. Estimates are that even if the sector starts up again quickly (those still hoping for a V-shaped recession can read my column last week), there could be a 25 per cent drop in throughput in the first half of 2020 and a 10 per cent drop over the year. Even in that optimistic scenario this could well spell a great deal of trouble for the sector and the wiping out of “the last eight years’ worth of profits”. I wouldn’t be surprised if we see another major carrier go under as a result of Covid-19 and if one goes, I wouldn’t be surprised if another follows.

Coming out of the far end of it we’re going to have to reassess our approach to these complex, global supply chains. One way would be to take a lot more government control over the sector – to take an active stake in companies that keep lifeline supply chains open or to open new ones as Russia is starting to do in the Arctic – albeit for slightly different geopolitical reasons.

Even if one doesn’t want to go down the populist “foreign imports are evil, buy [insert country here]” of Trump we may instead want to start looking at security of supply chains for critical goods. Even if the ships sail, supplies can be disrupted by the factories shutting down or demand spiking (or, in the case of this pandemic and some goods like PPE, all three!).

We also need to consider the environmental costs of shipping. Sea freight is cheap and relatively low emission compared to air travel but still uses some of the dirtiest, most polluting fuel of any mode of transport. By cutting down the distance between manufacturer and end-user through green import substitution (by making locally what is economical to make locally before looking further away) we can go a long way towards cutting our externalised carbon footprint (as well as making it easier to regulate the emissions caused by the manufacture itself).

Scotland is also in a very good position to clean up the industry. If we want to capture an upcoming technology before it’s mainstream, we could be investing now in hydrogen technology to fuel the next generation of shipping vessels. It’s not hard to imagine Scotland using excess wind, wave and solar energy to crack hydrogen and either shipping that to the world or letting the ships come here to refuel (or, of course, licensing the tech to be built elsewhere). Done right, it could be an energy future for Scotland that would make us wonder why we spent so long pining for an oil future that has also been swept away by the virus.

As with many of the other economic sectors I’ve explored in this series, there was much that was going wrong with global shipping even before the virus hit. Covid-19 didn’t cause these cracks to appear, it merely flowed into them and broke them open. Going “back to normal” either isn’t an option or would only leave us even more vulnerable to the next great crisis. Just as the problems were obvious beforehand, so too were the solutions. The only difference is now we may have the attention and, thanks to the Great Pause in the economy, the opportunity to actually do something about it.