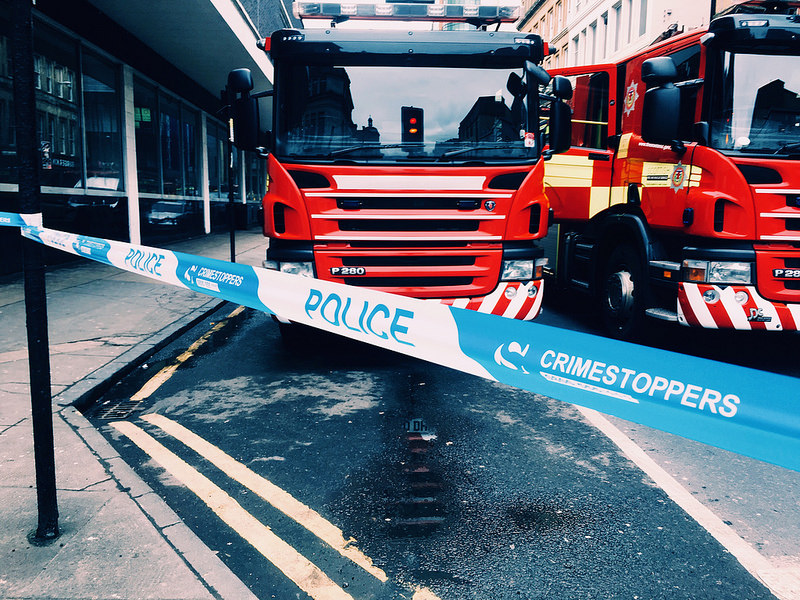 Structural problems and a lack of accountability system are a key feature of the centralised force, an academic has told CommonSpace

ATTEMPTS by the former chief constable of Police Scotland to suppress early drafts of a report which contained allegations of corruption are indicative of a structural problem in Police Scotland which still has no real systems of accountability, a leading law and civil liberties academic has said.

Dr Nick McKerrell, a law and civil liberties lecturer, told CommonSpace that as the architect of Police Scotland’s centralised model, former chief constable Sir Stephen House had left behind a force which does not have “any proper systems of accountability”.

According to documents obtained by the BBC, early drafts of a report commissioned by House in 2014 were shown to be edited by the police chief to remove negative remarks made by officers or to cover up allegations of police corruption.

Amongst a number of allegations made in previous versions of the report, the authors claimed that two detectives “informally interviewed” a murder suspect without allowing them to have a solicitor present.

“The revelations around the report which was changed by Stephen House when he was in office are shocking.” Dr McKerrell, a lecturer in law and civil liberties at Glasgow Caledonian University said. “However, they are also indicative of a number of the scandals which have emerged.

“Because of the centralised power which was created by Stephen House at Police Scotland, which still exists today, there does not appear to be any proper systems of accountability.

“Although Stephen House, in some ways the architect of Police Scotland, has left, the force has not structurally changed in a way which would prevent the abuses of power we have seen in the leaked report or previous scandals,”

“Because of the centralised power which was created by Stephen House, there does not appear to be any proper systems of accountability.” Dr Nick McKerrell

House was the most senior police officer in Scotland from 2012 to 2015 after Police Scotland’s creation, announcing his resignation from the force in 2015 to “take up new challenges”. He was appointed the assistant commissioner of the Metropolitan Police in 2018.

Dr McKerrell said a change in leadership at the top of Police Scotland would not solve the problem: “Much of the defence of Police Scotland is that it has someone else in charge now who will do better, but you could put anyone in charge and the institutional problems will still come to the fore.”

The BBC investigation also revealed problems with the forces counter-corruption unit, which had used intrusive intelligence-gathering methods such as listening devices to spy on police officers without obtaining the required authorisation from a judge.

In one case, the investigation into the 2005 murder of Emma Caldwell was all but suspended whilst Police Scotland attempted to identify the officer, who had leaked details about the investigation to the press.

An email handed to BBC showed that Stephen House was prepared to “suppress” the report unless his amendments were accepted.

Dr Liz Aston, a senior lecturer in Criminology at Edinburgh Napier University, spoke to CommonSpace about the importance of independent reporting on policing in light of the revelations.

“Whilst I do not have enough information to comment on the specifics of this investigation, I would like to emphasise that it is very important that research on policing is conducted and reported independently. It is imperative that the views of participants are accurately depicted, so organisations can learn from them and do all they can to use findings to improve practices.

“There have been significant changes to policing in Scotland since 2014, but there is always room for reflection and improvement,” she said.

Dr McKerrell also raised concerns about the principle of policing by consent.

“Police Scotland recently dramatically increased the number of officers trained and issued with tasers. There was no public consultation or debate about this, other than the police just announcing it,” he said.

“At the same time, they have also announced that armed police officers would be used on routine duties with no consultation. That is not policing by consent.

“In England, these types of changes would have to be put to a localised police commissioner who might consult with local councillors and the community before deciding whether to approve it.”

In a statement, a spokesperson for Police Scotland said: “The report was compiled four years ago and significant changes have been implemented since then. We have conducted several internal surveys and last year DCC Iain Livingstone, the interim Chief Constable, led the development of and launched a wellbeing strategy for all officers and staff.

“DCC Livingstone has already acknowledged that in the early days of Police Scotland process was put ahead of people at a time of challenge and difficulty for everyone involved.

“The service has been the focus of numerous external reviews and unprecedented levels of public scrutiny since 2014 and is committed to investing in our people as we build the organisation going forward.”

“The level of dysfunction in Police Scotland under Stephen House is well known, but allegations that rank and file officers had their concerns eradicated from reports to protect the top brass raise fundamental questions of integrity.

“Officers and the public need urgent and transparent reassurance about how this was allowed to happen – and who knew what and when. It is therefore essential SNP Justice Minister Michael Matheson give a statement to Parliament on these reports as soon as possible.”

Finnie said on Monday [30 April]: “While I haven’t seen the whole programme, I consider it entirely unreasonable to describe Police Scotland – who have no undetected murders since their inception – as being ‘in crisis’.”

The Scottish Government said the problems highlighted were for Police Scotland to resolve.