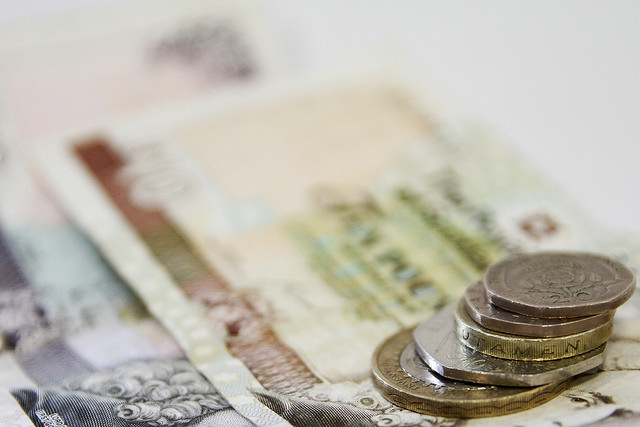 56 per cent of respondents said standards of living have fallen, up from 36 per cent

OVER half of Scots said that the general standard of living had fallen over the past year, up 20 per cent on the previous year, a new survey has revealed.

The Scottish Social Attitudes Survey published yesterday [26 June] revealed that 56 per cent of people believed the general standard of living had fallen ‘a lot’ or ‘a little.’ The same figure for the previous year was 36 per cent. 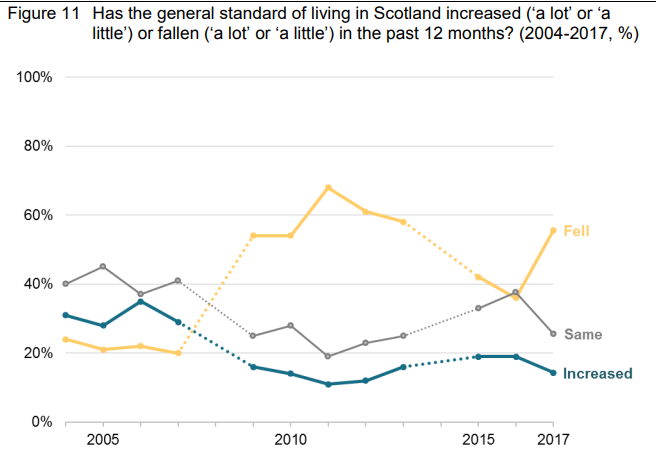 Professor Stephen Sinclair of the Scottish Poverty and Inequality Research Unit at Glasgow Caledonian University analysed the survey and in particular at the groups of people who perceived there to be a big decline in living standards.

He told CommonSpce : “The perceived decline in living standards among those in receipt of benefits is unsurprising, in view of the sustained and cumulative effects of welfare reform.

READ MORE: IFS report: Almost 1 in 3 children to be in poverty by 2022 due to UK austerity push

“However, after a quick glance at the Scottish Government report it is interesting to note which groups are more likely to perceive a decline in general (not personal) living standards: older age groups and owner occupiers rather than younger people and private renters, despite the fact that the latter have been recorded as struggling more in recent years.”

Dr Craig Dalzell, head of policy and research at the Common Weal think-tank, said that 50 per cent attributing the blame on falling living standards at the door of the UK Government may be due to years of austerity.

He said: “After years of more folk thinking that things were generally improving, something has clearly changed. The finger of blame is pointed squarely at the UK Government as the source of the decline, with only a small proportion looking at Holyrood as the cause. It is very possible that austerity and the roll-out of the humanitarian disaster that is Universal Credit is having a visible impact on the living standards of the people of Scotland.”

READ MORE: Neil McLeod: Universal Credit – The ‘benefit’ that will bring you homelessness and depression quicker than it will get paid

Craig added that perhaps independence is the only the only way to stop this decline: “With little hope of the UK Government reversing course on this ideology and with the Scottish Government having only limited power to mitigate or circumvent the worst effects, it may surely be time to ask if Scotland can plot a better course on its own as an independent country.”