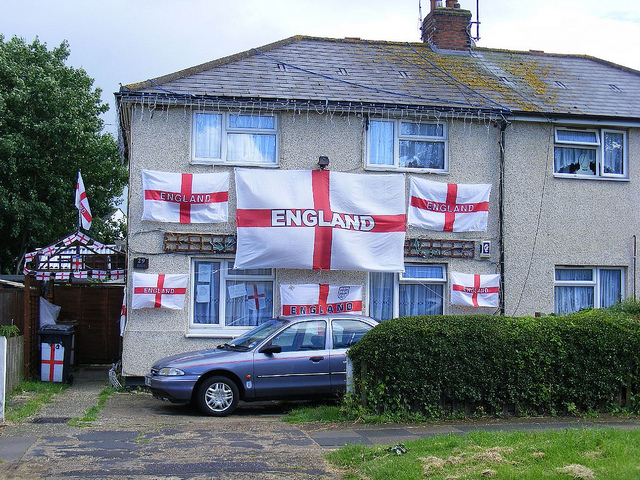 Similarly Brexit or waves of ministerial resignations or any other other event that captures the publics attention will not cause waves of abuse.

There is a infographic circulating on social media which proclaims ‘Nobody wants England to win more than women’.  It then goes on to offer some of the figures listed above.  It’s source is an English based charity, Pathway Project, and it cites research and ‘facts’ by police and a university research project.  There is a similar hype around Domestic Abuse and old firm games in Glasgow.  There, local domestic abuse services report no increase in the demand for their services on such days. 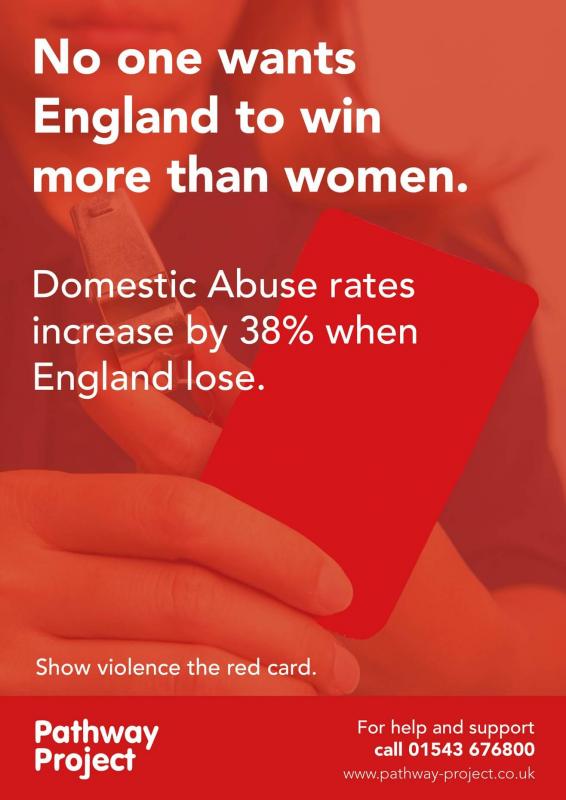 The truth is domestic abuse occurs across this and other countries every day of every year. It occurs during holidays and working days. It occurs during unemployment and during promotion.  It occurs during tennis days and wedding nights.  Banning football would not decrease it one iota.  It  may be that vigilant friends and neighbours or indeed partners themselves report violence and aggression more often on these days. Women in a search for a reason may cite the football. Perpetrators may do the same.

Patriarchy, self-entitlement and the need to control partners are the causes of domestic abuse. Society offers support to perpetrators through often spoke sayings such as ‘boys will be boys’ and institutional acceptance that men hold more power in every aspect of human interaction from the home to the parliament and everywhere in between.

Many of my well informed strongly feminist friends have posted the domestic abuse meme and I have been involved in a number of threads discussing this with them and offering info on the realities behind such eye catching headliners. The debate seems to offend some who want awareness of domestic abuse and violence to be out there and spoken about.

I want that too.  But what survivors, their children, professionals and society does not need is another lame excuse.  We already have enough of these in drug use, alcohol use, stress, financial worries and mental health.  None of these cause domestic abuse either.

Just as rapists (not short skirts, drunkenness or flirting) cause rape, abusers are the cause of abuse.

Domestic abuse is a pattern of coercive control, designed to take away your partner’s self-esteem, autonomy and control of their own life.  The threat of violence is often used a means to keep this control in place.  Often no physical violence takes place.

Anyone committing violence against their partner tonight in an act of domestic abuse would guaranteed do it anyway citing a different excuse or none on a different day.

So please, if you post that meme be aware domestic abuse happens every Wednesday as well as every other day in every way you can imagine. Be prepared to discuss it with people and face the real causes. Be ready to challenge those who wish to be supportive and furnish them with the facts.

Most of all have a peaceful happy Wednesday and may the best team win.  This ‘Non ABEr’ has her red and white t-shirt at the ready.