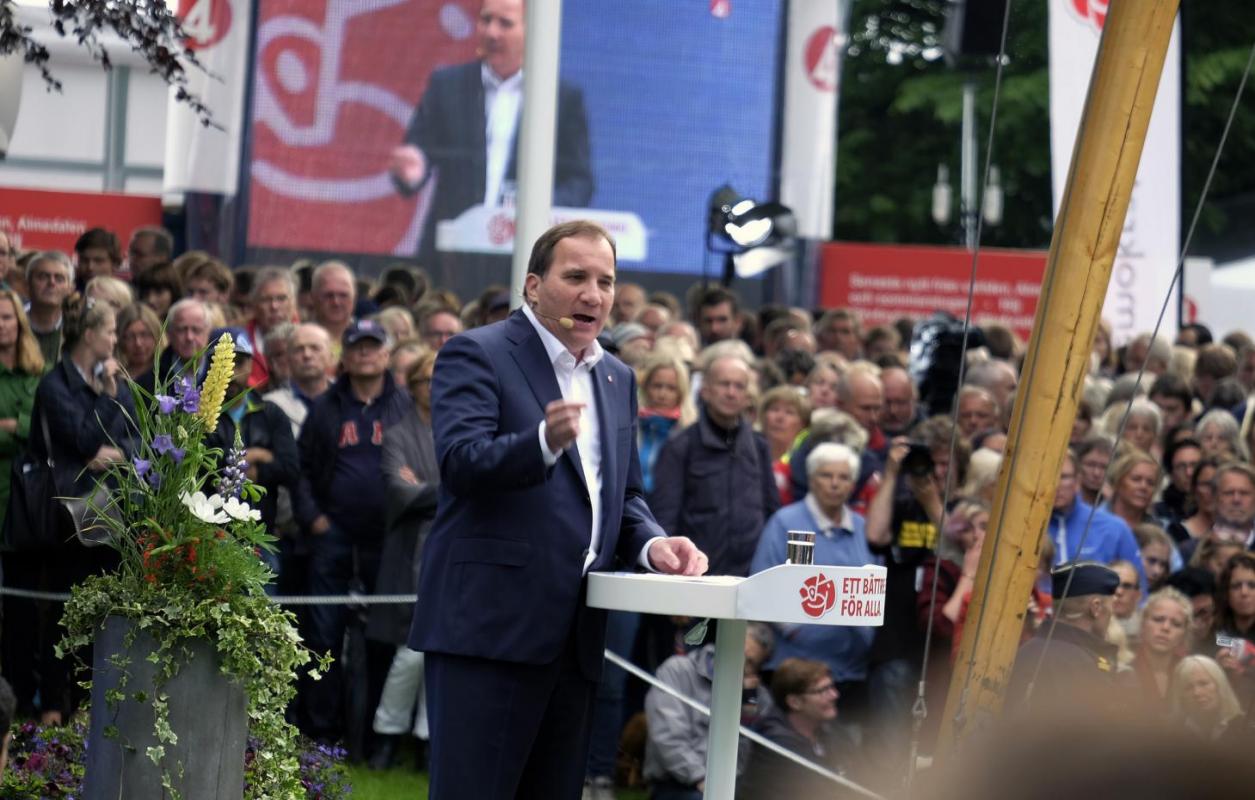 MILITARY exports from Sweden to the gulf dictatorship of Saudi Arabia have been cancelled due to the gulf state’s disregard of basic human rights principles.

“It is true that it will be ended. The Minister of Defence will talk more about this later tonight,” Lofven told reporters.

The Swedish Government has come under increasing pressure to cancel the deal from members within the leading Social Democratic party.

Some corporate business figures spoke out in favour of arming Saudi Arabia, which is notorious for beheading and lashing criminals while restricting the rights of women.

Swedish Foreign Minister Margot Wallstrom was in Cairo, Egypt, this week to speak to the Arab League and Saudi representatives, who had welcomed Sweden’s recognition of Palestine.

However, Wallstrom’s planned speech – which called for action in the Middle East on human rights – was blocked, leading to an escalation of tensions. (Click here to read more.)

Sweden’s prime minister then announced that the military and trade agreement – which had been running for 10 years – would not be renewed. In response Saudi Arabia has recalled its ambassador from Sweden.

Asa Romson, deputy prime minister and member of the Green party which is in the governing coalition, said in comments in The Guardian: “This is a win for a clear foreign policy based on respect for human rights and a moral compass where this type of far-reaching military cooperation agreement simply does not fit.” (Click here to see more.)

In a comment to CommonSpace, Smith said: “The largest exporter of weapons to Saudi Arabia is the UK and the relationship has always been a very close one, based largely on arms sales and company profits. We urge the UK to do exactly what Sweden has done and recognise the oppression taking place in Saudi Arabia and bring in a full arms embargo.

“What we are seeing is the UK Government working hand in glove with arms companies like BAE systems, who profit from the suffering taking place in the fifth most authoritarian state in the world.”

The UK remains a substantial arms and weapons supplier to Saudi Arabia. With the support of the UK Government, BAE Systems sold Saudi Arabia armoured vehicles which were used to crush pro-democracy protestors in Bahrain. (Click here to read more.)

First Minister Nicola Sturgeon previously told CommonSpace that restriction of arms sales was an area that SNP MPs would seek to “wield influence” in during post-election negotiations.