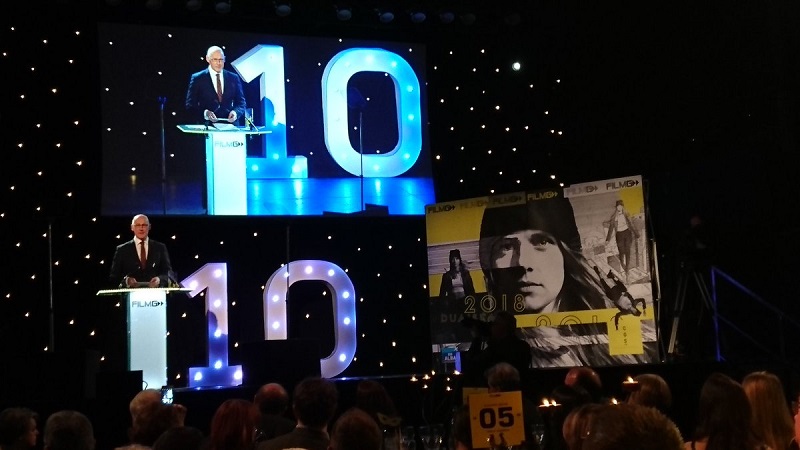 THE DEPUTY FIRST MINISTER announced the £500k of funding for a Gaelic media hub at the tenth annual FilmG awards on Friday which recognises creative talent through Gaelic mediums.

The investment from the Gaelic capital fund will allow MG ALBA, which operates BBC ALBA in partnership with the BBC, to redevelop the Seaforth Road Studio and run a training programme for young people interested in working in the media.

Speaking ahead of his announcement at the awards, Swinney said: “I have been very impressed with MG ALBA’s ongoing vision and commitment and I am pleased to announce this investment in its Stornoway operations.

“As well as supporting this government’s aims for the Gaelic language, the funding will bring economic benefits for the Isle of Lewis and create opportunities for young people interested in a career in the media. It also recognises the important role of arts and media in promoting Gaelic as a living language used by people every day.”

“As well as supporting this government’s aims for the Gaelic language, the funding will bring economic benefits for the Isle of Lewis.” John Swinney

Welcoming the announcement, the chair of MG ALBA Maggie Cunningham said: “MG ALBA are delighted to receive this additional support from the Scottish Government. The Gaelic television industry continues to be an impressive economic driver in the Highlands and Islands and this funding will enable further great content and will help facilitate development in skills, training and facilities within the media sector”.

After the awards, the deputy first minister said on Twitter it was “inspiring” to see such creativity from young people using Gaelic.

“Talent in spades on show at FilmG… And I’m announcing more investment in @gaelicmedia studios” says @JohnSwinney at #filmg10 pic.twitter.com/TBi5bT1sef

Receiving a £1000 prize, the award for the best drama went to ‘Mar a Thachair do Dh’fhear a Sgur a Dhol Dhan Eaglais’ (The Man Who Stopped Going to Church), directed by Lewis-based John Murdo MacAulay, who also won the prize for Best Industry Director.

Lana Pheutan from Skye was awarded best performance and best student film for her powerful film ‘Coig Puing a’ Trì’ (Five Point Three), which tells the story of the challenges faced by trans women.

The Scottish Government has a commitment to return the number of Gaelic speakers to 2001 levels by 2021, a target supported by the Gaelic capital fund which supports a wide range of Gaelic education.