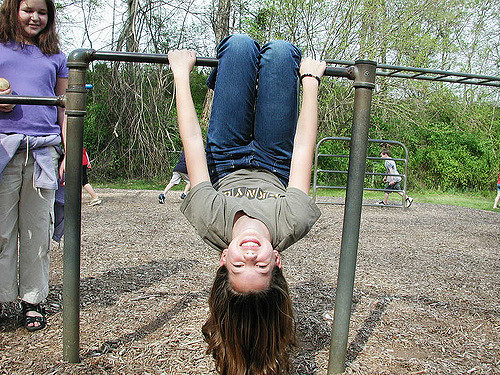 The EIS teachers’ union has said the findings of the Scottish Government’s year one review, which found teachers and pupils were content with the policy, run contrary to their evidence

SCOTTISH GOVERNMENT Education Minister John Swinney has announced a suite of changes to the government’s much criticised standardised assessment measures in schools, but campaigners and teachers’ union EIS have said the changes will not solve the fundamental problems at the heart of the policy.

The changes come on the back of a year one review of Scottish National Standardised Assessments (SNSA), which sees a common industry test standard used to assess the learning progress of children in P1, P4, P7 and S3, and has been criticised for causing young children stress and anxiety and pressuring teachers to “teach to the test”.

The Scottish Government claims the assessments are not tests and are for the purposes of aiding teachers to better design education around the needs of the child.

“Enhancements” to standardised tests announced by the Scottish Government today [28 August] include:

– Questions for P1 children will be amended so that they have a “more familiar context” while retaining the same level of difficulty, and a forum of teachers and professionals will be established to look at “all aspects” of P1 assessments

Accompanying the announcement, Swinney published a letter to P1 parents specifically responding to the “positive debate in recent weeks” on the tests.

He wrote: “The assessments should be delivered as part of everyday learning and teaching.  They are absolutely not a ‘test’ – and should not feel like one.  There is no pass or fail and there is no time limit.  Each child can work at their own pace and there is no requirement for the assessment to be completed in one sitting.  The arrangements for the assessment, including when and how it is taken, are at the discretion of the teacher and the needs of your child.”

“Our members in schools have expressed a wide range of concerns over SNSAs, ranging from the way in which they have been designed to the impact on the children who are being required to undertake these assessments.”

“Many teachers, particularly those in the early stage of primary schools, have reported serious concerns over the stress that is being placed on young children who are undertaking SNSAs. The Review recommendations published today seem to be doing little to address these concerns.”

The data for the year one review has not yet been published, but the Scottish Government said it found children on the whole rated the assessments as ‘accessible and stimulating’ and teachers were ‘very pleased’ with the information the assessments provided, a finding which Quinn said was contrary to EIS’ own survey, which had revealed negative mental health effects on children from the tests.

EIS joined up earlier this month with Upstart Scotland, a campaign group for play-based learning and a kindergarten stage for children 3-7 year’s old, former children’s commissioner Tam Baillie and others to support parents who want to pull their children out of the SNSA’s, and Sue Palmer from Upstart told CommonSpace that the latest changes to standardised testing are “deeply confused”.

Palmer said: “The government seems deeply confused about the P1 tests. They say they’re not tests because there isn’t a pass/fail mark.  But they’re called the Scottish National Standardised Assessments.  A national standardised assessment involves judging a child’s performance against a national standard (which is usually age-related). Even if there’s no pass/fail, the child will be judged against the ‘standard’.

“Upstart has repeatedly pointed out to Scottish Government representatives that – at the age of five – children should not be judged against age-related standards.  They are still developing – physically, socially, emotionally and cognitively – and there is international agreement that this process of early development isn’t complete till they’re around 8 years old.

“If we measure children’s progress too early and find them ‘below the standard’, it can become a self-fulfilling prophecy.

“Judging small children by test-and-target related standards also inevitably leads to ‘teaching to the test’.  This is another major concern, frequently voiced by Upstart, which the Scottish Government doesn’t address in its report. The curriculum is narrowed and there’s pressure on children and teachers to reach arbitrarily-defined standards in literacy and numeracy.”

Kate Johnson, a teacher and Upstart Scotland supporter, added: “In my opinion, this is still not addressing the issue that Upstart has raised that these assessments are inappropriate for children of this age and will inadvertently lead to a narrowing of the curriculum and a formalisation of the Early Level in Scotland. In countries where this type of assessment has been introduced there has been no benefit.”

James McEnaney, a journalist and education campaigner, told CommonSpace that First Minister Nicola Sturgeon made a profound mistake in pursuing this policy and asking her government to be “judged” on its education record over the course of this parliament.

“These publications have to be seen in the context of the government’s increasingly desperate attempts to rescue a policy to which Nicola Sturgeon foolishly pinned her reputation,” McEnaney stated. “As a result, we find ourselves in the ridiculous situation of having an Education Secretary talk about the educational value of these tests while the EIS, which actually represents teachers, tells him otherwise. Readers can choose whether they would rather believe a politician or education professionals, but I don’t think it’s a very difficult decision.”

Scottish Greens education spokesperson Ross Greer MSP responded to the government’s changes by stating: “You can’t fix something which is as fundamentally broken and as at odds with the overwhelming weight of international evidence as the Scottish Government’s standardised assessment programme.”

Greer was also critical of the Conservatives, who had backed the policy and pressured the Scottish Government to introduce it, but now stated that they were never in favour of it, highlighting the discrepancy in the following tweet.

How is this anything other than a straight up lie? On the left, the Tories’ claims today as reported by @petermacmahon. On the right, their manifesto from 2016.

They did not oppose these tests, they called for & welcomed them. Greens (and I believe the LDs) were the opposition. pic.twitter.com/xMoHZlyfmM