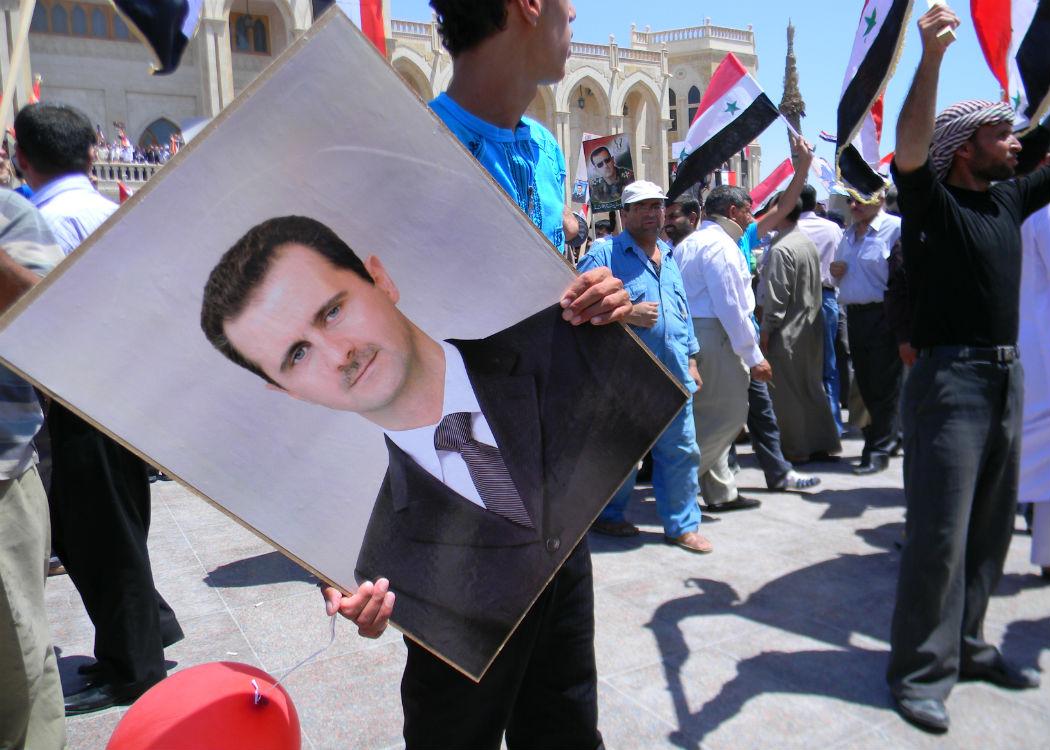 As Russia begins bombing raids on Syria, international tensions over the war-torn country are set to grow.

Around 250,000 people are thought to have died already, and no single government can any longer claim to control Syria. The world’s governments are at loggerheads over to how to resolve the war.

CommonSpace looks at the past, present and future of the many-sided conflict.

How has Syria’s history conditioned the civil war?

The Syrian civil war began with the Syrian revolution in spring 2011, but its roots are in the foundations of modern Syria.

Syria was an effective colonial possession until the end of the Second World War, by which time most European powers were too weak to maintain their empires in the face of anti-colonial movements.

The newly independent Syria transited through a series of coups which left its military strong and its political culture weakened, with its multi-party system being routinely suppressed. Key to the growth of the military was Syria’s proximity to various threats, including an expansionist Israel and a rival in Turkey.

After several changes at the top, Hafez al-Assad emerged as a strong man.

In many post-colonial nations a relatively small ethnic or confessional group, privileged by the colonial order, continues to hold sway following independence. Al-Assad was an Alawite, a small Shiite Muslim denomination, and the dominance of Alawites in the military helped him to cement his power.

How and why did the civil war start?

Syria rose with the Arab revolutions in spring 2011. Though part of the region-wide mass movement against autocracy and poverty, it had distinctive triggers.

Ordinary Syrians, the majority of whom are Sunni Muslims, were exhausted by Syria’s sectarian form of rule. Some had hoped that Bashar al-Assad, who succeeded his father Hafez in 2000, would be a reformer, but the mild thaw he introduced was quickly reversed.

A significant drought which was causing poverty, hunger and dislocation in the countryside in the years leading up to the revolt is also thought to have been a factor.

The Syrian regime launched a vicious crackdown against the initially peaceful and popular revolutionary street movement. Continued brutalisation strengthened those within the revolutionary movement and soon produced innumerable paramilitary factions.

This fragmentation and militarisation of the Syrian revolution was compounded by foreign intervention, ranging from non-military aid and intelligence to arming and training of different rebel militias. Gulf States like Quatar and Saudi Arabia, Turkey, the US, France and the UK have all vied for influence among different rebel factions.

The Syrian regime, which enjoys little popular enthusiasm, has been propped up by its allies Russia and Iran, who have both provided arms, training and military direction. Hezbollah, an Iranian-backed Lebanese militia, has intervened in the civil war on the side of Assad. Russia has bombed Syrian opposition targets .

How can the war be resolved?

Debates have raged since the beginning of the conflict over what a resolution would look like. At various turns in the conflict it has looked like either Assad or rebel factions could triumph, only for the conflict to settle back into stalemate.

Assad holds onto the populous western portion of Syria, but after four years of war he lacks the manpower to reclaim the roughly 80 per cent of the country no longer in his sway.

Russia continues to urge that a peace process must involve Assad, the west including the UK and US continue to insist his standing down is a pre-condition for peace.

It remains an open question whether Syria will avoid cantonisation into several statelets.

Who are the main military actors?

The Syrian armed forces : The power behind the Assad dynasty, the Syrian security apparatus is staffed outwith close family and friends of the ruling family. The regime is responsible for the majority of deaths in conflict, having recourse to the greatest destructive capacity.

The Free Syrian Army : In part formed by Syrian Arab Army defectors, in part by ordinary Syrians desperate to act in self defence. It has found itself marginalised by the rise of Islamist militias.

Al-Nusra Front : Al-Queda’s franchise in Syria, mostly operating in the north and east of Syria. Islamic State was in part a split from Al-Nusra.

Islamic State/Daesh : So-called Islamic State operates under many names. It emerged from the power vacuum throughout much of the north and west of Iraq as well as in neighbouring Syria. It nominally controls large tracts of land and was a major beneficiary of the war.

Kurdish forces : The movement for Kurdish autonomy is split into several factions, including the leftist PKK, and the centrist KDP. Both have a long history of organising armed militias and have fairly robustly defended Kurdish areas.