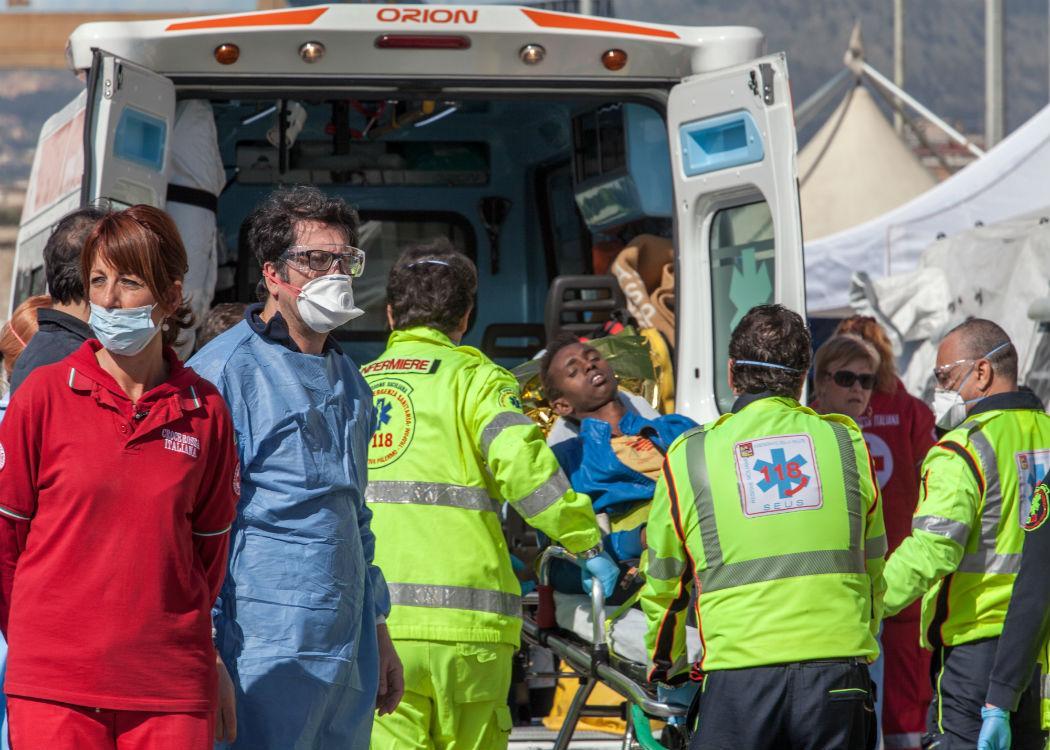 SNP position is markedly different from that of the UK Government

FORMER SNP leader and First Minister Alex Salmond has said that Home Secretary Theresa May is “hopefully misjudging” the migrant crisis in the Mediterranean, and argued for the UK to take its “fair share” of refugees in.

Salmond’s position marked out the first battle lines between him and the UK government in his new role as foreign affairs spokesperson for the SNP at Westminster.

UK navy ship HMS Bulwark picked up hundreds of migrants on Wednesday attempting to reach mainland Europe on inflatable boats. On the same day, May wrote in the Times that the EU approach of seeking to take migrants who are saved from drowning in the Mediterranean in would create a “pull factor” for economic migrants to risk making the perilous journey, and argued that focus should be on tackling traffickers and returning refugees to Libya, where most of the migrants are setting sail from.

Salmond, speaking on Channel 4, chastised May for her approach, saying that she “is hopelessly misjudging this issue” and said Britain should take the same number of refugees as countries like France and Italy did last year, 64,000 (compared to the UK’s 31,745), adding that the Scottish Government would “argue for” taking its proportionate share within that total figure.

“Where are these people to go if they were all settled, can they all be returned? Doesn’t seem likely. And they can’t stay in the hold of a warship in the Mediterranean for any degree of time,” Salmond argued.

When asked if there was a concern that allowing refugees in the UK would put a strain on public services, Salmond replied: “Most people are human beings. When they see people in their extremity they want to do something to help, and I think a government which doesn’t understand that basic instinct of the Scottish people, and indeed the English people, isn’t the sort of government that represents people properly.”

The EU’s new quota system plans to bring in an additional 20,000 asylum seekers to Europe over the next two years, with countries taking their share based on their ability to accommodate refugees.

Britain, along with Ireland and Denmark, is exempt from the quota system under EU law, but if it chose to opt-in it would take in an extra 2,309 (11.6 per cent) asylum seekers.

More than 1,800 migrants have drowned at sea trying to reach mainland Europe this year, a sharp rise on last year due to Italy’s decision to end its coastal service last year which saved many migrants in distress. The service was replaced by a more scaled down version funded by the EU, but after approximately 950 people drowned in the Mediterranean in April a functioning rescue service was re-instated.

The EU is also looking at military measures against human traffickers trying to smuggle migrants across the Mediterranean by boat, and has vowed to work with officials in war-torn Libya to tackle the crisis.

Part of the plan is also to send back people believed to be ‘economic migrants’ rather than those seeking asylum from being destitute or endangered, but EU Commission Vice-President Frans Timmermans has admitted that they have been largely unsuccesful in doing this so far.