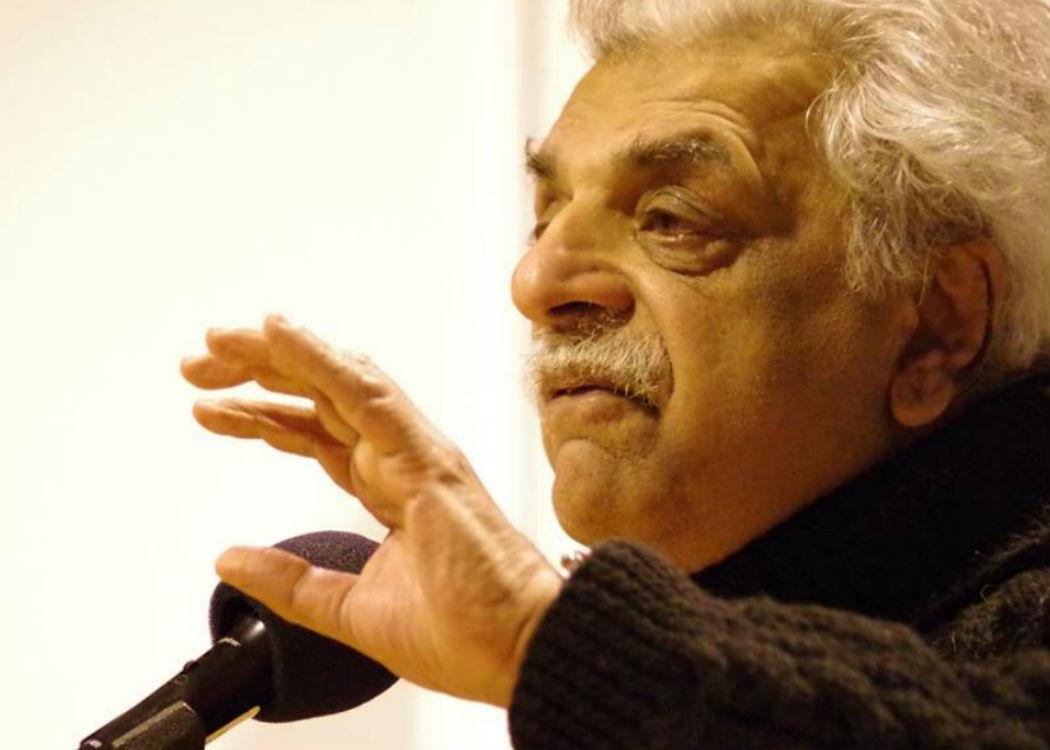 Change in Scotland is definitive and not a spasm, says Ali

RENOWNED author and activist Tariq Ali has declared that Scotland is changed permanently and now offers a real alternative to the “extreme centre” that dominates Westminster.

Speaking at a meeting organised by Common Weal Edinburgh North and Leith, Ali was joined on the platform by Common Weal director Robin McAlpine and Jonathon Shafi of the Radical Independence Campaign and Scottish Left Project.

Ali, who visited Scotland regularly during the referendum campaign said: “In England what one sees is the incapacity of the ruling elite in Westminster to understand that what has happened in Scotland prior to the referendum and now is quite definitive. It wasn’t a spasm. I see that with my own eyes.”

The referendum, Ali said, was “successful in politicising Scotland in a way that England has not been, certainly since 1945”.

“In Westminster there’s an incapacity to understand that what has happened in Scotland prior to the referendum and now is quite definitive.” Tariq Ali

The movement for change in Scotland offered hope against the Westminster politics dominated by what Ali called the “extreme centre”.

He said: “The neoliberal economic system… cuts out any real political discussion debate or diversity. So the two main parties can differ on small matters but on the fundamentals of how the system operates there is complete agreement.

“This extreme centre makes war on behalf of the United States, it wages war on its own people via austerity, it controls the media as its never been controlled before to disallow divergent opinions from being heard.

“But there are enormous possibilities at the moment. We must abandon the sectarian approaches to politics and fight for something much, much broader. The huge membership surge in the SNP and the Greens was the first real indication that people wanted to fight on and Labour didn’t understand that.”

Robin McAlpine gave an overview of the work that Common Weal is doing nationally and praised Ali’s intervention in the independence debate.

“There are enormous possibilities at the moment. We must abandon the sectarian approaches to politics and fight for something much, much broader.” Tariq Ali

“Tariq gave real important intellectual weight to support a progressive vision for an independent small nation when most people thought we were a backwards campaign. It was incredibly important and moved a lot of people,” he said.

Jonathon Shafi raised the issue of Britain’s ongoing scapegoating of the muslim community and said that it must be resisted.

“For years, what the establishment has been doing is to demonise the muslim community,” said Shafi “As a movement we have to say that we stand with the muslim community against any attempt to stir racial hatred. We say that you do not have to apologise for anything because you are fellow citizens and part of our society.”

Jamie Szymkowiak from Common Weal Edinburgh North and Leith (CWENL) said that by putting on events the group “hope to inspire people to think a bit different and focus on the left as opposed to the mainstream media’s obsession with the right”.

The event, which was held at the Out of the Blue Drill Hall in Leith, attracted over 250 people and was streamed online via Independence Live.

CWENL host a range of political and cultural events. The group plans to host two General Election hustings and Syzmkowiak said that the group is a place from people from different parties and none to come together to discuss alternative politics.

“Between the main organisers, I’m in the SNP, Scott McDonald in the Scottish Socialist Party and Sarah Beattie Smith is in the Green Party. We’re all working together for a common aim to open peoples minds up to an alternative mode of government,” he said.