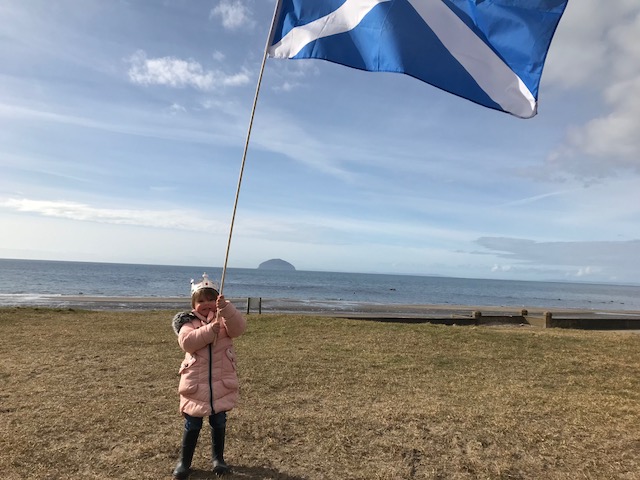 ‘TARTAN CENTS’, an initiative seeking to drum up donations from the US-based Scottish diaspora for community regeneration projects has been launched to coincide with the 20th anniversary of New York Tartan Week.

An annual parade will take place in the city on Saturday marking ‘Tartan Day’ with an anticipated crowd of over 30,000 people. It is estimated that 6.6m people with direct Scottish heritage are living in the US today, and Scottish community planners are hoping to make the most of the connection.

In a partnership with US-based community spaces crowd-funding platform Patronicity, Scotland’s Towns Partnership is aiming to secure funding for three pilot regeneration projects in Scotland by encouraging both Scots and Americans to contribute to upholding their shared history.

Chief officer of Scotland’s Towns Partnership Phil Prentice said: “This year is the twentieth anniversary of New York Tartan Week, a week of celebrations of all things Scottish. Scotland’s story is one of invention, migration and immigration and the cultural identity linked to strong social values.

“Scotland invented most of the modern world, from penicillin, to roads and bicycles, to the television and telephones.

“The Tartan Cents concept is an innovative first, looking at global connections to support the Scottish homeland.”

The Pittencrieff House project seeks to regenerate the Dunfermline-based family home of General John Forbes, who went on to found the city of Pittsburgh in America in 1785. Going forward, the fundraisers are aiming to host community events, education projects, exhibitions and other activities in the building.

The Adam Smith Birthplace Initiative is raising money to purchase and restore Adam Smith’s garden in Kirkcaldy and to use augmented reality technology to bring the renowned economist and philosopher “back to life”.

Spirit of Scotland in Girvan will be an Augmented Reality Town Trail to allow people to walk in the footsteps of Robert the Bruce, Robert Burns, and other historical figures such as the local fisher-folk, weavers and whisky smugglers who lived in the town over the centuries.

Rob St. Mary, director of Outreach at Patronicity commented: “Patronicity has helped dozens of communities in the United States create better places to live, work, and play through the power of crowd-granting over the past five years.

“We are honoured that our first international foray is Scotland, for several reasons. First, we know the innovative spirit of Smith, Watt, Carnegie, and so many others still burns bright inside today’s Scots. That fire can help make stronger, more vibrant communities for all.

“Second, a very personal one, Scotland is the homeland of my mother who emigrated to the U.S. with my aunt and grandparents in 1970. I still have close family and ties in Scotland. I feel many of us who share this great heritage have sought a meaningful way to connect back home.

“I see Tartan Cents, in partnership with local communities, as a way to give back to a place that has given us so much.”

The concept was initially launched at the Scotland’s Towns Conference in Paisley in November 2017, and the funding platform will be opened from 6 April on the Patronicity website.