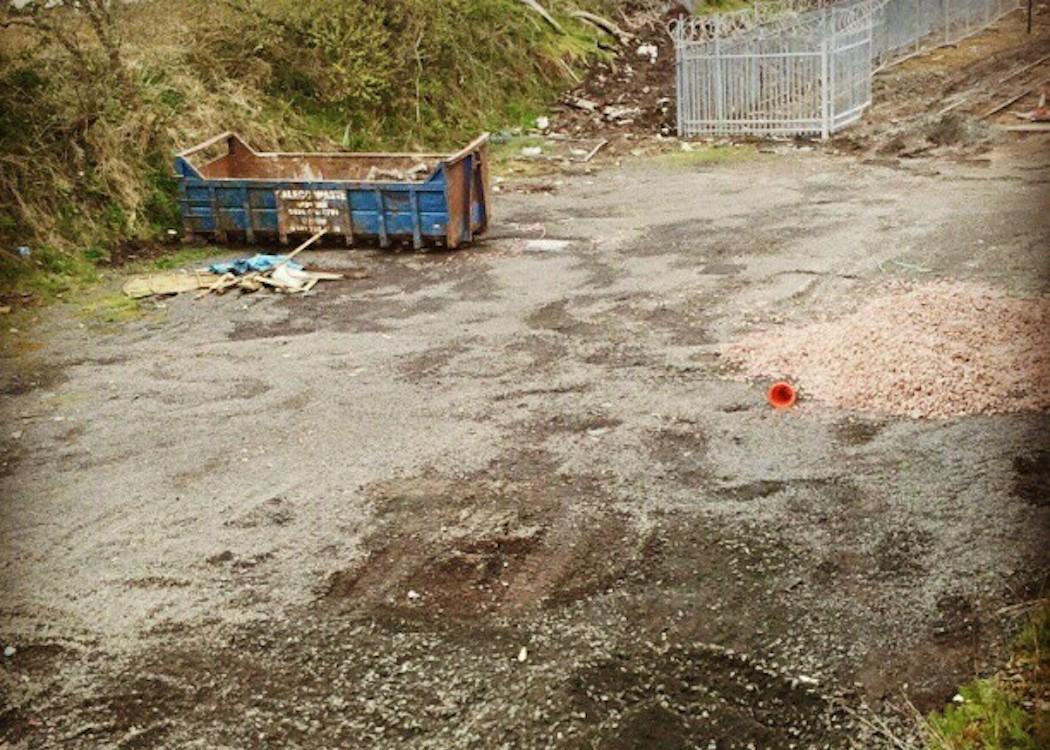 WASTELANDS would fund a massive expansion in house building if Scottish Green proposals to strength the Land Reform Bill were accepted.

The party proposes removing the tax exemption for derelict land, meaning developers and land bankers would no longer have an incentive to leave urban areas run down or out of use.

The Greens calculate that taxing Scotland’s 11,000 hectares of derelict land would raise around PS300m to fund extra housebuilding and provide a wider incentive to create jobs in the poorest urban communities.

Andy Wightman, land reform spokesperson for the Scottish Greens and MSP candidate for Lothian, said: “There’s a housing crisis in Scotland and many of us will know of a piece of derelict land near us that could be home. It’s not right that wealthy developers who hold on to land that could be used for houses aren’t required to pay any tax on it. This blockage pushes up the cost of land elsewhere, pushing house prices and rents out of the reach of many.

“Over half of Scotland’s most deprived communities are within 500 metres of vacant and derelict land, so the opportunity to tackle inequality using the Land Reform Bill is clear. By amending the Bill, Scotland can tax owners of derelict land, encourage productive use of that land, and bring in much-needed revenue for housebuilding. Scotland can unlock the huge potential in our land but we need Holyrood to be bold.”

Although the Land Reform Bill does propose to end the non-domestic rates tax dodge of sporting estates, derelict land will still not pay the tax like other properties.

Campaigners have highlighted the need for land reform to transform urban landscapes – through a tax system and development programme to provide jobs, infrastructure and wider community empowerment.

Academic David Adams, professor of urban studies at the University of Glasgow, called for stronger compulsory purchase powers to require owners sitting on derelict land to ‘use it or lose it’.

Protesters previously gathered on Waterfront harbour , a failed development in Edinburgh owned by Sapphire Properties the British Virgin Isles tax haven. They called for reform so that wastelands such as the derelict site in Leith could be brought into productive use.

The focus of ‘community right to buy’ – which has seen an explosion of land owned by communities to over 500,000 acres – has been on the Highlands and Islands, although this is now being extended across the country.

The Scottish Greens also proposed that a ban on owning land in non-EU tax havens – included then dropped by the Scottish Government in its land reform programme – be reinstated in the Bill to increase transparency.

Wightman added: “Improving transparency is vital to understanding who benefits from our land. The government’s refusal to include an EU registration clause in the Bill is deeply disappointing.

“Our amendment would put a stop to all further landownership by secretive companies in tax havens. By confining ownership to EU-registered companies we can ensure that moves being made in Europe to tackle laundering and secrecy are much more effective since, to date, many secrecy jurisdictions have refused to co-operate. That has to be better than the status quo.”

The Land Reform Bill – which aims to change Scotland’s feudal relationship with land – has been criticised by the public and MSPs, and rejected by SNP conference for not going far enough to tackle the inequalities of land ownership.