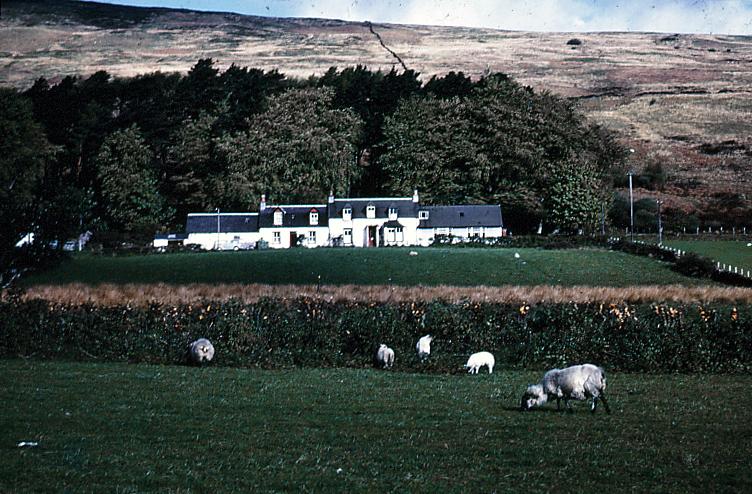 Report a small step forward according to farming community

PLANS to reform agricultural rights have received a lukewarm response from the Scottish Tenant Farmers Association (STFA) due to its limited progress on expanding the right to buy farm holdings.

A report on Agricultural Holdings, released to the Scottish Parliament yesterday, presented 49 separate recommendations, but failed to support a general right to buy.

While welcoming the publication as a step forward, chair of the STFA Christopher Nicolson said: “This report was never going to please everyone, but it has made a significant effort to respond to the concerns raised during the consultation process and its conclusions will be received warmly by most tenant farmers.”

“While the right to buy a tenant farm may be strengthened in the case of ‘bad landlords’, there remains no general right for farmers to purchase their land as permanent properties,” STFA chair Christopher Nicolson

He continued, “The tenanted sector has suffered badly over the last few decades with declining relationships between landlord and tenant which have resulted in some high profile disputes and many low profile areas of dissatisfaction. The creation of a Tenant Farming Commissioner with powers to establish and regulate codes of practice is a welcome initiative and its statutory basis will be key to the success of many of the Review Group’s proposals.”

While the right to buy a tenant farm may be strengthened in the case of ‘bad landlords’, there remains no general right for farmers to purchase their land as permanent properties.

Nicholson added: “Many tenants will be disappointed that the report has chosen to propose powers to force the sale of a tenanted farm to escape the clutches of bad landlords rather than introduce a more general right to buy.”

“Although this proposal deals with the problem of bad landlords it does not address the difficulties faced by tenant farming businesses whose progress is inhibited by their tenancy. There is no doubt that on becoming owner occupiers, tenanted businesses invariably grow and prosper. We consider that the Group has made a grave error in not taking this into account in its research.”

The Agricultural Holdings Report was tasked with investigating support for tenant farmers, fair rents and to modernise tenancy legislation. Agricultural holdings are land, buildings and equipment which are subject to a tenancy agreement between a farmer and a landlord.

Cabinet Secretary for Rural Affairs and Food Richard Lochhead, commenting in a press release from the Scottish Government, said: “This is a once-in-a-generation review with wide ranging and radical recommendations aimed at ensuring a secure and vibrant future for the sector.”

“Some of these proposals relate to right to buy and are intended to provide tenants with a solution to escape the clutches of bad landlords – but for the vast majority of landlords, who have positive relationships with their tenants, these recommendations will pose no threat.”

Previous legislation in 2003 provided a pre-emptive right to buy, if the land where the tenant lived was put up for sale. However, many of Scotland’s large estates are rarely sold on the open market. As a consequence few tenants have accessed the right to buy.

Any further legislation will face a tight time-scale to be passed before the May 2016 election. STFA have made it clear that they oppose a stand-alone bill.

Nicolson said: “There is a real fear in the tenant farming community that there will be pressure to deal with agricultural holdings legislation as a stand-alone bill and/or consider some of the more controversial measures at a later date. This will inevitably lead to the bill being postponed to the next parliamentary session and many of its proposals kicked into the long grass. This is too important a bill to be delayed or become a political football.”

Scottish Land and Estates, which represents the countries biggest landowners, have argued that agricultural holding should be dealt with separately from wider land reform.

Minister Richard Lochhead will decide how the government will respond to the report in the weeks ahead.