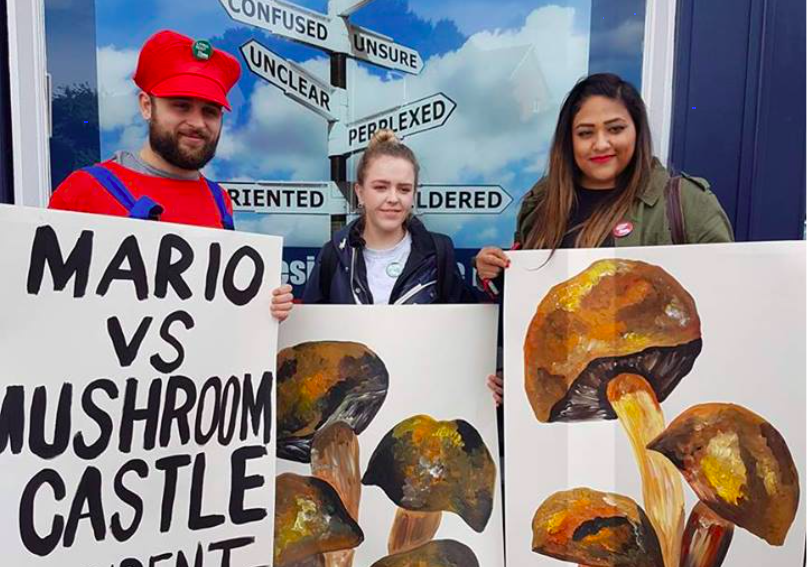 A TENANT has been prescribed anti-depressants after a nightmare ordeal with her landlord.

Lauren Lyttle is being charged £835 per month to live in the flat which has had two rooms condemned by environmental experts Rentokil as it has poisonous mushrooms growing in it.

The Living Rent Union (LR) is backing Lyttle who rents the property on Nitsdale Road in Glasgow. 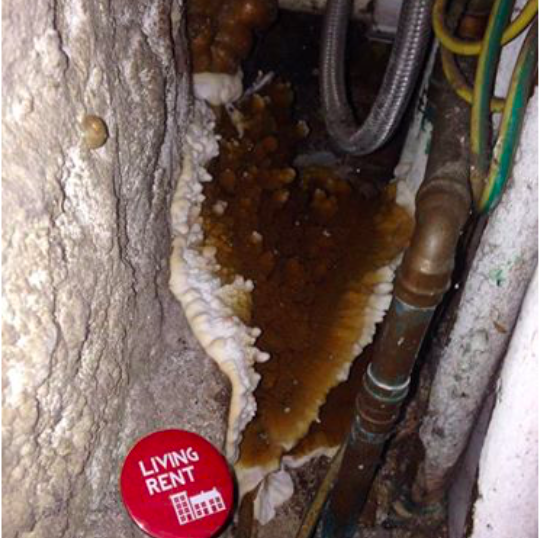 “The intimidation tactics from both the landlord and the letting agent has been insane.” Lauren Lyttle

She said: “The intimidation tactics from both the landlord and the letting agent has been insane.

“I’m missing work, my boyfriend’s missing college and I’ve been put on two different anti-anxiety medications, I don’t know what else to do.

“I’m scared to leave the house because the landlord just does what she wants.”

The flat is being let out by Castle Residential (CR) in Paisley on behalf of Marilena Vassalos. Work is currently being carried out to repair problems caused by severe dry rot, but Lyttle claims this has left her with no kitchen. 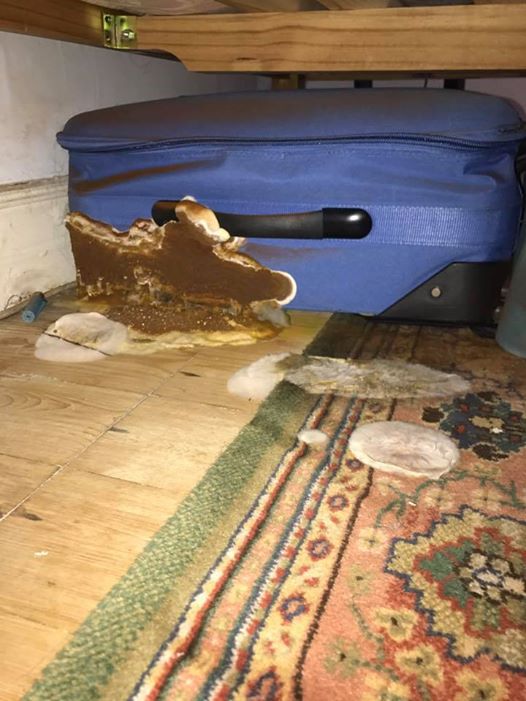 She claims the only running water she has access to is from her toilet. Lyttle also told us two men claiming to be from the letting agent tried to get into her flat at 9pm one night to remove her belongings before she called the police.

LR claim that Castle Residential agreed to meet with Lauren on Wednesday, but have since refused to cooperate if LR attend with her.

Craig Paterson, Living Rent Spokesperson said: “Castle Residential’s refusal to meet with Lauren and her advocate from Living Rent is a blatant attempt to intimidate one our members into not exercising their rights.

“The extreme nature of this case highlights the depths to which the private rented sector in Scotland has sunk.

“We once again implore Castle Residential to come to the table and resolve theses issues. If not then we will step up our campaign in defence of our members.”

LR set up a picket outside CR’s office on Saturday after they refused to maintain the property to legal standards. 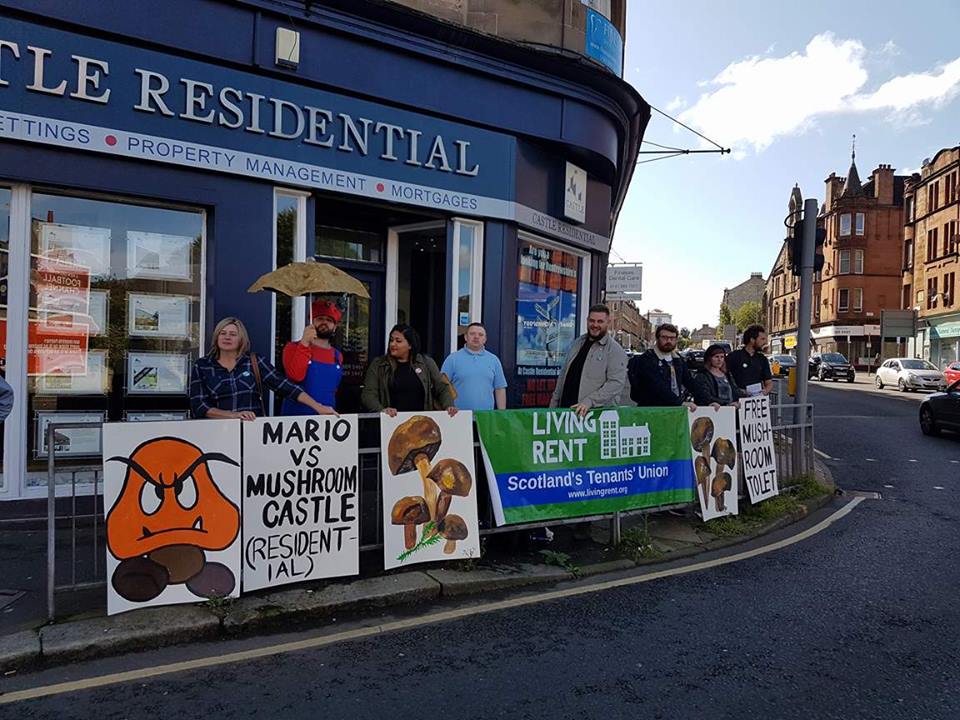 This came after Lyttle showed them pictures of the dangerous-looking mushrooms growing in the flat she rents with her partner.

Lyttle claims the flat has no cooking facilities and she has never seen a gas or electricity safety certificate.

“We challenge anyone to say they think this property is safe and habitable.” Living Rent Union

Paterson said: “Over the last 6 months we’ve taken on dozens of cases, but this is by far the most extreme.”

“The sheer state of disrepair,  the illegal fees, the outrageous reaction of the landlords to our intervention and with an eye watering monthly rent of £835, this case is a stark reality of the rented housing sector is Scotland.”

“The landlords and the letting agent should be ashamed of themselves. We challenge anyone to say they think this property is safe and habitable.”

LR hoped to resolve the matter for Lyttle by having money repaid to her by the landlord due to the unsatisfactory state of the property.

Castle Residential say they are happy to meet Lauren but not LR as they called into question the union’s proffesionalism.

They also told us that flat has up to date safety certificates.

Castle Residential said: “We have been trying to work with both landlord and tenant to find a resolution to the issues within the property but as managing agents often do, we find ourselves caught in the middle and try to mediate as best we can.

“The tenants want backdated rent to be returned to them from when they moved in, however the landlord is refusing to agree to this. Castle Residential do not currently hold any funds for this property.

“It is extremely unfortunate the tenants and this organisation appear to have the misapprehension that we can do anymore than we have done, but it has to be remembered, we only act as agent and do not own the property and therefore have not retained any rent.”

We contacted Marilena Vassalos but she refused to comment.