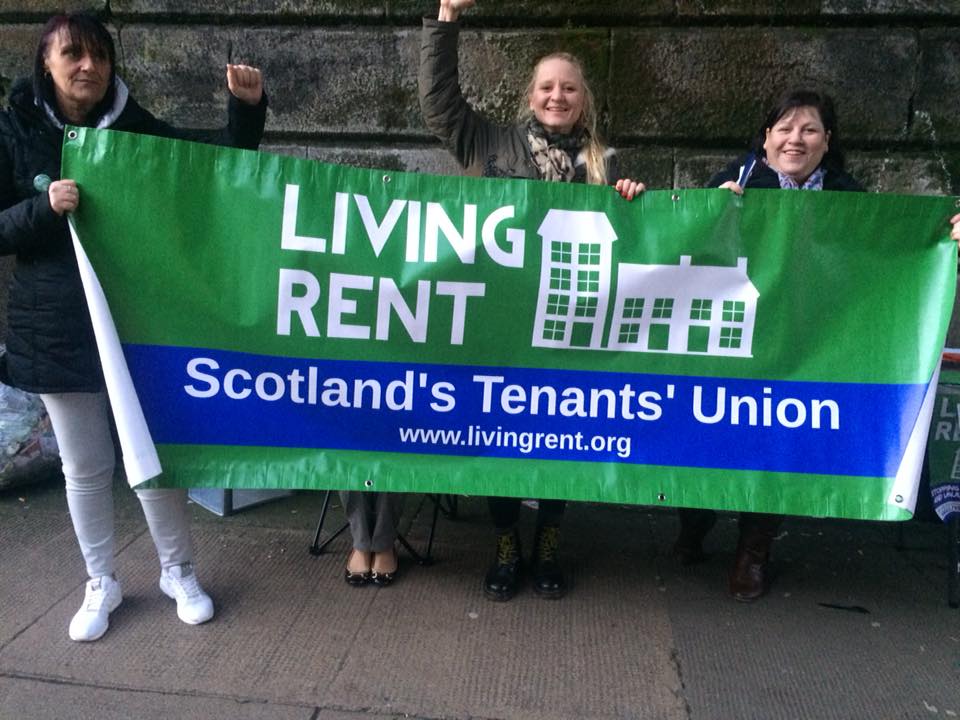 THE TENANTS’ UNION Living Rent is inviting supporters on Thursday 23 November to commemorate and learn from the struggles of legendary tenants’ rights campaigner Mary Barbour and the other Glasgow women involved in the rent strikes of 1915.

The fundraiser at Kinning Park Complex will feature the documentary film Red Skirts on Clydeside, which shines a spotlight on women’s history, focussing on Mary Barbour, Jean Ferguson, Helen Crawford and Agnes Dollan and their role in campaigning for tenants’ rights.

Joey Simons of Living Rent Glasgow told CommonSpace that while the event looks to the past, the themes resonate strongly with the work campaigners are doing today: “The event is intended as a celebration of tenants’ struggles on Clydeside from 1915 up to the present day.

“But we’re also taking inspiration from the rent strikes in a very direct way.

“Living Rent has been organising across the city for the past year, in both the private and the social rented sector, laying the basis for a fighting tenants’ union that can make a genuine difference.”

The event will also hear from Neil Gray, an academic at Glasgow University who has been researching rent strikes and their importance, and Maria Fyfe from the Remember Mary Barbour Association (RMBA) which has succeeded in raising the funds to have a statue of Mary Barbour erected in Govan.

Simons added: “How we build genuine collective power, how we organise community-by-community, block-by-block, our relationship to other workplace or anti-war struggles, building solidarity across the working class, the crucial role of women in leading and radicalising the movement, attacking the idea of the ‘free market’ and its ability to provide adequate housing for all…

“The rent strikes of 1915, and the women such as Mary Barbour, Agnes Dollan and Helen Crawford who led them, provided one of the most radical examples ever seen of how these questions can be faced and overcome.

“A hundred years on, it’s an indictment of the present system that we’re still fighting the same battles. But we have a proud tradition to follow.”

The night will also include music and poetry by Robert Fullerton and other working class artists, and a meal put together by the Kinning Park Complex community meal team.

The event will operate on a pay-as-you-can basis, with funds raised supporting Living Rent’s ongoing work supporting tenants in Glasgow.

The Mary Barbour statue, for which RMBA raised £110,000, was initially expected to be unveiled in November, but this has now been pushed back to January.