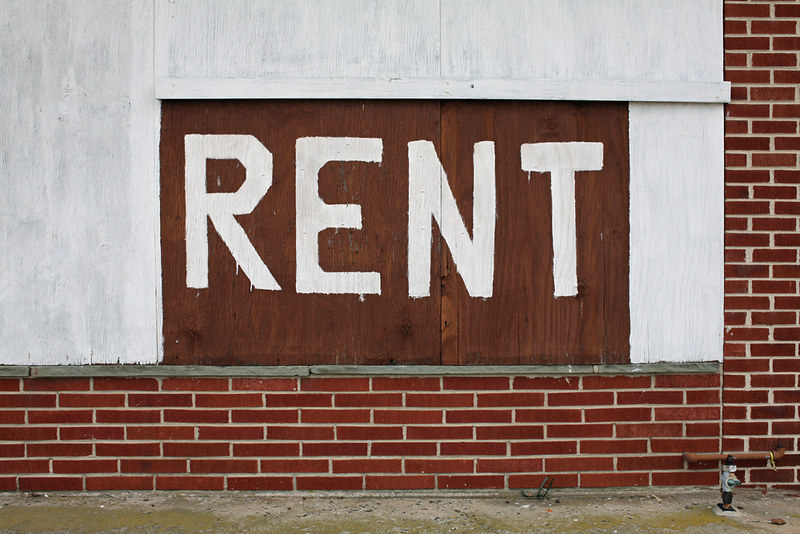 TENANTS’ UNION Living Rent has called on Glasgow Housing Association and a number of other Glasgow housing associations to introduce a ‘No Evictions’ policy with regards to rent arrears caused by Universal Credit.

In a letter delivered today (6 November), Living Rent told housing associations that by making the commitment, tenants across the city could be protected against homeless and destitution.

The letter states: “We understand that the roll out of Universal Credit has had a detrimental effect on the housing benefit received by Housing Associations and has harmed relations between social housing tenants and providers.

“In this spirit, Living Rent is calling on your Housing Association to commit to not carrying out any evictions for arrears arising from Universal Credit.”

Living Rent represents a number of tenants on Universal Credit throughout the city.

The union claims that Universal Credit is a failed system that disproportionately affects tenants, leading to increasing rent arrears, evictions, and homelessness. Since Universal Credit’s initial Scottish rollout in 2013, it has been heavily criticised for creating delays, distress and destitution.

Living Rent member and Universal Credit claimant Frankie Frankgate said: “I really wish I wouldn’t have had to apply for Universal Credit. It’s caused me so much stress.

“I had to take an advance payment as I couldn’t wait five weeks for payment, but that ended up limiting me to £200 a month, which left me struggling all summer long. I was really struggling to pay rent, bills, and eat.

“They keep sending me for interviews and appointments, but it just gets more complicated. It’s a cycle of misery.”

Last year, research from four UK Housing Association Federations showed that nearly 73 per cent of tenants claiming Universal Credit are in debt, compared with 29 per cent of all other tenants.

In a recent survey, Unite the Union found 70 percent of Universal Credit claimants had skipped meals and 42 per cent had been forced to use food banks as a result of claiming Universal Credit .

UK-wide, evictions of Universal Credit claimants from council houses reached an all-time high in 2018/19. Figures from 145 local authorities across the UK showed that 120,000 people on the benefit have fallen into rent arrears.

Housing Associations have been critical of Universal Credit in the past. Last year, CEO of Wheatley Group, which operates Glasgow Housing Association, Martin Armstrong wrote: “[Universal Credit] has left thousands of vulnerable people and families not just worse off, but confused and distressed as they struggle to cope with the every-day demands of life.”

In 2012, Armstrong negotiated a delay in the Glasgow roll out of Universal Credit  with Iain Duncan Smith, who was secretary of state for work and pensions at the time and largely responsible for the creation of Universal Credit.

“But today we’re asking GHA and other housing associations to build on this strong position by joining us in creating a partnership that opposes Universal Credit arrears and evictions, protects vulnerable tenants from further personal suffering, and defends communities from the devastation of poverty and homelessness that is exacerbated by Universal Credit.”