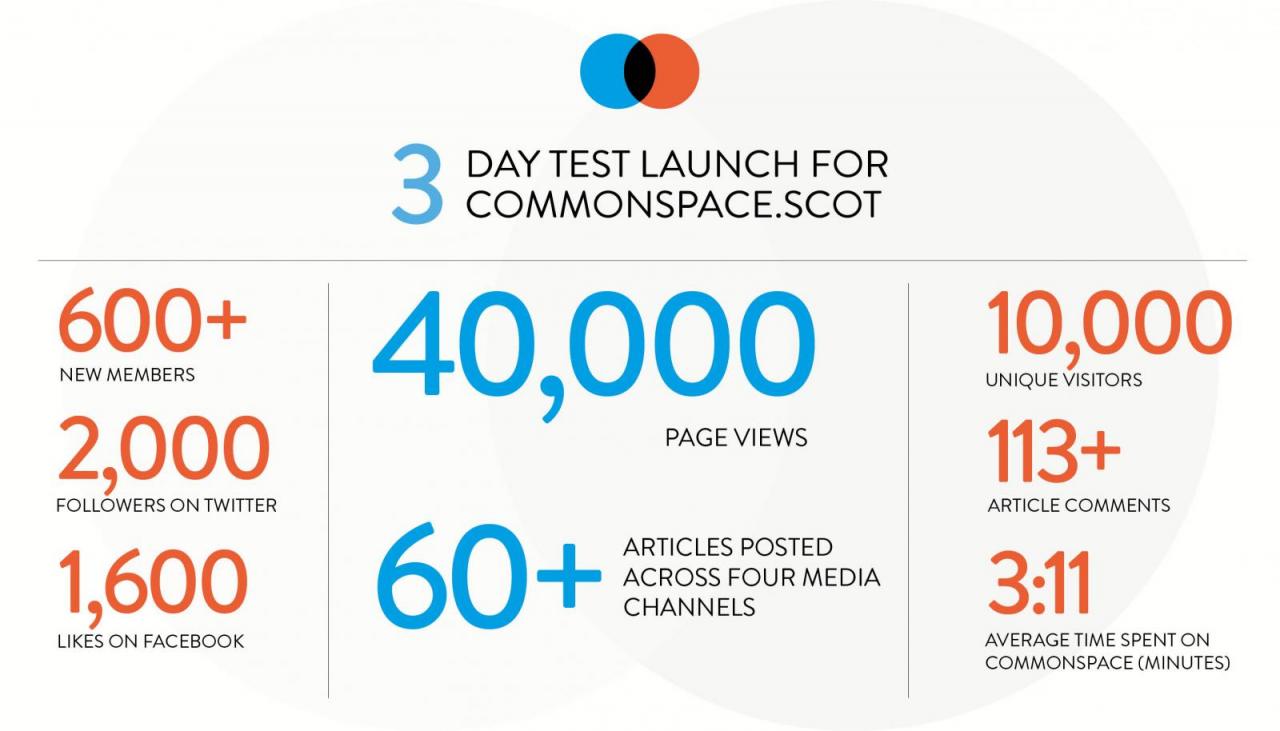 First of all, thank you all for taking part in our test launch and for taking the time to give us the thoughtful and detailed suggestions that you’ve been submitting to the media team.

It helps us massively to know what you think of CommonSpace and the site will only work if it’s built around what works best for everyone.

All of your comments will be passed on to the tech wizards behind the scenes, who I’d like to thank for doing such a great job in producing an ambitious website like CommonSpace in such a short period of time.

The overall design of the site was received overwhelmingly positively by everyone who got in touch, and so we will be sticking with that design – with a few tweaks – moving forward.

Some things will change. Many of you told us that you have trouble reading the text on the story cards, for example, and our web team is already working on improving that.

The biggest request by far from all of you has been for a better mobile presence. The good news is that it’s something we’re already developing, although it’s a shame we couldn’t unveil that during the test launch. We understand how important it is to have a well-designed, functioning mobile presence and that will arrive soon.

We’ve also had a lot of requests for development of the CommonSpace network. Moving ahead, the network will be a huge part of the site and that’s where we hope people will really connect with each other and debate the issues that matter most. We have so many ideas for that part of the site, and we will likely always be developing and tailoring it.

Privacy and data protection is also another important issue for people, and we will carry on consulting with you to make sure CommonSpace is a safe place in which our members are comfortable. The great news is that those of you who signed up for the CommonSpace network during the test launch are as excited as we are about the potential of it, and by working together it can really become an innovation in Scottish media to be proud of.

The website will stay online over Christmas to allow people who didn’t get a chance over the last few days to have a browse and get to know it. The sign-up function for the CommonSpace network will be closed until we return on 6 January for our full launch, and at times the site may go offline while the web team are working on it.

I’d like to say one more huge thanks to everyone for the support in getting CommonSpace up and running. The Common Weal – which owns CommonSpace – is funded entirely and directly by you, the public, and without your donations we simply wouldn’t be at this exciting stage in Scottish media.

We hope you have a great time over the Christmas holidays. Here’s to 2015 and beyond!