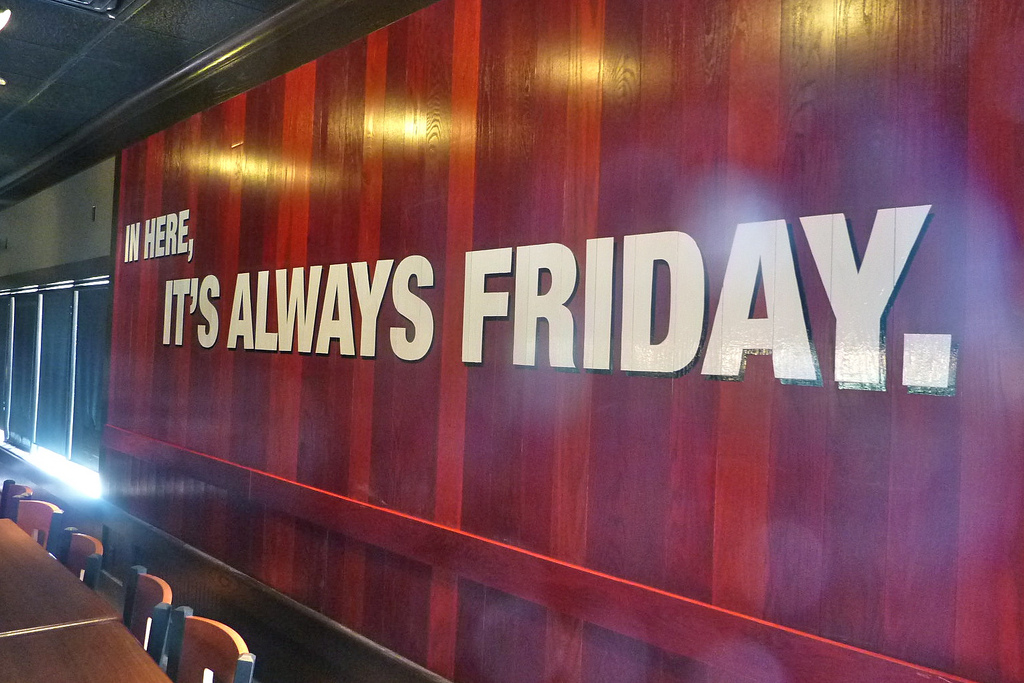 WORKERS will stage a bank holiday walk-out at one the UK’s busiest food chains amidst a row over “tip robbery”.

Workers at two branches of the popular food chain in London will walk out of work for three days after staff unanimously agreed to support strike action.

76.5 per cent of workers returned their ballot despite reports that some managers pressurised workers not to take part in the vote, and staff will walk out of work at the Milton Keynes, Covent Garden and Stratford City branches of the food chain for three days starting 24 August.

The vote came after a prolonged dispute over a new company policy on tips which means money earned by the front of house staff through tips will be redirected to top-up the “poor wages” of kitchen staff.

Unite estimates that the change, which was introduced with no consultation and two days notice, will leave those affected as much as £60 a week worse off. The company said it was making the change to address the high turnover of kitchen staff.

The restaurant chain, which originated in America, has 81 branches in the UK. CommonSpace was unable to ascertain whether a similar action was being planned at the chains four Scottish restaurants, but the new tip policy will also impact Scottish workers.

Workers at TGI Fridays argue that their tips should not be redirected to kitchen staff and say that the company should pay a fair wage to attract people to work in its kitchens.

Read More: Exclusive: Underpaid, overworked and kept ignorant of their rights: the exploitation of Edinburgh Fringe workers – and the fight against it

Speaking to CommonSpace on condition of anonymity, one TGI Fridays staff member in London said that despite some resistance from a few managers, workers were keen to join Unite the Union and get involved in the action to protect their income.

“Some managers have been supportive, especially those who have climbed the ranks after working front of house. Others have seen the action as a complaint against them as managers, but we know that this policy isn’t theirs and they have only been told to implement it,” she said.

Most staff at the company are understood to earn minimum wage, and as is common throughout the hospitality sector most staff rely on tips to “top-up” their pay packet. Despite the company diverting the workers’ tips, the company CEO Karen Foster was recently awarded a 40 per cent pay rise, from £260,000 to £365,000 per annum.

The poor pay received by the chain’s kitchen staff falls below the UK average of over £12 an hour, according to the jobs site Indeed.

The action is the first in the UK to be centred around tipping policy, and trade union sources suggested that staff at other restaurants across the UK, including Scotland, were watching the campaign closely. Lara McNeill, who sits on Labour’s national executive committee, said: “TGI Fridays workers are setting a brave example to all hospitality workers, and showing the bosses that taking tips that workers use to top up their wages in a low pay environment, is not acceptable.

“It’s inspiring that these predominately young workers are taking such decisive action against injustice at work and I hope it starts a snowball of industrial action in hospitality workers against low pay and stealing of tips.”

According to the TGI Fridays staff member CommonSpace spoke to, customers who are aware of their plight have been supportive: “After some staff appeared on BBC news, I heard from a colleague in another restaurant that one guest had mentioned it when she was being served.

“In the end, the tables around that guest were all talking about it and showing their support, and their servers felt really empowered by that.”

Unite official Rhys McCarthy told CommonSpace about how the union was supporting the staff:  “Despite facing intense pressure from the company not to strike, our brave members in these three restaurants are taking a stand to stop the bad practice across the entire business.

“It takes immense courage to take on a hedge-funded owed, multi-million company like TGI Fridays but the support that our members have had from the public has been great.  Customers do not appreciate the deception.  They left their tips for the staff and that is where they should go.

“This is a company that thinks it can just shrug off our members’ concerns and ignore approaches from the Advisory, Conciliation and Arbitration service Acas with no thought as to the hardship it is causing.

“We urge TGI Friday’s to work with us to find a better way forward. We are ready to talk to find a sensible solution to this dispute but TGI Friday’s must recognise the distress and hardship its decision has caused, and start rebuilding trust.”

A spokesperson for the American-themed chain said:  “Our team members are a part of our Fridays family and we care about them. We believe all our team members should be treated and paid fairly.

“We are listening and are collectively working to find a resolution. In the meantime, we will be doing all we can to ensure our guests receive the usual great dining experience and that the restaurant remains open as normal.”