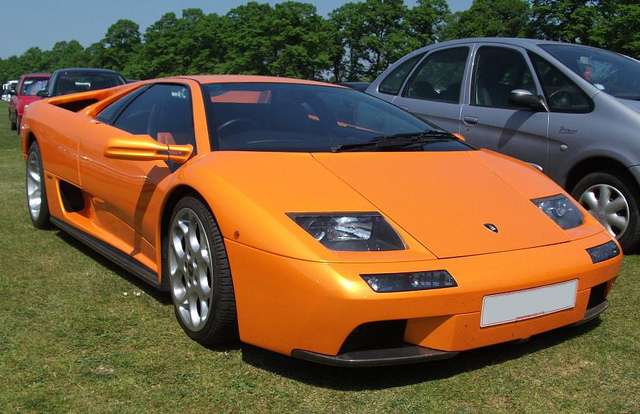 A NEW report by the Resolution Foundation examines the changes in wealth and how it is distributed over Scotland’s recent history.

CommonSpace looks at five of the key findings in the report.

Wealth – the value of all assets in the economy, including pensions, property, possessions and savings – is rising as a proportion of the total economy, growing from 5 to 7 times Scottish GDP in just 12 years.

In fact, wealth is now a bigger part of Scotland’s economy than that of the UK’s as a whole, a recent change.

The significance of this is that it suggests Scotland’s economy is geared more towards asset-price inflation – the rising value of already accumulated wealth like property – than to earning income through the labour productivity.

This can create dangerous incentives: rather than invest in labour-intensive industry or R&D, investors can instead be motivated to put money into property speculation to secure higher returns. While rising asset values is good for homeowners, for those without the cost of rent becomes more expensive.

Wealth inequality is nearly twice as big as income inequality

Whereas much attention on tackling inequality is focused on closing the income gap, in fact the much bigger source of inequality – nearly twice as big – is in wealth.

The poorest half of Scots tend to have close to zero wealth: one-quarter have less than £500 in savings, while 7 per cent have no or negative savings.

The wealthiest 10 per cent of Scots, on the otherhand, have wealth far surpassing their income, from financial investments, private pensions and the rising value of assets, most importantly in property.

While having wealth makes the generation of more wealth easy, not having it makes it very difficult to catch up. A top 10 per cent income earner would have to save everything they earn for 19 years to be in the wealthiest 10 per cent. That makes social mobility – the idea that you can get to the top regardless of your background through hard work – a figment.

One of the most obvious financial mechanisms to work against social justice is inheritance – inequalities of one generation pass to the next one purely through virtue of the wealth of your parents.

Inheritance is increasingly important in Scotland, with tax revenue raised from Scottish estates rising by 31 per cent from 2014-15 to 2016-17.

Who gets the inheritance bonus is almost entirely dependent on whose parents had wealth – for those who didn’t, rising property wealth just makes it harder to get on the housing ladder and rent costs more costly as a proportion of income. Rents in Edinburgh and Glasgow are up more than one-third since 2010.

But for those who do get inheritance, they on average have to wait until their early 60’s before they can access it, so it won’t solve their housing issues until late into their life.

Regional inequalities in wealth are massive and growing

One of the consequences of wealth becoming a greater size of the total economy in Scotland is its regional impact, as regional wealth inequalities are stark. 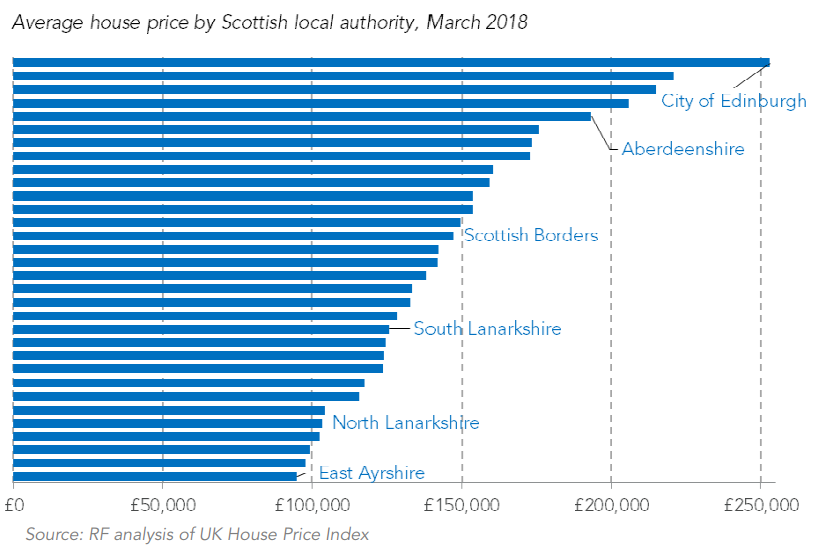 With average property prices in Edinburgh more than double that of East Ayrshire, the danger is that Scotland goes the way of England, with the Central Belt – Edinburgh in particular – becoming the wealth magnet sucking financial resources and young people away from other parts of the country, in the way London and the South-East does south of the border.

Taxes on wealth haven’t grown since 1965 – despite household net wealth more than doubling in that time. 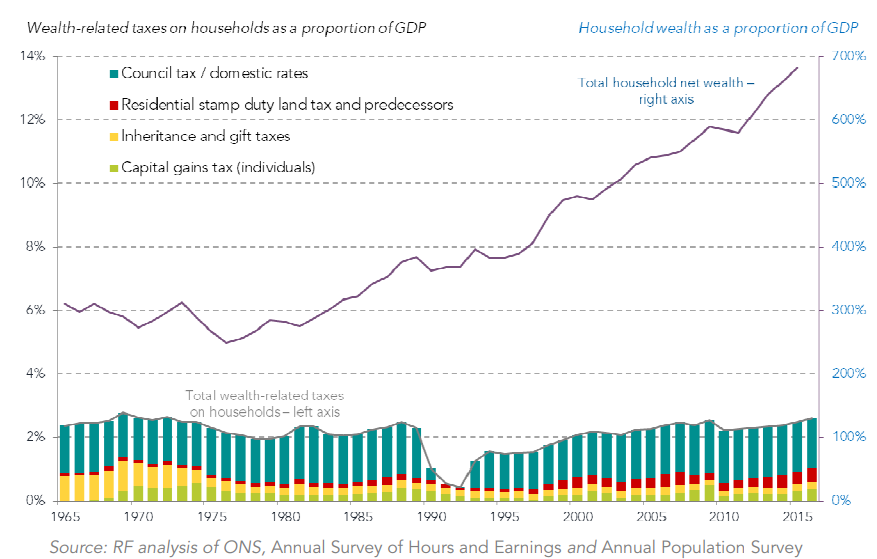 The main source of tax revenue on wealth, the Council Tax, is devolved to the Scottish Parliament.

The Scottish Government introduced a small change to the Council Tax in 2016 – those in the most expensive band of properties (band H) now pay 3.7 times more than those in the poorest properties (Band A) whereas previously they paid three times as much – but the tax remains regressive, as Band H properties are worth at least 15 times as much as Band A properties. Payment is not based on ownership of the property either, as those who rent are charged (rather than the property owner) who own, therefore in many ways it is not a tax on property wealth.

The Scottish Greens have stated they will not support the Scottish Government’s budget for 2019/20 unless council tax is reformed to a tax on property/land that taxes wealth fairly.