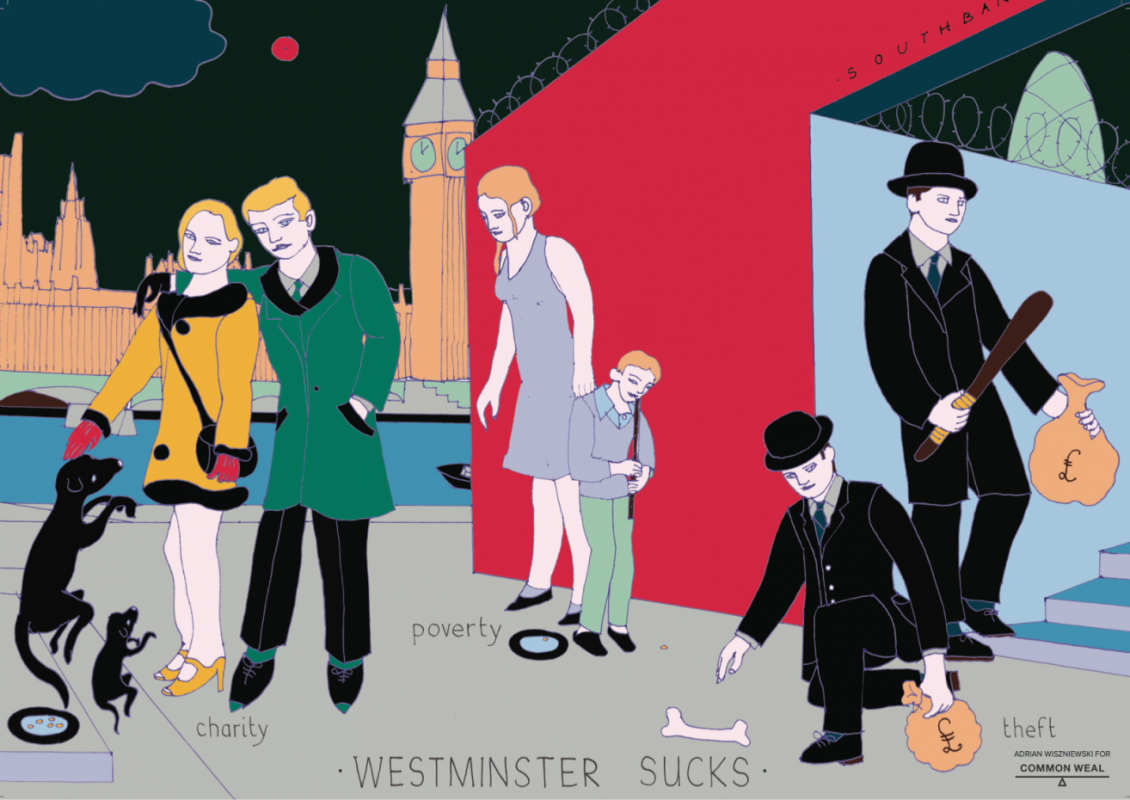 TO celebrate its Red Lines Campaign Common Weal has commissioned five artists to produce a piece of art to illustrate proposals to transform Scotland and the UK.

The campaign calls for political parties to adopt five goals which should become non-negotiable ‘red lines’ in any discussions of Westminster coalitions or in negotiations between parties.

The five red lines – and the artists who illustrated them – are:

Under the slogan “small can be powerful, your vote can count”, the Red Lines Campaign is intending to take advantage of what is expected to be a more fragmented vote share in this year’s General Election.

Smaller parties, like the SNP and Greens, are projected to have more MPs and could find themselves in a coalition or ‘supply and demand’ situation if Labour win most seats but not enough for an overall majority. (Click here to read more).

The Common Weal hopes smaller parties will adopt Red Line issues and make them central to any post-election negotiations.

Commenting on the posters Common Weal director Robin McAlpine said: “If we want a new politics in Scotland we need to find new and fresh ways to communicate to people who don’t tune in to the politics programmes.

“We hope these witty, beautiful images will capture people’s imaginations and perhaps get them to think about some of the issues which will be discussed in the General Election.”

The posters are now on sale as high-quality art prints from allofusfirst.org. (Click here to visit the Common Weal shop)