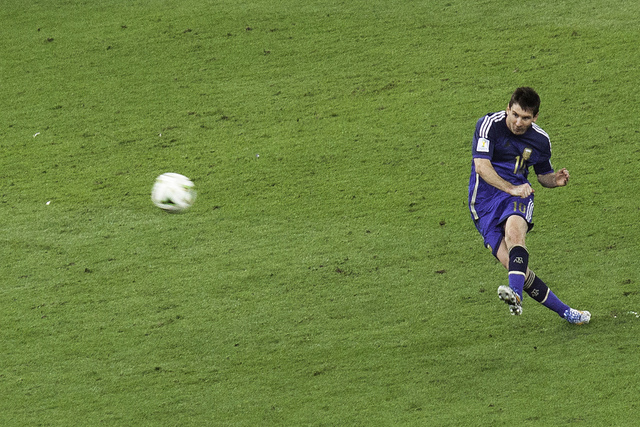 THE Argentinian national football team have cancelled a football match with Israel scheduled to be played in Jerusalem, under pressure from campaigners at home and abroad after over 120 people in Gaza have been killed by Israeli forces in the last two months.

The news of the cancellation came after global outrage over the killing of 22 year old volunteer medic Razzan Najjar, who was treating a wounded protestor when she was shot dead by an Israeli sniper on Friday [1 June].

Israeli prime minister Benjamin Netanyahu is expected to visit the UK today [6 June] after a whistle-stop tour of Europe visiting Paris and Berlin in the past two days. The UK Government has refused to condemn the massacre, limiting criticism to urging Israel to “show restraint”, and rejecting calls to stop sanctioning arms sales to Israel.

The match, which global superstar Lionel Messi was due to play in, was scheduled to be Argentina’s last friendly before the World Cup in Russia starting next week [14 June].

Argentinian footballer Gonzalo Higuain told ESPN that “the right thing was not to go to Israel”.

The Palestinian Campaign for the Academic and Cultural Boycott of Israel: “We welcome news that Argentina’s ‘friendly’ football match with Israel has been cancelled. The team responded to creative campaigning from fans around the world denouncing Israel’s sportswashing of its crimes against Palestinians.”

Left-wing Argentinian politician Gabriel Solano tweeted in response to the news: “The ball will not be stained with Palestinian blood”.

Solano added that the cancellation was a blow to Argentinian President Mauricio Macri as his government had “imposed it on the [team] as part of its agreements with the criminal Netanyahu.”

Netanyahu called Macri on Tuesday night to salvage the match, but the President said the decision was out of his hands.

Israeli politicians responded with fury to the news, with Defence Minister Avigdor Lieberman stating it was “too bad” that Argentinian footballers had could not “withstand the pressure of the Israeli-hating inciters”.

Israel’s culture and sports minister Miri Regev said “terror groups and BDS” were behind the cancellation.

The killings, primarily from Israeli sniper fire, began as the Palestinian great return march in Gaza began on in March, and has been described by Amnesty International as a “murderous assault” and the UN Relief and Works Agency has stated “I truly believe that much of the world completely underestimates the extent of the disaster in human terms that occurred in the Gaza Strip since the marches began on 30 March”.

The campaign to pressure the Argentinian football team to cancel the visit included a video from footballer Mohammed Khalil Obeid appealing directly to Messi. Obeid was shot in both knees at the beginning of the protests, ending his football career.

The cancellation from the Argentinian national football team is the most high profile boycott of Israel in years, with other recent boycotts including singers Shakira and Gilberto Gil.

There was cheering from Gaza, which has been under a blockade from land, sea and air by Israel and Egypt since 2007, when news of the cancellation was heard.