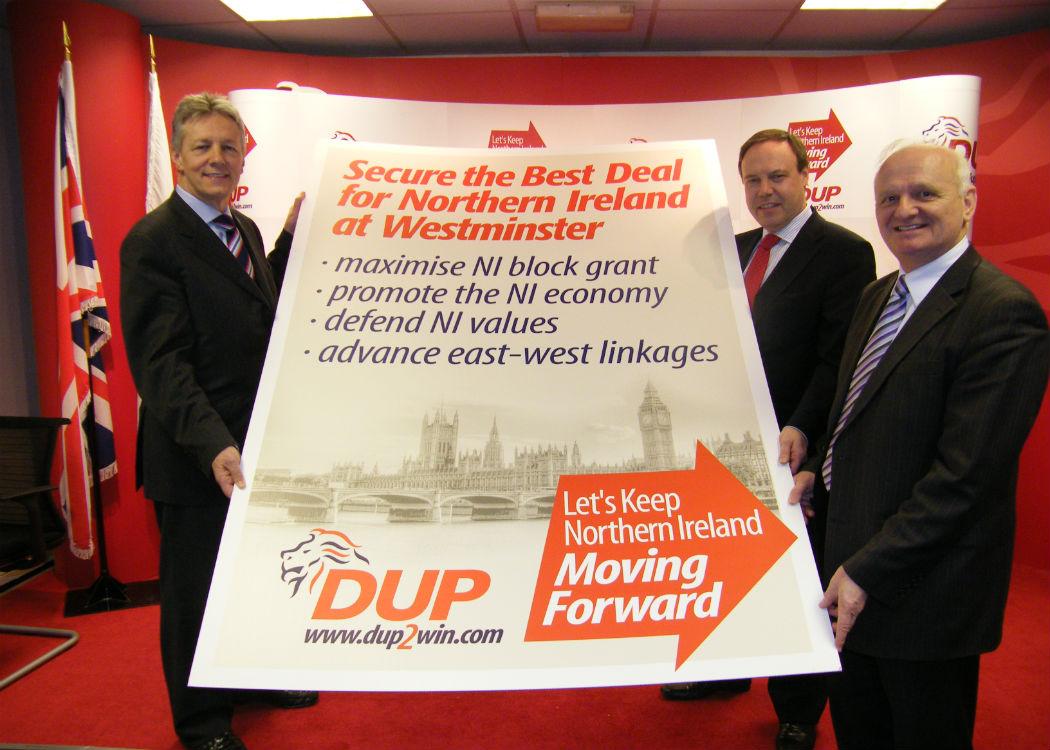 CAMPAIGNERS and political opponents have rubbished claims made by a Democratic Unionist Party (DUP) MP that Ulster could be a new home for the Trident nuclear weapons system if they are rejected by Scotland.

The audacious claim was made during the Westminster Parliamentary debate on the Strategic Defence and Security Review (23 November). Speaking after a statement of opposition to Trident by SNP Westminster group leader Angus Robertson, and addressing himself to Prime Minister David Cameron, Donaldson said Northern Ireland had the facility to take the nuclear weapons system.

He said: “With support for the Union in Northern Ireland growing ever stronger, may I help to assuage the concerns of the Right Honourable Member for Moray by saying that we have lots of loughs and lots of ports, and that if the government ever need a new home for Trident, Ulster is there.”

Talking to CommonSpace, Arthur West, chair of Scottish Campaign for Nuclear Disarmament said: “It’s absolute madness for a so called responsible elected member to say that. Practical difficulties and local opposition would inevitably rule such a move out.”

A DUP spokesperson told CommonSpace that the party stood by its MPs comments: “In the circumstances that trident left Scotland, Northern Ireland would step up and take the weapons for the sake of the defence of the UK,” he said.

Sinn Fein MLA Chris Hazzard told CommonSpace: “The call by the DUP is clearly a stunt. The renewal of Trident is a folly to begin with as is any idea of moving it to the North of Ireland. This of course would be unacceptable.”

Hazzard also opposed the renewal of Trident nuclear weapons in general terms: “The Tory government in London is planning to spend PS167 billion on replacing Trident nuclear submarines. The Tory cabinet of millionaires is doing this at a time when they are committed to punishing the poorest in our society through austerity cuts,” he said.

Research conducted by John Ainslie, in a report entitled ‘Trident nowhere to go’, found that the Faslane naval base was the only location in the UK which had the security capacity to host Trident nuclear weapons.

Northern Ireland Green party leader Steven Agnew said: “I think it is ridiculous that Jeffrey Donaldson is making such a statement, particularly given the fact there has been no public consultation on the matter.”

“To make such a bold statement on behalf of Northern Ireland on an issue on which there has never been any consultation or public debate is arrogant. No political party is in a position to do that.”

The comments come after the Scottish Parliament voted to oppose Trident renewal by a 74 per cent majority. The parliamentary victory was followed by calls by the SNP’s Westminster defence spokesperson Brendan O’Hara for a “Scottish people’s movement” to resist the re-imposition of Trident against Scotland’s will.

In 2012 Welsh Labour leader Carwyn Jones said Trident submarines would be “more than welcome” in Wales if they left Scotland. However, there was no security research to support this proposal.