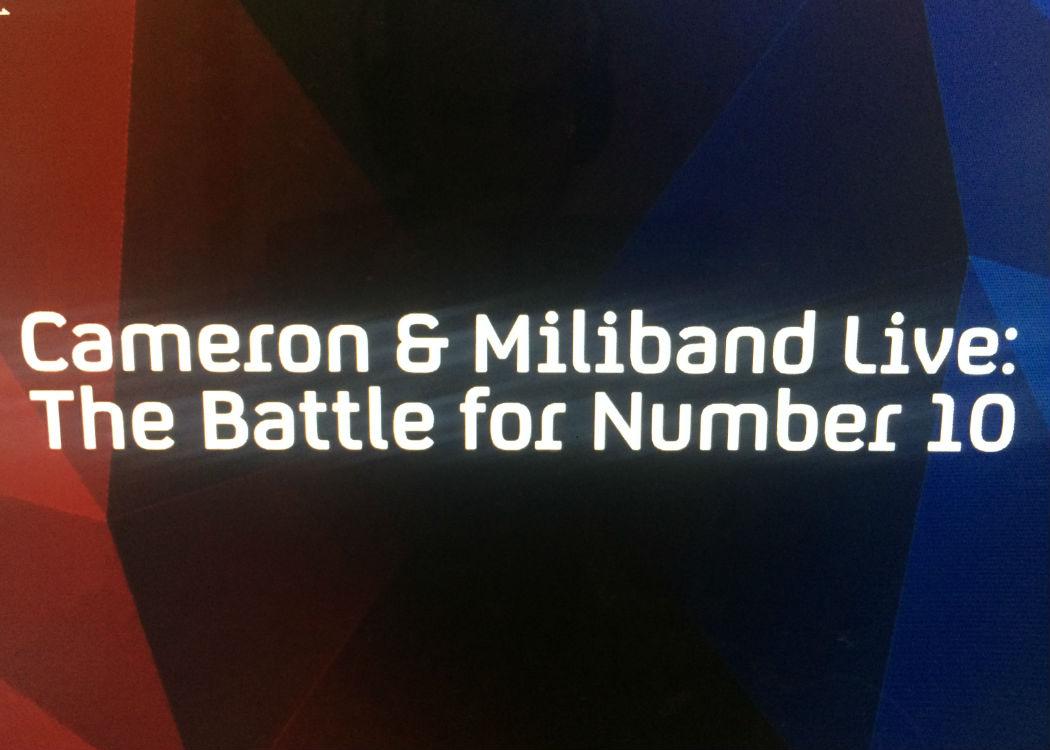 Well, not quite head to head.

After the prime minister shirked out of a debate with the Labour leader, an alternative format was agreed involving questioning by Jeremy Paxman and a ‘town hall’ style meeting chaired by Sky News presenter Kay Burley.

The show, hosted jointly by Channel 4 and Sky News, was not quite riveting viewing so we’ve decided to pick out the best bits from the show to save you two hours.

Up first was Cameron, who seemed bit bewildered when Paxo began by grilling him on foodbanks.

In addition to a sharp rise in foodbank usage, more people are now zero-hours contracts under Cameron’s government. He claimed that people “choose” to live on them when he was asked last night.

Cameron was then challenged on Conservative scaremongering on borrowing. Turns out that they have borrowed a few quid themselves…

The night then took a dramatic turn as it emerged that Zayn Malik, who left boyband One Direction this week, had apparently become a police officer…

Next up was Ed Miliband. He faced the public audience first and was challenged on Labour’s record of liberalisation of the banks.

Asked about public spending, Miliband confirmed to Paxman that Labour planned cuts and austerity if elected into government.

Paxman then asked Miliband about concessions to the SNP if, as looks likely, they are needed to prop up a Labour government.

Which resulted in Ed trying to ask Paxman for a ‘square-go’ on live TV….

Verdict: So there you have it folks. Overall, the show was lacking in substance and would have been better in a head to head format, but Ed Miliband definitely performed better under the more severe grilling from Paxman.

If for no other reason, the ‘let me tell you’ clip alone wins it for Ed.