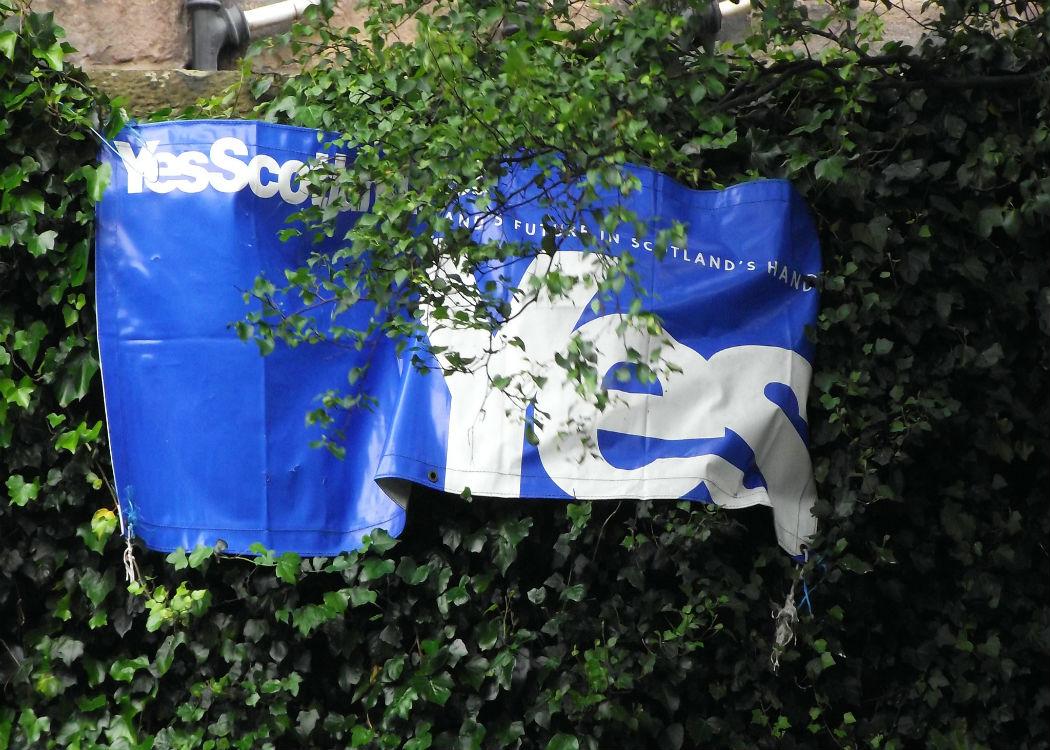 Ben Wray speaks to Gordon Wilson, Sarah Collins, Jim Sillars and Robin McAlpine about the strategy and timing of a second referendum in pursuit of an independent Scotland after the SNP’s victory in Scotland in the General Election

“THE dream will never die,” former SNP leader Alex Salmond stated, in his resignation speech as party leader. The words came just hours after it was confirmed that the Yes campaign had lost the independence referendum, and most assumed Salmond was referring to a distant dream, perhaps not even in his lifetime.

However, politics was already moving on at a rate of knots from the referendum defeat. David Cameron was the one to fire the starting gun on renewed constitutional angst.

Rather than emphasise his commitment to ensuring the last ditch ‘Vow’ was kept, he saw an opportunity to pursue English votes for English laws (EVEL), something that was never part of Cameron’s constitutional vision for the UK pre-referendum.

Soon after Salmond’s resignation, it had become clear that the hundreds of thousands of people inspired by the Yes campaign had no intention of deserting politics, with tens of thousands signing up to join the SNP, eventually making it by far the biggest party per population in Europe.

Still, commentators across the constitutional divide predicted there would be a shift back to Labour by the time of the General Election, with referendum fever slowing down and the more familiar politics of Labour versus Tory bound to takeover.

It never happened. Jim Murphy failed to inspire a revival; seen as on the Blairite wing of Labour, he was identified by ‘the 45’ as a man representative of Scotland’s past politics, not its future.

Sturgeon used her unique opportunity in the election debates to speak to the UK for the first time, and the people of Scotland had clearly found someone they felt was speaking for them.

Still, no one expected a unionist wipe-out of such monumental proportions. The Tories, Lib Dems and Labour – who had won every General Election in Scotland for over half a century – were left with one MP each. Humiliation.

Where now for Scottish independence?

But where does all of this leave Scottish independence? The SNP’s General Election campaign was based on opposition to austerity and going beyond the Smith Commission’s devolution plans to “full fiscal responsibility”.

Party leader Nicola Sturgeon has been clear in the immediate aftermath that a referendum “is not on the immediate horizon”, although has not ruled out having it in the party’s 2016 election manifesto.

She’s said that it would take a more significant shift in matters than a Tory majority government, like a British exit from the EU, to see a second referendum on the agenda.

However, this position could come under pressure. Tory austerity is likely to take public services in the UK back to 1950s levels, with plans for more disability benefit cuts already being hatched in the few days after the election (click here to read more).

The SNP also has the added bonus of its political opponents – most importantly the Labour party – in utter disarray, with Jim Murphy having a battle on his hands to hold on to the leadership.

Salmond has gone further than Sturgeon, stating the election result did put Scotland closer to independence, and with 100,000 members joining the party on the back of the independence movement, will the opportunity to put independence to the test again after the 2016 elections be too much for the party leadership to resist?

That debate was already raging in the small hours of Friday morning, as independence activists on social media seemed evenly split for and against another independence referendum.

CommonSpace spoke to seasoned campaigners of the independence movement about what they think the way forward is for those who seek independence.

Gordon Wilson, former leader of the SNP, told CommonSpace that he thought the timetable for a second referendum was anywhere from “5-20 years”, but laid strong emphasis on the need to find a “coherent economic programme” first.

“There’s a gap on the economic side,” Wilson said. “There’s no coherent economic programme that has been put forward so far. That really needs to be addressed before we go for it again.”

Wilson argued that the SNP should set up an economic unit “which facilitates economic research independent from government” on the one hand, and on the other hand “acts as a propaganda force” to make the economic case for independence to the public.

“We really need an independence convention on the anniversary of the last referendum, 18 September, and the SNP should lead that, but if the party doesn’t other bodies should do it,” he added.

Wilson conceded that the Tories’ austerity programme could create “a different situation” in terms of a referendum timetable, but emphasised that an “overwhelming demand from the people of Scotland” was necessary over a “sustained period” to be sure that a referendum would be won is needed.

“If you lose two referendum’s you don’t get a chance at a third. You need a safety belt – if you are at 55-60 per cent in favour, there’s a degree of confidence in that,” Wilson stated.

Sarah Collins, Unison trade union activist and Radical Independence campaigner, had a different view, stating that “there needs to be another independence referendum within five years”.

“We are now in an untenable position of democratic deficit whereby the majority of those in Scotland who voted did so for the SNP standing on an anti-austerity ticket, yet we have a majority Tory government who want to implement cuts worse than the previous five years’ worth,” she explained.

Collins added that she felt resistance to Tory austerity was important, but ultimately sought independence as the way to escape the Tories’ plans, and fired a warning about plans for full fiscal autonomy.

She said: “I would be very nervous about what a full fiscal autonomy deal would include in terms of the Tories deficit reduction plans and its foreign policy.

“I remain convinced that Scottish independence is the most progressive option for working class people across the whole of the UK.”

Former SNP MP Jim Sillars created controversy pre-General Election when he told the Telegraph that a referendum would be “the first line” of the party’s 2016 manifesto (click here to read more), but he told CommonSpace that the independence movement shouldn’t be too prescriptive about when to hold a future referendum.

Sillars said: “The timetable for the next final advance to independence, through a referendum, cannot be precise.

“It depends on how the people in Scotland respond to a Tory government we rejected, and what it does. If it fails to satisfy on further devolved powers, which I think will be the case, and we combine that with what is to come in terms of cuts in welfare and public services, then I doubt if our people will have the patience to wait for a generation – defined in the dictionary as 30 years.

“I think it is important to bear in mind that the Yes movement does not go too far in front of the people, and make a demand for which there is not the necessary overwhelming support. By overwhelming I mean at least 60 per cent.”

Sillars emphasised the need to continue to make the argument for independence, and said he was concerned that the SNP may “park” the issue.

“The SNP leadership, but not Alex [Salmond], seems to be a bit wary of the word independence at present, no doubt based on the fact that the General Election was not fought seeking a mandate for it,” Sillars stated.

“However, the campaign for independence cannot be put on the back burner, or parked, and we should still be arguing the case and building towards that 60 per cent.”

Sillars said he doubted the Conservatives would oppose a referendum if a party was elected with a mandate for one at the 2016 Scottish elections, but said that Cameron’s comment that there would “not be another referendum” was driven by a “colonial” mentality.

“Cameron has become our new colonial governor. We vote to reject him, he ignores us, and tells us what he will not permit us to have. Or so he thinks,” he said.

Robin McAlpine of the Common Weal campaign group and think-tank said that while the election result had dramatically changed the political situation in Scotland, the independence movement shouldn’t rush into anything off the back of it.

“My opinion has been consistent since 19 September,” McAlpine said. “We need to properly prepare everything and make sure we have the work done to win it. 2021 is not only the best time of getting a referendum, but also of winning a referendum.

“There are things that could make this happen faster with a Tory government in power, but they are factors that are out with our control, and we want to be able to control the process.”

McAlpine emphasised that the independence movement beyond the SNP had an important role to play in developing a vision for independence that can be taken into a second referendum campaign, but warned that those organisations and campaigns had to ensure they can sustain themselves to carry out that task.

“The strength of the Yes movement was that it was built on a co-operative basis by a diverse range of people. That should be our strength in moving towards the next referendum, but we really shouldn’t be complacent about the resilience of the organising structures that we have to do that,” McAlpine added.

A debate set to rumble on

The debate over strategy for the independence movement is likely to continue to have multiple directions, and will be shaped and altered by two crucial factors: the actions of the Tory government, both in terms of the extent of austerity and in terms of what devolution package Cameron offers; and the opinion polls – if the SNP’s dramatic surge gives confidence to the independence idea, and if anger at the Tories grows, polls could shift from hovering around the 50 per cent mark to 55 per cent or higher.

Both of these factors will be crucial in influencing the thinking of Nicola Sturgeon when she decides if, and how, to put a referendum in the party’s 2016 manifesto.

A referendum may be included on the condition of a UK exit from the EU, something that remains unlikely, or it could go in the manifesto in a flexible way, which allows the SNP to pick and choose when, if at all, it goes for a second referendum in the next parliament.

No decision is likely to be made any time soon, so expect the debate to rumble on.