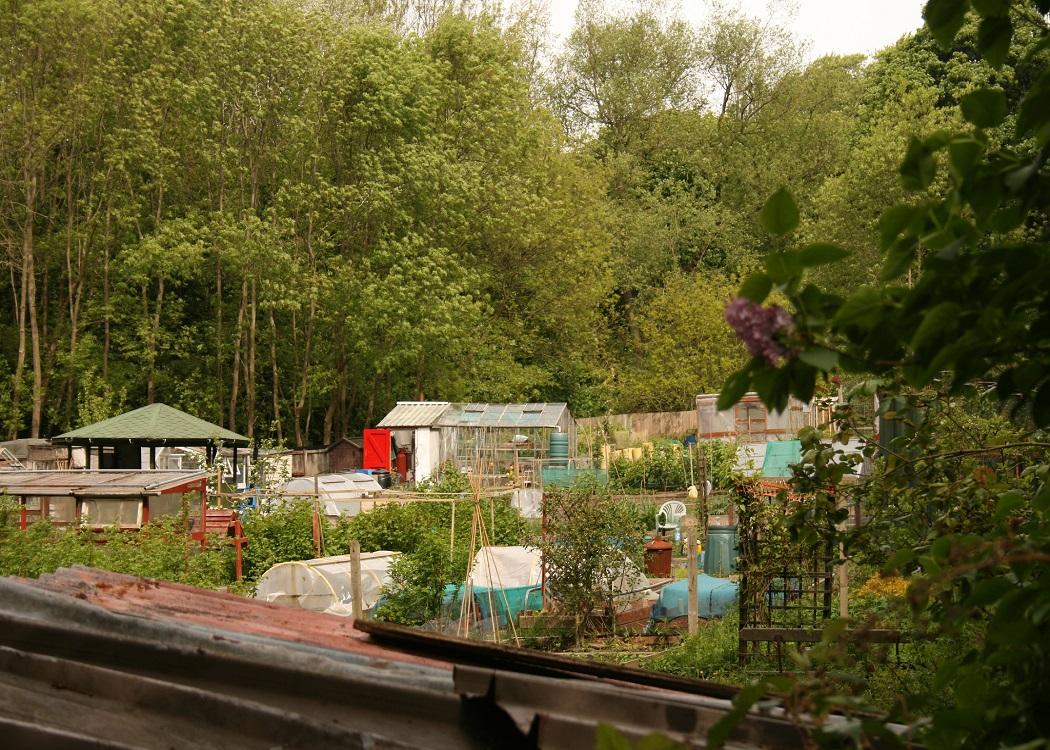 Judy Wilkinson of the Ragged Band – a group of allotment plot-holders, growers, cooks, artists and storytellers that operate with co-operative principles – explains how allotments could play a role in enhancing local democracy

ALLOTMENTS SPRING is coming and to Scottish allotment plot-holders it means just one thing – planting their plot. But this Spring, allotments will also be on the agenda for every local authority across Scotland.

Allotments offer so much in terms of the contribution they can make to health and well-being, carbon reduction, mitigation of climate change and local ecology as well as food poverty that the Scottish Government is hoping local people and local authority officers will work together to create new sites.

At the moment there are over 9,000 plots in local authority or independently run sites, the expectation is that there will be 1,000 new plots within 12 months of the implementation of Part 9 of the of the Community Empowerment (Scotland) Act 2015 (CEA) . The CEA Part 9 contains the latest revision of the legislation covering allotments, replacing Allotments (Scotland) Acts of 1892, 1922 and 1950.

Allotments offer so much in terms of the contribution they can make to health and well-being, carbon reduction, mitigation of climate change and local ecology as well as food poverty.

There was a marathon battle throughout the passage of the Bill by members of the Scottish Allotments and Gardens Society (SAGS) to get amendments defining a standard plot size, the maximum length of time people should wait for a plot and fair rent into the Act.

Now, several local authorities are concerned about some of the implications of the legislation with concerns about finance and responsibility. However, the implementation of the Act could provide an opportunity for real partnership working which will benefit local democracy as well as the councils.

To provide the number of new sites envisaged there will need to be many more associations taking on the responsibility for devolved management. For this to happen requires a sea change in attitudes, a shift in hearts and minds of some local authority officers and a good deal of understanding and support.

Through managing small, local associations, raising money for site maintenance, keeping all members happy, and the general skills of treasurer, secretary and chair people acquire experience that is needed if local democracy is to succeed.

Part 9 is specifically for and about allotments but also contains the duty for local authorities to write a food-growing strategy and this will include other “growing groups” as well. Other sections of the Act, particularly Part 3 in terms of participation requests and Part 5 on asset transfer, will also affect allotments.
Asset transfer includes the possibility of leasing as well as owning land. Associations and federations can also make participation requests and this would be one way of bringing the local authorities and the local associations together.

The Scottish Government is hoping local people and local authority officers will work together to create new sites.

However, for it to work both sides need to understand the potential, and the main reason why people become plot-holders is to grow their veg, contemplate the natural world, relax and not engage with the local authority.

For the change that is envisaged to occur, many of those on the waiting lists who want an allotment will have to become a bit more active and press their local authorities to work with them to find land and funding to create new sites.

Recently new sites have been triggered in three ways: by the local authority taking a lead as in Edinburgh and Fife; through community councils and elected councillors driving the engagement as happened in Glasgow; and through local people forming associations, finding land and then working with the councils, or even becoming independent allotments as has happened in many settlements outwith the main cities.
However, for local associations to manage the process requires a strong skill set among its members. One group had an agreement with a local landowner to rent land but then did not get the help it required from the local authority.

“We started off great guns, developing a plan and starting to seek funding, as well as holding three fundraising events last year, however, the group have run out of steam. The task just seems too great and our time so limited to get things off the ground.”

Will the Act and the new drive for ‘partnerships’ between local authorities and their citizens address these problems? Allotment sites once established are sustainable and plot-holders need little funding or support so there is no need for outside bodies to become engaged.

Local groups, their councillors and authority officers will have to come together to build on the experience of local plot-holders over the years, recognising the differences and diversity in the whole movement.

The Scottish Government is setting up a tri-partite group with SAGS members and local authority allotment officers. This group will help with the consultation on the guidance required before part 9 comes into force and then monitor the implementation.

However, SAGS is a completely voluntary organisation so this is a big responsibility. SAGS exists to campaign for new sites, ensure the need of ordinary people for plots doesn’t go off the government’s radar and ensure existing allotments are valued – that they don’t get sold off or built upon as happened many times over the last 100 years.

To support the implementation of the Act, SAGS is producing a series of briefing papers from its archives, conference reports and newsletters to complement the Scottish Government guidance. However, although it has a network of sites and can advise associations it does not have the capacity to do more.

Local groups, their councillors and authority officers will have to come together to build on the experience of local plot-holders over the years, recognising the differences and diversity in the whole movement.

If this happens it will make a significant contribution to local democracy across Scotland as well as opening up allotments and the positive benefits of growing to future generations.