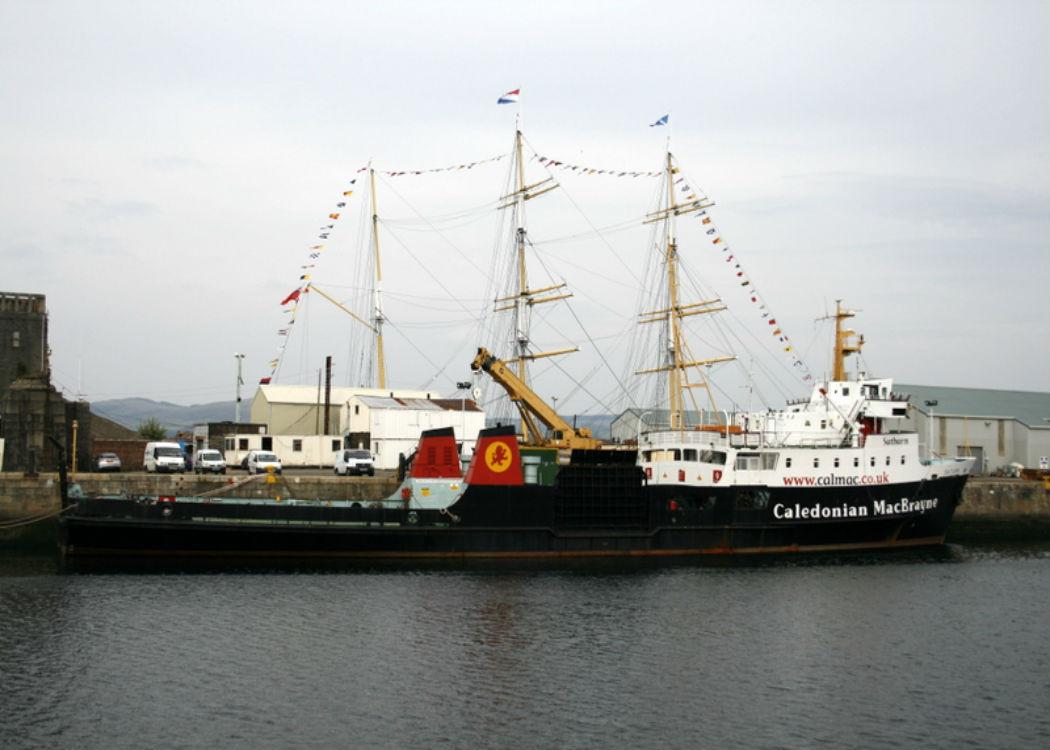 RMT union says it has not been given assurances on jobs, pay and pensions for CalMac staff

CALMAC staff have begun three days of industrial action after last minute talks between the RMT Union and CalMac to avert the action broke down on Monday evening.

Staff have begun a 48-hour overtime ban before staging a 24-hour strike on Friday, and RMT’s Scotland organiser Godon Martin warned there will be “widespread disruption throughout the CalMac network”.

What is the dispute about?

The dispute centres around the fact that Calmac’s contract to run ferry services in Scotland is going out to tender – which means other companies can bid to run them – and staff and unions say they have not been given assurances about their jobs, pay and pensions.

Mick Cash, general secretery of the RMT said: “RMT wants cast iron assurances and we want them now. We are prepared to engage in meaningful talks around that agenda as we prepare for the first phase of industrial action.”

Nearly half of CalMac’s 14,000 staff are in the RMT, which represents ferry crews, and over 90 per cent who returned their ballot backed strike action. (click to read more).

CalMac is hopeful that it will be able to run the majority of services over the next two days but almost all sailings will be cancelled on Friday as there needs to be a certain number of crew working for the ferrys to go to sea.

CalMac managing director Martin Dorchester said: “We have made several serious concessions to the RMT including a commitment on no compulsory redundancies in our bid submission in return for the RMT calling off the industrial action planned for this week. Unfortunately this was rejected.

“We were also willing to work together with both the RMT and TSSA over the coming days to agree a form of words in our collective agreements which would provide greater protection to employees around terms and conditions of employment but without success.”

What is the tendering process?

The Scottish Government must ensure the provision of transport for islanders. This means that it must make sure there is an operator to run ferry services. Calmac, which is state-owned, runs most of the services currently.

Tendering – a process which enables other companies, including private operaters, to bid to run public services – is necessery under European law. Private company Serco, who won the contract to run Shetland and Orkney ferries in 2012, is in the running for the Clyde and Hebridean ferry routes.

There are fears that Serco winning the tender will result in privatisation of the service. Many of the routes are not profitible and the government subsidy awarded was PS90m in 2013/14, although PS1.9m was then returned to the government. (click to read more).

There are concerns that privatisation will result in a poorer, more expensive service.

Transport minister Derek MacKay has repeatedly said this tender will not result in privatisation of lifeline services, telling the Scottish Parliament: “All of the vessels and ports currently in public ownership will remainin public ownership and, together with Clyde and Hebrides services,remain under public control by Scottish ministers throughout the contract.”

What do islanders think?

Many islanders accept Calmac’s reasons for striking but are angered that it comes at a time that will cause maximum disruption as school holidays are just starting. Alternative timetables are running across the network. (click to read more).

Cash told the communities affected: “The last thing that (the staff) would want is to inconvenience their own friends and neighbours but when you have had your arm twisted up your back, and you know exactly what is looming on the horizon, there comes a point when you either make a stand or you roll over.

“Our members have chosen to make a stand in ballots showing over 90 per cent in favour of action – our trade union is proud of them.”

A campaign has seen CalMac staff agree to run a ferry from Oban to Castlebay at 12.45am on Saturday in order to get runners to the island for the annual Barrathon half marathon.