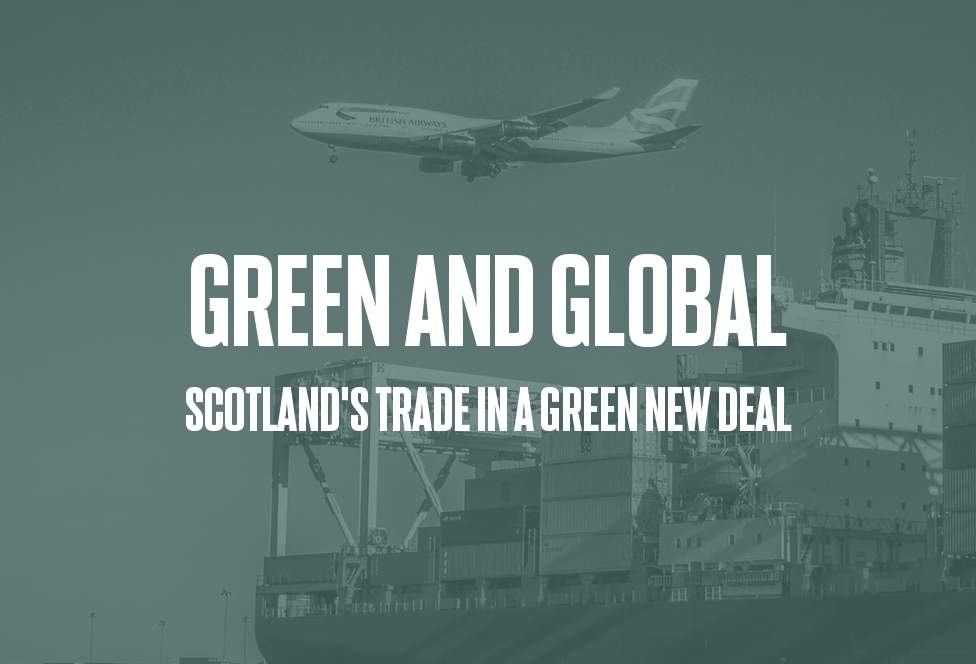 This week, Head of Policy & Research Dr Craig Dalzell and Campaigns Officer Jonathon Shafi talk to Callum Slater who has been researching with Common Weal over the summer and will soon be publishing a policy paper on the opportunities and barriers that an independent Scotland will face in international trade especially when framed by a Scottish Green New Deal.

In the podcast, Callum talks about the concept of “policy uploaders” who are able to convice another party to take on their policy positions (or demand that they do) versus “policy downloaders” who must accept policies imposed on them by others. This is a framework particularly important with regard to bodies such as the EU where Scotland may become a policy downloader of what is currently not a Green New Deal trade policy if it seeks to rapidly enter the EU at any cost. Instead, Scotland may choose to enter EFTA and the EEA which would immediately protect access to Freedom of Movement and the Single Market but would allow Scotland to better develop its own renewable energy policy and become more of a “policy uploader” to the EU and others with regard to environmental energy policy.

A newly independent Scotland will likely lack the negotiating skills and experience levels of other states and bodies around it so would be well advised to look towards international groups such as the Commonwealth and the Paris Agreement in order to build up those skills and build up the relationships required to make effective and advantageous trade deals in the future.

Callum also discusses the limits to the development of Scottish trade routes while Scotland remains within the United Kingdom given the current concerntration of development in London and the South East of England and he points out the opportunities of independence given Scotland’s geopolitical position and its potential ability to redevelop trade routes to Northern Europe and the Baltic states.