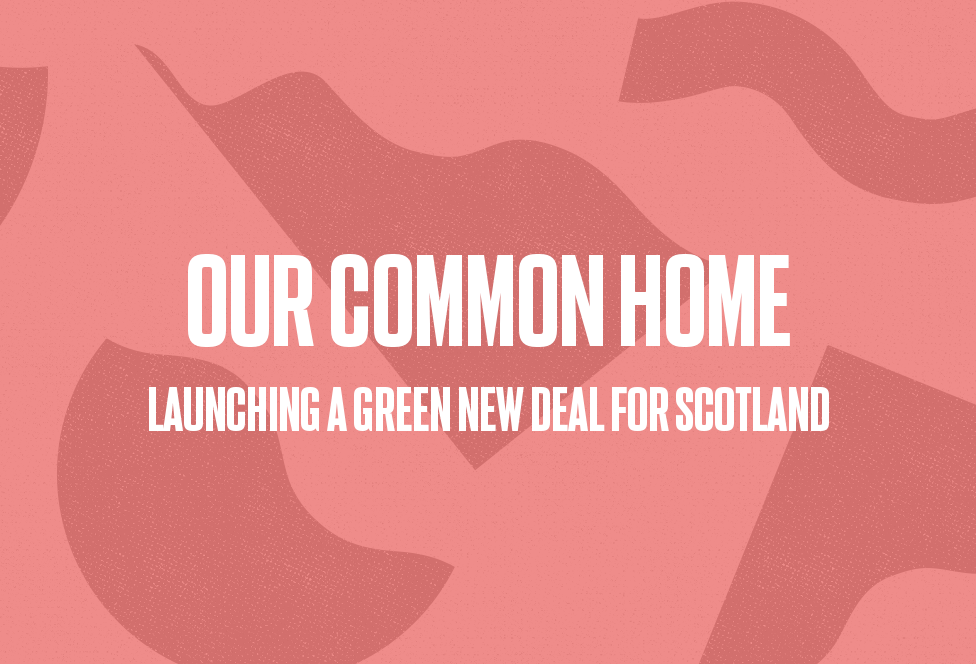 This week Jonathon Shafi and Craig Dalzell are joined by special guest Jenny Floki who came along to the launch party for Common Weal’s new project Our Common Home – A Green New Deal for Scotland.

They discuss the importance of this kind of political campaign not just because of the environmental consequences but the social impacts too if we get this right.

Jenny discusses her experiences of the impact of damaging economic policies as they were applied to Greece while ignoring those social consequences.

Craig also talks about the current generation of politicians and the need for them to stop talking about the climate emergency in terms of targets but now to do so in terms of roadmaps and actual action to meet those targets.