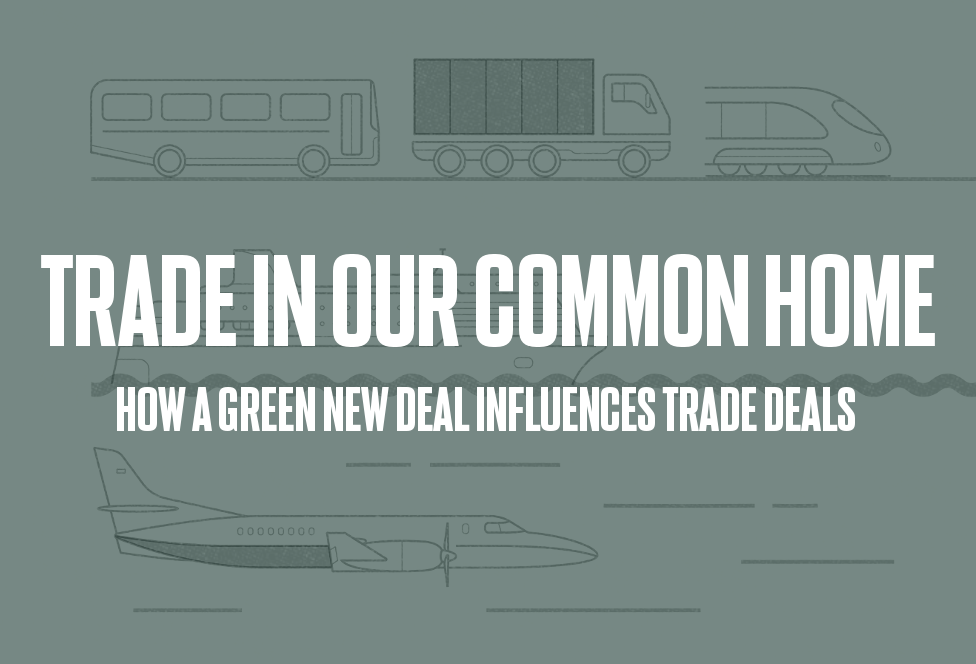 This week Johnathon Shafi and Craig Dalzell continue their discussion about the Common Home Plan – Common Weal’s blueprint for a Green New Deal for Scotland.

In this episode, they discuss the impact that a Green New Deal will have on international trade and how Scotland could shape future trade deals by taking into account the extend to which other coutries have begun to decarbonise their economies. The impact that Scotland could have globally by exporting our knowledge, skills and Green New Deal technology could also be an effective way of helping other countries catch up in the journey to a zero-carbon world.

They then move on to discuss the impact of green trade on the fundamental way we buy and sell goods and services. A Green New Deal World will require us to fundamentally rethink the way we advertise goods and the way we consume them.