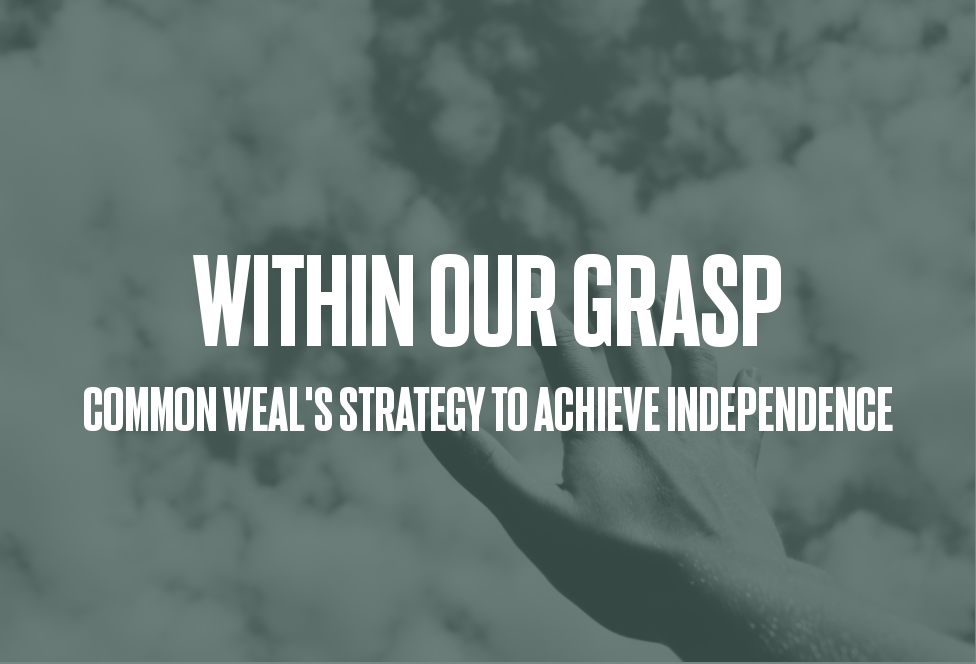 Within Our Grasp looks at the current situation of the independence campaign – having had a Section 30 request to hold a referendum denied and with no prospect of the decision being reversed any time soon – and lays out what should be the next steps.

The paper looks at the tools that could be used in a non-violent campaign of escalating pressure to be exerted on Westminster so that they eventually decide that Scotland cannot be governed, that they are incapable of governing Scotland and that continue to try to govern Scotland is more painful than letting go.

These steps escalate from a campaign of mockery and humiliation, up through “civil obedience” – where Scottish MPs could disrupt the House of Commons by forcing the House to “work to rule” and obey all of its conventions – even when they make it impossible to get work done. Should this campaign reach its limits then Scotland should be ready to mount a campaign of non-violent civil disobedience until independence is achieved.