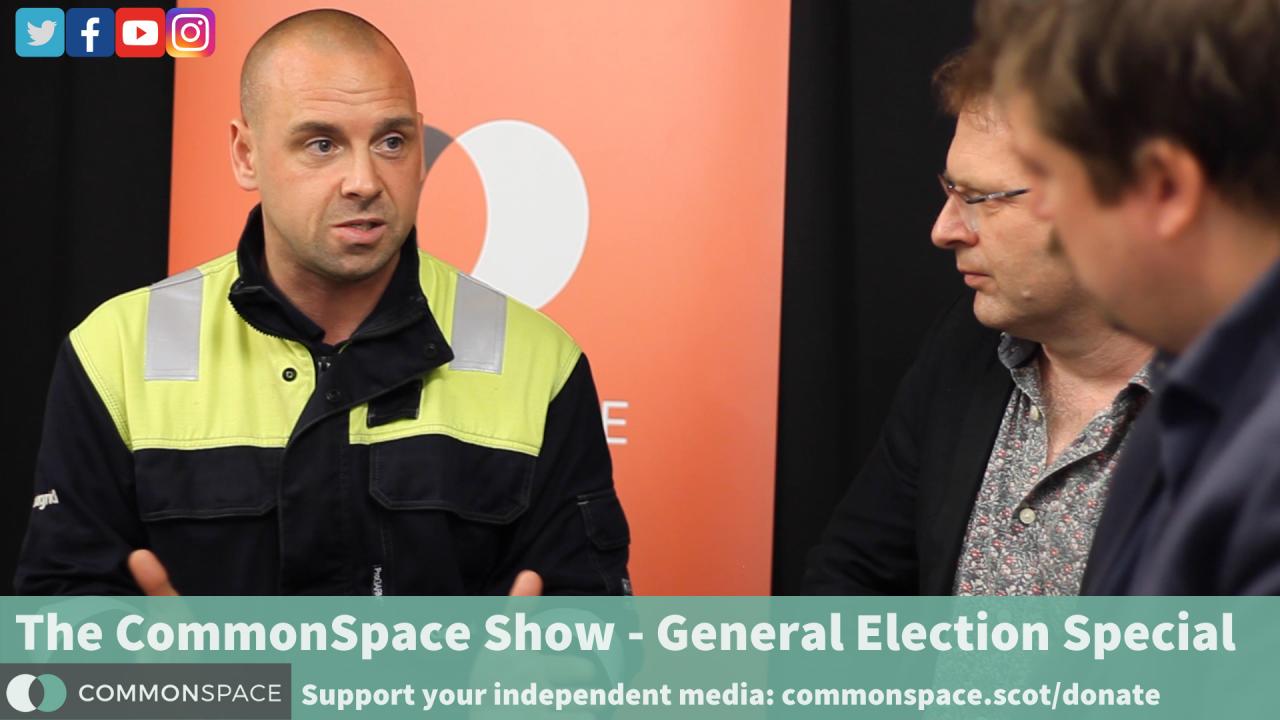 – The current state of politics and the chaos of the Tory party (3:05)

– The Scottish distance from what’s happening in Westminster and Scottish Independence (6:50) What should Scotland do about the monarchy (9:35)

– Video pieces on voices and opinions from Govan: on Boris, Brexit, and a General Election (11:20)

– The ‘anti-political mood’ and what the general election campaigns could look like (16:13)

– The context for the current political mood – austerity and the Iraq war (21:20)

As ever, we’d love to hear your feedback/suggestions/comments – on what we’re discussing as well as on future guests/topics. E-mail media@common.scot.