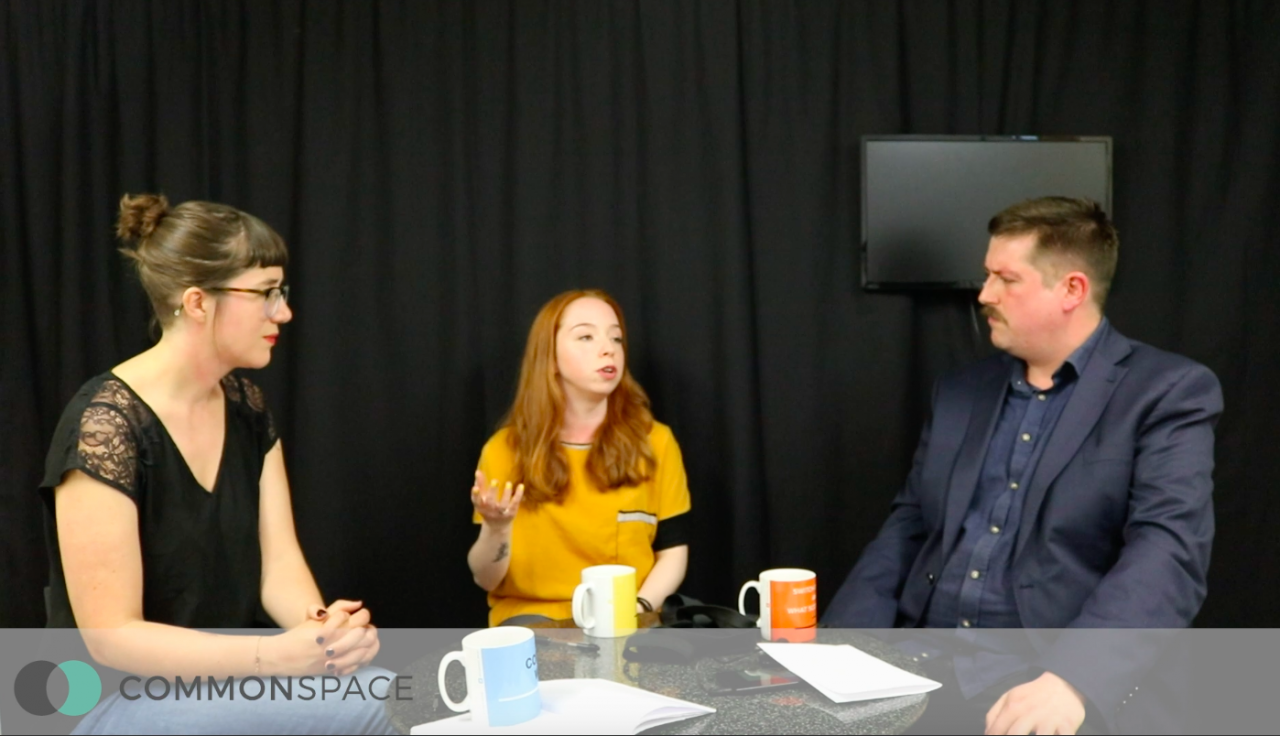 In the pilot episode, CommonSpace is joined by freelance journalist Eve Livingston to take a look at the Equal Pay Strike that rocked Glasgow last year, when around 8000 women took at stand against pay disparity. Eve Livingston is shortlisted for an Orwell Prize for her coverage of the strike.

A number of the women are expecting large payouts dating back several years. CommonSpace caught up with some of those that went on strike last year at the Unison offices in Glasgow to hear about what it meant for them to be involved in that momentous action and what has happened since.

Let us know what you think – on the topics discussed and with your feedback, suggestions and ideas for future topics and guests. Get in touch via media@common.scot.

Like what we do? CommonSpace is funded entirely by our readers. Support us here.