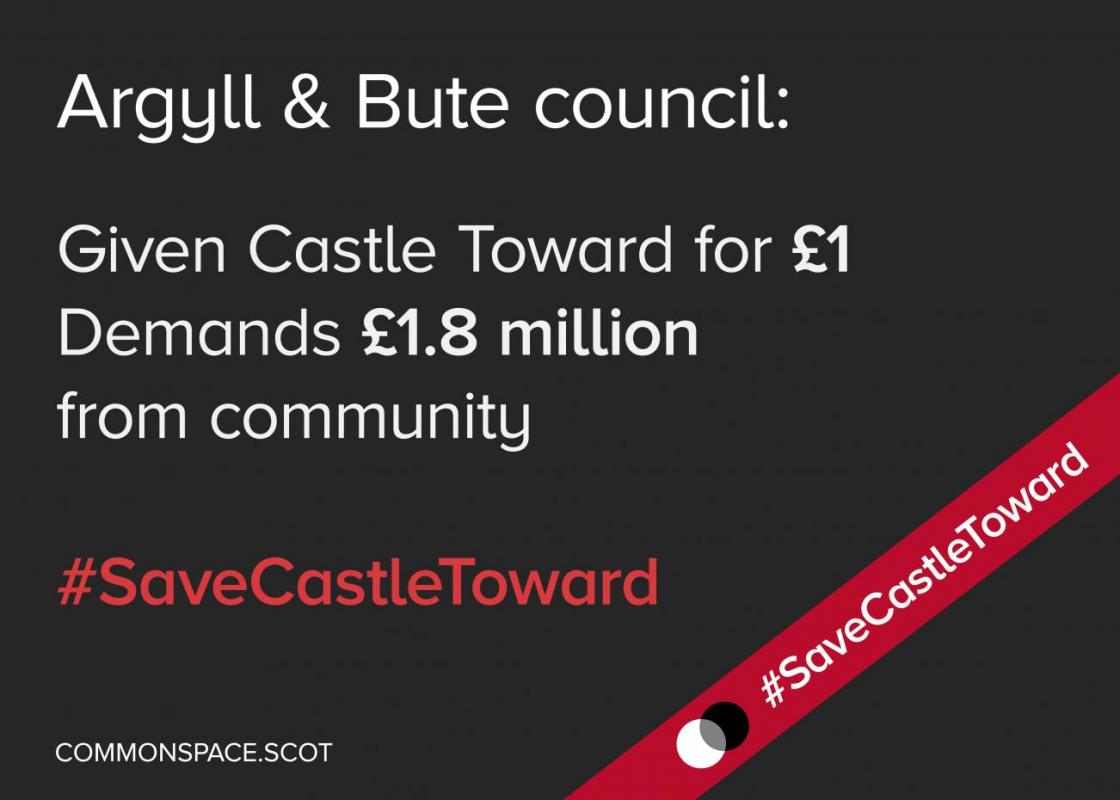 A COMMUNITY united in its campaign to buy Castle Toward will challenge Argyll and Bute council to accept its bid for the estate at a special meeting, just one day before the agreed deadline day.

The meeting was called with the support of 13 councillors to discuss the community’s offer of PS850,000 for a property the council was granted for just PS1 (click here to read more).

Over a year and a half of planning for a community investment project was struck down by council leaders in December, despite the project offering 80 new jobs on the derelict council-owned site outside Dunoon.

The community has succeeded in building a broad campaign of community councils, residents, councillors, over 10,500 individuals, local and national politicians, the Scottish Government and high profile media coverage.

Ahead of the crucial meeting residents are determined that win or lose the campaign represents the beginning of wider democratic change in Argyll and Bute.

The Dunoon Observer reported on Wednesday: “No matter how tomorrow’s decision [Thursday 12 February] goes one thing is for sure; South Cowal now has an engaged and energised population which has learned to read between the lines of official pronouncements.”

Disgruntled residents are considering that the campaign should target the councillors blocking the bid at the 2017 local elections. Council leader Dick Walsh has opposed the community buyout.

The outcome of the meeting is expected by the afternoon. The deadline for a community buyout agreement ends on Friday 13 February. If no agreement is reached, Castle Toward is likely to be sold on the open market. With no other identified bidder, there remains confusion over Castle Toward’s future.