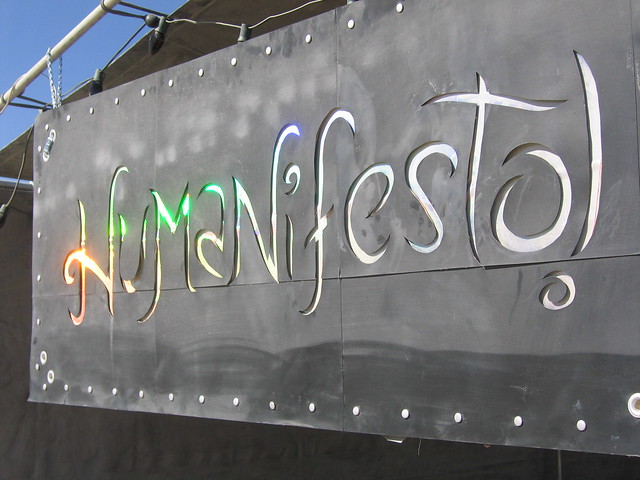 Mark Langdon, Sue Laughlin and Penny Cole from the Solidarity Against Neoliberal Extremism (SANE) collective make the case for developing a Humanifesto in Glasgow based on the principles of radical municipalism, an international movement for a new type of citizen-driven politics of social justice at the city-level

IN CITIES across the world social movements are collectively fighting back against the complex causes and corrosive outcomes of neoliberal capitalism. These ‘Fearless Cities’ are highlighted in the Transnational Institute’s Atlas of Utopias.

Much of their thinking is based on the concept of radical municipalism, which supports public ownership of vital utilities and tries to deepen and strengthen understanding and practices of a democratic life.

The collective Solidarity Against Neoliberal Extremism (SANE) was formed in late 2016 with the aim of facilitating a shared understanding across activist groups and the wider population of the damage being inflicted by neoliberal policies and practices in Scotland’s largest city, Glasgow.

Neoliberalism is all about the marketisation of services, the privileging of private companies and the transfer of resources from the public purse to private profit.

Over the past three years the group has developed a vision of how alternative policies and practices can be implemented at a city-wide level and what steps are necessary to begin this process of transformation. We studied what was happening in other countries. We started to wonder what a social movement for change might look like at a city level in Glasgow. What steps could be taken to instigate the formation of shared understanding not only of the problems faced by the city but also what form answers to these problems might take?

READ MORE: Sue Laughlin: Glasgow has social justice tools available to it which are under-utilised

The idea of the Critical City Movement was launched with a one-day event held at the CCA in March 2018. Since that event, SANE members have trialled a number of initiatives aimed at facilitating critical dialogue, thinking and activism. The vision of the Critical City Movement is that people will engage with politics at a local level if they are supported to do so and have policies and political representatives worth voting for. This is not to imply that all current elected representatives and managers of public services are uniformly useless and/or corrupt. What has undoubtedly become the case however is that the systems of local governance are no longer fit for purpose, significant and long-term change is required to ready our city and its people for the huge changes that climate breakdown demand we make. And it seems the less fit for purpose they become, the less transparent and open they are with citizens.

Key to a process that transforms this situation is the development of a Humanifesto for Glasgow. This Humanifesto will be a detailed vision of desirable policies and practices derived from an analysis of issues central to our current political, social and economic circumstances in the city. The Humanifesto is a positive response to the inescapable fact that previous and current city administrations have brought precious little in way of innovative thinking and informed critical analysis of either problems facing the city or appropriate solutions. As one employee told us: “Many of the long, wordy policy documents are just cut and paste from other local authorities or international bodies. Nobody is expected to even read them never mind act on them.”

The Humanifesto represents a different approach to policy – a framework with a different approach to party-political manifestos. It aims to set out a coherent and comprehensible vision for transformative actions that will finally address systemic issues relating to poverty and inequality in the city. What is a problem of poverty is ultimately a problem of riches, therefore to address poverty and inequality in the city requires a radical rethinking of the economic development policies enacted in the city for decades.

The Humanifesto will support the process of reaching out to a diverse array of potential political representatives. The process of supporting the engagement of a wider cohort of candidates could follow alternative models such as that employed by the organisation Democracy for America in the US as shown in the documentary Knock down the House. By designing a process to develop democratic literacy, self-confidence and critical thinking and establishing an on-going process of outreach and engagement with diverse groups and individuals who are willing to offer their commitment to public service, it will be possible to bring about a culture of democratic life in the city that can meet the great challenges that the coming years will present.

Achieving and sustaining electoral success based on a progressive policy platform has proved a challenge even for highly developed social movements such as Barcelona en Comu.

To establish a social movement from scratch in a period of just over two years before the next local government elections some might regard as naive. The reality however is that given the exceptionally low turnout in local government elections – if a social movement were able to capture the spirit of the 2014 Referendum and bring voters out in force then the local elections scheduled for May 2022 could well herald a new dawn for democracy in the city.

Creating the Critical City represents a vision of hope and possibility that currently is missing from the arena of local politics. It offers a practical process to challenge the current political status quo and create a progressive policy agenda which is vital if there is to be any hope in tackling the realities of the current climate emergency and the inequality and injustice to which it is inextricably bound.

The Critical City Movement does not seek to usurp or divert the activism of the amazing groups that are working in the city. Its aim is to support and help deliver the objectives of these groups by addressing the issue of where power lies, and how we can use it for the purpose of achieving greater social and environmental justice.

We can all play a role in creating the Critical City Movement by becoming Critical Citizens ourselves, citizens that think for ourselves but not by ourselves, citizens that care for each other and for others across the planet. Citizens that know a better future is possible and are willing to play a role in creating it. Citizens willing to say “Fuck Neoliberalism, we demand democracy, human rights and social and environmental justice. Not just in our city but in every community across the world.”