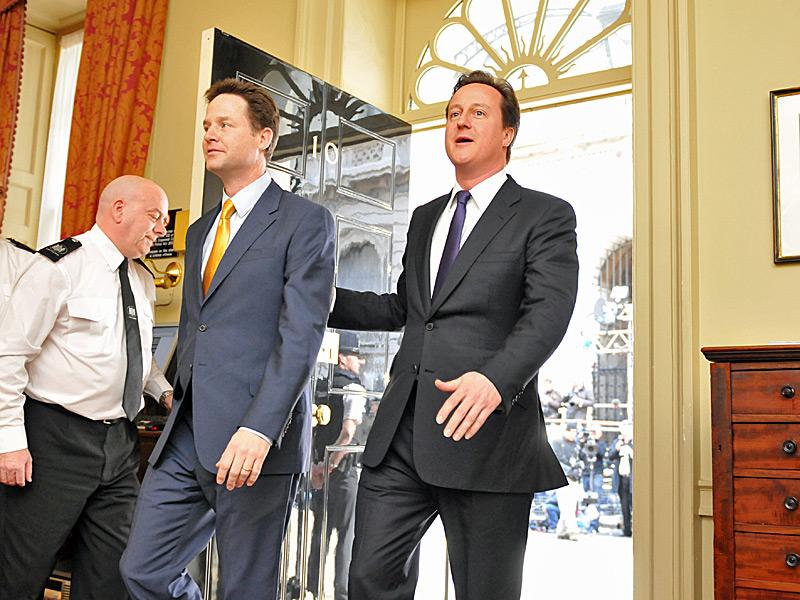 The party made its pitch to hold the balance of power after the May election. Clegg attacked the SNP and Ukip as threatening the UK with a “coalition of grievance” if the party gained more seats than his party.

In Scotland the party is expected to lose most of its eleven seats following a five year coalition with the Conservative party.

1) The economy and the deficit

The Lib-Dems claim in its manifesto that the party will cut less than the Conservatives and borrow less than Labour.

According to party leaders, this economic plan provides a more “balanced approach” to reducing the deficit.

However, the Lib-Dems agree with the Conservatives and Labour that austerity cuts will improve Britain’s finances.

The major policy change celebrated by the Liberal Democrats in government was raising the personal tax allowance.

Now the party manifesto promises to raise the allowance to PS12,500 pounds, meaning that those on the lowest earning would pay less in tax.

Critics say that the changes in tax contributions have been outweighed by the rise in VAT, a stagnation in wages and cuts to public services which hit the poorest hardest.

Political parties in England are competing in a bidders’ auction on health service funding.

The Tories, Labour, Conservatives and the SNP have all promised greater resources for the health service.

The Lib-Dems promised to vote against any increase in tuition fees during the last parliament.

This election, the party manifesto skips over the tripling of fees in 2011 to call for “a review of higher education finance”. Although it’s not clear what this means.

The party also wants to “step down the nuclear ladder by procuring fewer Vanguard successor submarines and moving from continuous at sea deterrence to a contingency posture of regular patrols”.

This means the party would vote for a cheaper alternative to full Trident replacement, which raises further doubts over whether the programme can gain a majority in a hung parliament.

The venue for the manifesto launch had disco lights, fairy lights and funky music.

Guardian columnist Marina Hyde said: “Not saying I’m depressed at life’s journey, but I once attended a rave in the space in which I’m now waiting for the LibDem manifesto launch.”

The excitement was short-lived as the event suffered from an electricity fault, leaving the Lib-Dems powerless.

The party has an affinity with nightclubs. The Ministry of Sound funds its campaigns. (Click here to read more)

At the manifesto launch leader Nick Clegg repeatedly referred to Alex Salmond as a threat to the UK, although Nicola Sturgeon has been SNP leader since last November.