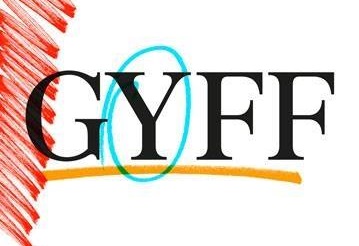 CommonSpace film critic Scott Wilson speaks to two of the young programmers behind this year’s Glasgow Youth Film Festival, which returns to the GFT this weekend (14-16 September)

The Glasgow Youth Film Festival coincides with Scotland’s Year of Young People 2018, a nationwide programme ensuring the country’s youth have access to inclusive education, feel a part of discussions pertaining to them, and are recognised as a vital contributor to Scotland’s culture.

Taking place over a weekend (14-16 September), the festival pulls no punches with its programming, selected by young people aged 15-19. In the last decade, films such as The Witch, We Are the Best!, The Wind Rises, and Wreck-It Ralph have all been chosen by the teenage committee to be part of the festival, a clear sign the future of cinema is in good hands.

CommonSpace spoke to two of the festival’s young programmers, Maya and Maxwell. Both aged sixteen, they spent their summer piecing together this year’s event, taking a trip to the Edinburgh International Film Festival, and watching the films that would eventually make up the 2018 programme.

They both want to see more exposure and opportunities for young people to get involved in cinema in Scotland. Believing there are benefits to representing cinema in education and schools, Maxwell says: “I think if you introduce it in that sort of environment, people will go off and find these experiences like GYFF. I think there should be more youth film festivals, there should be wider variety. It all begins with education though.”

He came to GYFF through pupil support in his school, having had the idea suggested to him after expressing interest in pursuing a career in cinema. Maya discovered it through her dad, a regular patron at the GFT. Both have been encouraged by the opportunity to work in film, with Maya being drawn particularly towards film journalism.

What is immediately clear is their respect, and passion, for cinema. In talking about their favourite films, they spend as much time finding empathy between film and viewer as they do their own opinions. They speak without pretension, with a certain infectiousness that makes you want to love what they love too.

A youth film festival is a reason to get excited, exemplified not only by the quality of films and events on offer, but by the diversity too: GYFF’s programme has a better director gender balance than most major film festivals.

What could be a gimmick is anything but. A youth film festival is a reason to get excited, exemplified not only by the quality of films and events on offer, but by the diversity too: GYFF’s programme has a better director gender balance than most major film festivals.

A vibrant range of films, workshops, and events are packed into this year’s offering. After going down a storm at the Edinburgh International Film Festival this summer, zombie-musical Anna and the Apocalypse is GYFF’s Opening Gala, followed by a Q&A with the cast and crew. Directed by Glasgow’s John McPhail, this one has future cult hit written in blood all over it.

Saturday features a double-whammy of upcoming features with serious buzz. A24’s Never Goin’ Back is a teen comedy about two high school dropouts, described by GYFF as a raunchy teen comedy about avoiding eviction, staying out of jail, and getting to the beach. Director Augustine Frizzell has positioned her film as trying to fix the class problem with teen comedies, in which characters often live comfortably in massive houses and safe neighbourhoods.

Also on Saturday is Crystal Moselle’s Skate Kitchen, about an 18-year-old girl called Camille pursuing her love of skateboarding against the wishes of her mother. Bonding with an all-female skate crew, Camille’s story has a five-star review in The Skinny, with critic Iana Murray calling it ‘quietly revolutionary for how it approaches womanhood.’

This year’s Closing Gala is a proper rock ‘n’ roll event: Richard Linklater’s School of Rock will be shown at Blythswood Hall, but not before a bona fide Battle of the Bands competition. No doubt this will be way hardcore.

Maxwell, Maya and I spoke about their favourite films. With GYFF this weekend, it seems only right to leave the final word with them, and their spontaneous reviews:

Maxwell, on The Lobster

“It’s like a whole package. It’s very well shot, and even if you don’t get any of it, you can appreciate the cinematography, the lighting, the characters, the absurdity of the whole situation. If you go a wee bit deeper it’s very profound, very introspective of society, there’s a lot to go into. Or, you can just enjoy the film for what it is. The fact that it’s so monochrome and bland by design and it doesn’t bore you; especially as a millennial, I have the shortest attention span ever, and the fact it holds your attention is a testament to the film’s intrigue.”

GYFF runs this weekend (14-16 Sept). The full programme with links to tickets can be found here and is also detailed below: