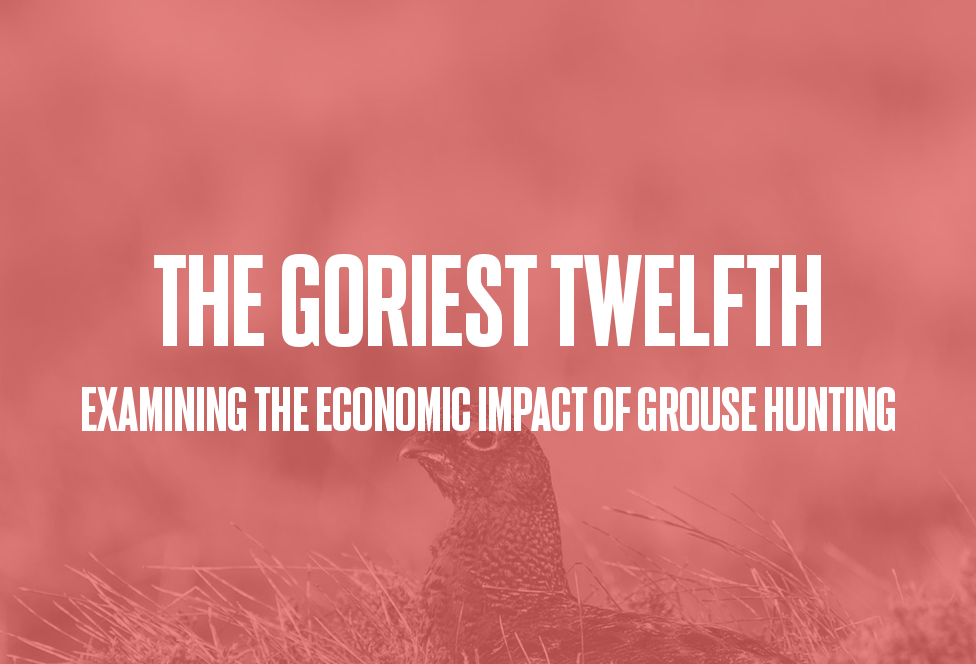 As I write, the grouse season opens and the hills of Scotland will be alive with the sound of gunshot, dogs and the deaths of thousands of birds at the hands of a scant few – the most privileged among us – all in the name of tradition and sport. Almost a fifth of Scotland is manufactured and maintained almost exclusively for this purpose – even when it is sold to the rest of us as a shortbread tin ideal of natural wilderness.

In The National we see an article by supporters of this industrialised slaughter lauding the supposed economic benefits of their activities. Pointing to the £155 million added to the Scottish economy each year and to the 8,800 jobs supported by grouse shooting.

The article also calls for politicians and activists to drop their “prejudice” when discussing such matters and to recognise the role of hunting in the “fragile rural economy”.

So now that I’ve got your attention with my own evocative language, let’s take up that challenge and look at the industry and its economic contribution.

The first thing to say is that data on the sector is notoriously poor. Scotland is a data desert in many ways but the economic numbers around grouse hunting is woefully inadequate and independent verification all but absent. In Common Weal’s paper Back To Life we used industry-published numbers on the basis that we thought it unlikely that the sector would try to underestimate its own importance. Our data suggested that the sector contributed only £32 million to the annual Scottish economy and supported only 2,640 jobs. Could it really be that the grouse hunting sector has grown by a factor of five in the past couple of years? That would seem to be a curiously understated story of economic success unparalleled by any other industrial sector in Scotland.

The jobs aspect is a curious one. Again comparing the data we obtained from the sector to those shared by the sector in The National it appears that the economic output per worker has increased from £12,121 per worker, per year in Common Weal’s dataset to £17,614 per worker, per year in the claims published by the sector this week. In a world wrestling with the problem of trying to increase productivity, a sector somehow producing a productivity boost of 45% should be global headline news.

The fact that it isn’t should be telling. I’ve long been wary of claims resting on “jobs supported by” a sector. My study of the flawed economics behind fracking found many cases of jobs figures being grossly inflated by including jobs that would almost certainly exist anyway without the sector such as a local postal delivery worker who happened to occasionally drop a letter in at the office. I would challenge the grouse hunting sector to produce a more detailed breakdown of where the jobs they are claiming actually come from.

But let’s look at this analysis from another angle. Remember that the grouse hunting consumes almost a fifth of the total land area of Scotland. Imagine there was no industry and you were charged with presenting the proposal to investors. Imagine saying that you wanted to use almost a fifth of a country to sustain only a few thousands jobs and produce £155 million in economic activity (at most). Even if the sector’s latest estimates are more accurate than our previous data then it still only represents less than £150 of economic activity per hectare of land. We have found that almost any other use of land would produce economic benefits which far outweigh the value of hunting. Agriculture produces around £500 per hectare. Forestry, around £900 per hectare. And those are two of the next lowest on our list. The same goes for jobs where activities like forestry would sustain more than twice as many jobs per hectare of land than grouse hunting does.

So imagine placing your grouse hunting business case in front of Scottish Minsters to capture a fifth of Scotland for one of the least economically powerful activities one can conceive of and then counting the seconds until they leave the room.

But, the sector responds, what of the “mosaic of sustainable land uses supporting fragile rural economy”? Have they considered that their monocropping of vast areas of Scotland is part of the reason for that fragility? There is no “mosaic” in Scotland’s estates – except perhaps the distinctive patterns of heather burning across the hills – as anything which competes with or distracts from the intensive maintenance of grouse is to be extirpated. There is strength in diversity both economically and environmentally and Scotland’s rural economies would greatly benefit from more of this approach. As we look towards a generation of effort to transform Scotland with a Green New Deal we must look to the least productive fifth of Scotland’s land as a potential contributor. Our research has illustrated what it could look like if we adopted a more robust, mixed use economy including forestry, agriculture, tourism, energy and housing. It will contribute billions more to the Scottish economy and sustain tens of thousands of more jobs.

But there is one section of The National’s report where the grouse hunting lobby is correct. This won’t be a quick or an easy replacement. We’re not arguing that it would be and I don’t think anyone else is either.