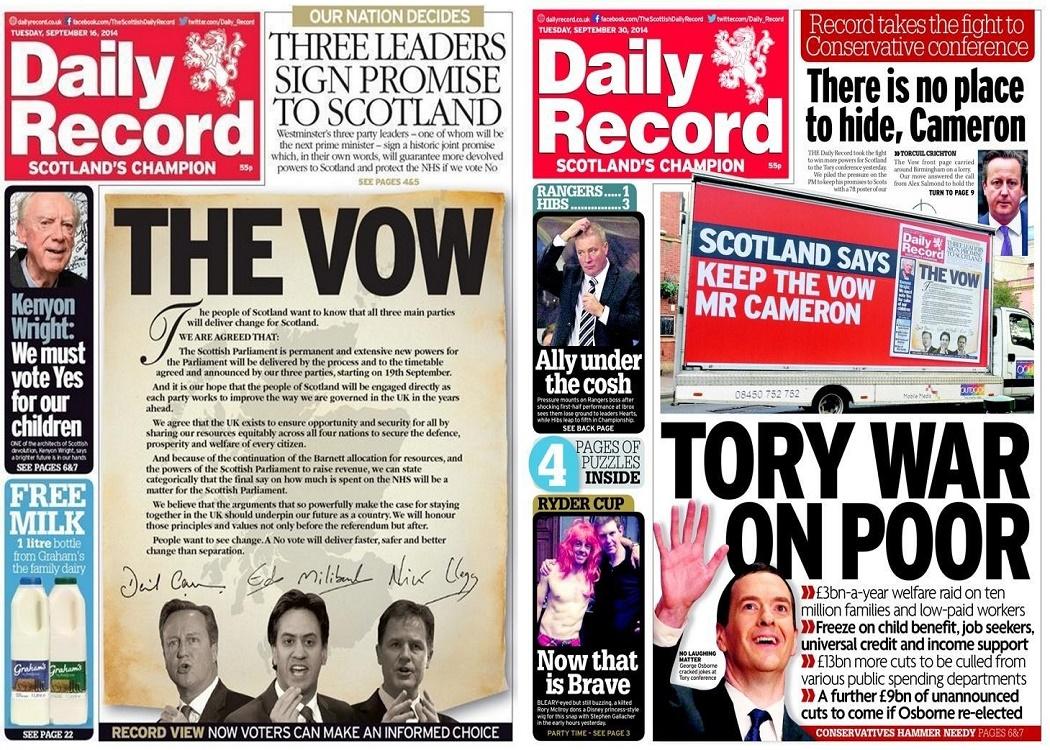 THE crucial moment during the Scottish referendum campaign was the pledge made by the three English-based party leaders that, in return for voting No, further powers would be devolved to Scotland.

The promise by David Cameron, Nick Clegg and Ed Miliband was published exclusively by the Glasgow-based Daily Record.

Its agenda-setting front page on 16 September, headlined “The Vow”, had an enormous impact on the campaign.

According to email correspondence published by Wings over Scotland – a political blog that favours Scottish independence – the Record created the “document.”

Picture courtesy of Wings Over Scotland