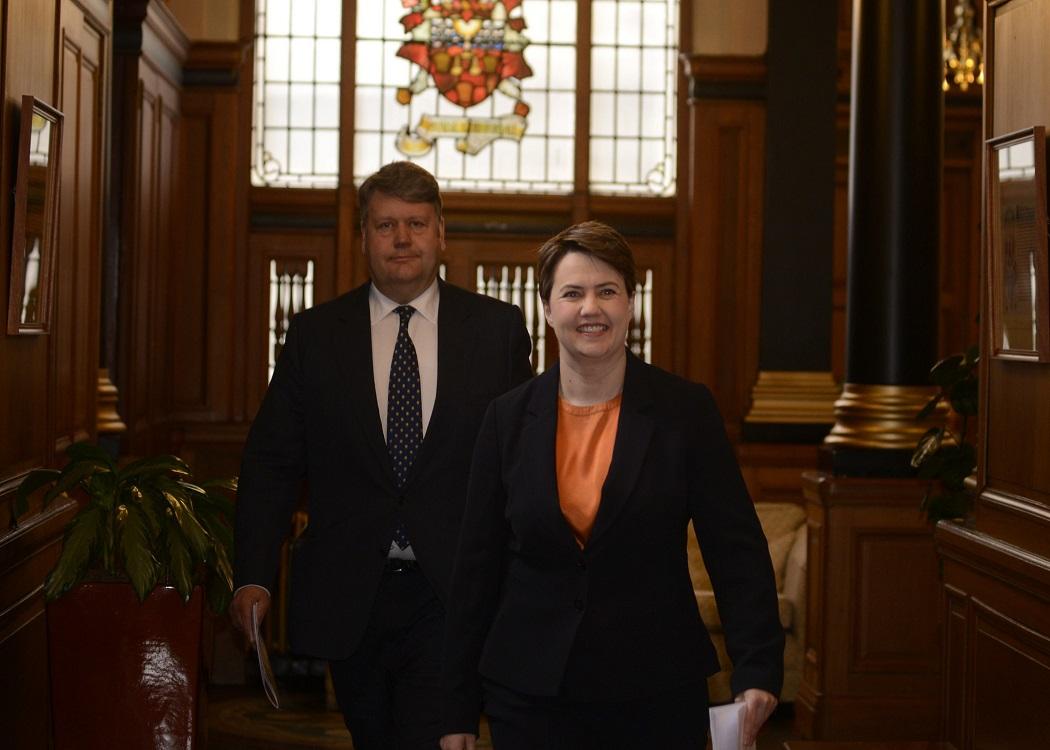 THEY were just another Scottish couple out for a walk on a Sunday afternoon.

Clad in coats, scarves, and with a look on the face of one of them that said: “I’d much rather be watching the boxed set of True Detective,” the two stroll along a harbour front, bumping shoulders. Yet from such seemingly mundane images is the stuff of Scottish political history made.

The Scottish Conservatives’ latest party election broadcast, which aired on Wednesday ahead of the party’s conference in Edinburgh today [FRIDAY], is a mixture of the tush-numbingly mundane and the gob-smackingly radical. It is not news that Ms Davidson is gay.

Since standing for public office her sexuality has been treated as just another part of her make-up, like once working for the BBC and being a dab hand at kick-boxing. She has been pictured with her partner before. So why mark this broadcast out as something remarkable?

Picture courtesy of the Scottish Conservatives