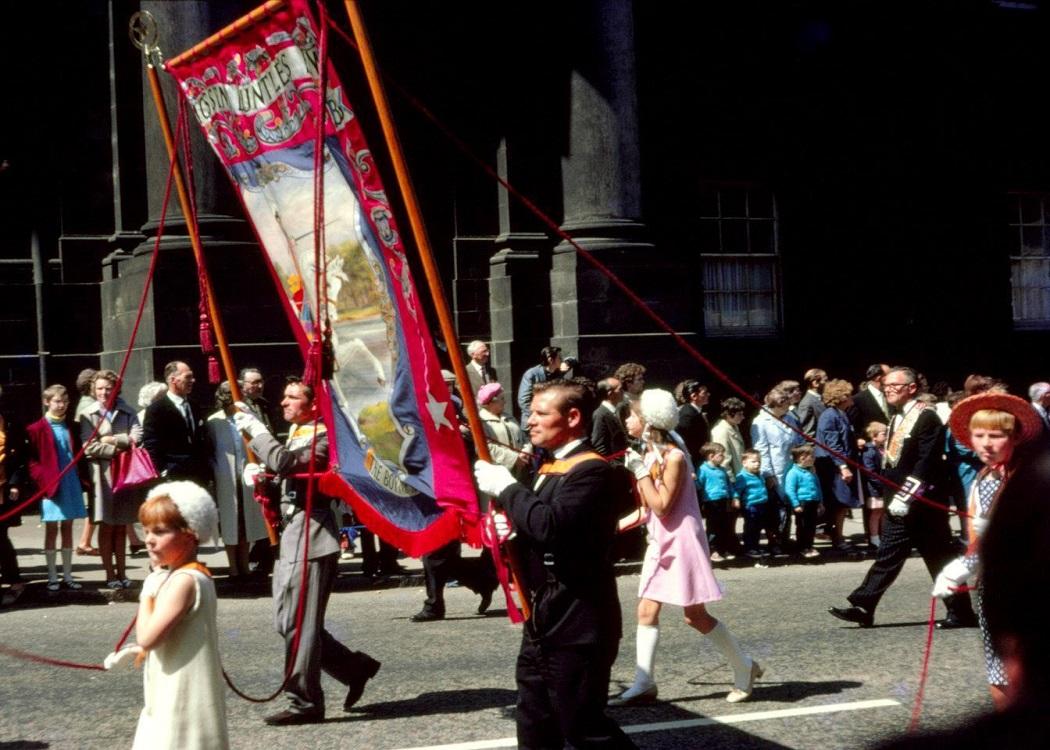 I remember my first experience of an Orange Walk. I was in a student flat in Edinburgh’s Leith when I was woken at some unearthly hour of the afternoon by loud banging. It sounded like someone was demolishing the tenement.

I craned out of the window to see curious folk with orange sashes and bowlers shouting offensive remarks about the Pope, throwing sticks in the air and hurling threats at residents waving the Irish Tricolour from their windows. The banging was from the Lambeg Drum, an instrument designed to resonate off tenement walls and instil fear.

I later learned that I was dossing in a supposedly Catholic area of town and this was one of many Orange walks. I’d had a sheltered atheist upbringing in which such things as religious sectarianism were unknowable. This was one aspect of 20th century working class culture that didn’t appeal.