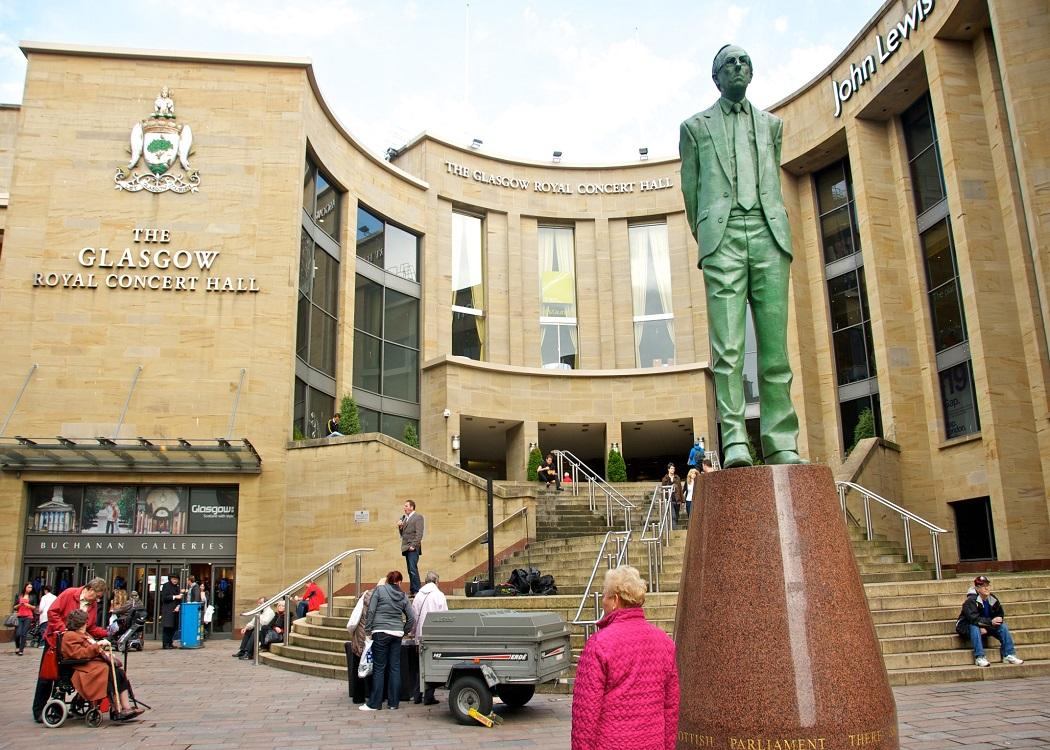 The Common Weal’s Katie Gallogly-Swan writes for The Herald on plans to scrap Glasgow’s famous Royal Concert Hall steps at the top of Buchanan Street.

MY DAD loves the little details of old Glasgow.

Walking with me through the West End – which in many respects is another city for a man who spent his youth in the dance halls of Coatbridge and his adulthood in a printing factory on the South Side – he delights in explaining the history and imagined nostalgia for the place.

Revelling in a sense of west of Scotland, Glaswegian belonging, he describes how the tenements went from industrial revolution slum to the corniced desirables of yuppieville; distinguishes the original cobbles uncovered by a crumbling tarmac job; and reminisces about dates of yore at the now demolished Creme de la Creme.