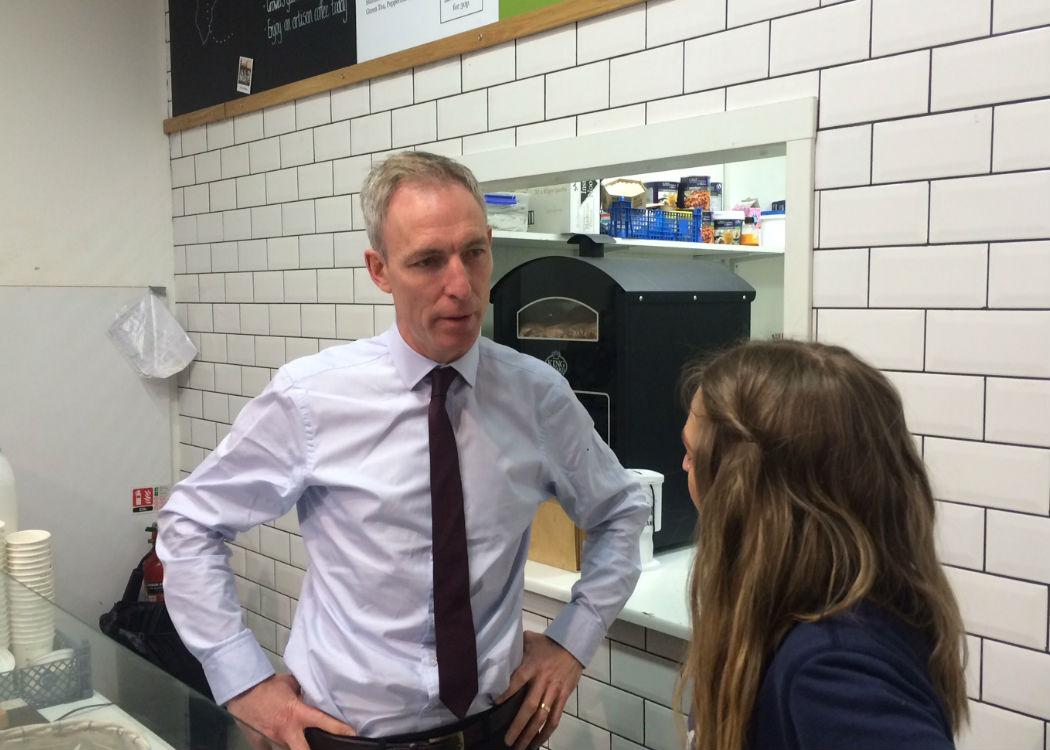 SCOTTISH Labour leader Jim Murphy has insisted that the man at the centre of a racial slur dispute is not a member of the Labour party.

Muhammad Shoaib appeared on the front page of the Daily Record last week as an apparent defector from the SNP to Labour. The paper called him an “SNP boss”.

But when asked by CommonSpace in an interview just hours after the paper came out, Shoaib insisted he was still in the SNP.

After Shoaib’s comments caused confusion over his membership status, the Labour party released a picture of him filling in a form, accompanied by a brief statement saying: “Mr Shoaib has resigned from the SNP and has completed his membership form to join Scottish Labour.” (Click here to read more).

Shoaib then caused controversy by inferring that SNP candidate Tasmina Ahmed Sheikh was a “coconut” and not a “pure” Pakistani.

However, when CommonSpace asked Murphy if he was concerned by Shoaib’s comments, Murphy said: “He’s not a member. He’s applied to join.”

When pressed on whether his comments were offensive, Murphy said: “I haven’t seen his interviews.”

Scottish Labour sources said his membership has not yet been processed and his application could be refused.

Ahmed-Sheikh called “his remarks were profoundly shocking and utterly disgraceful. And of course they were personally hurtful to me and my family.” (Click here to read more).

However, speaking to CommonSpace, Shoaib defended his remarks, claiming that the remarks had a historical context. (Click here to read more).

Humza Yousaf, Scottish Government minister for Europe and external affairs, has written to the Labour party calling for him to be expelled.

“I am sure as leader of Labour in Scotland you will want to take a similar zero-tolerance approach to racism, regardless of where it comes from. I am therefore asking you to take a strong stance against racism and to expel Mr Shoaib from the Labour party for such disgraceful comments,” Yousaf wrote to Labour leader Jim Murphy.

In June 2010 a Liberal Democrat councillor in Bristol, Shirley Brown, was found guilty in court of racial harassment after describing an Asian political opponent as a “coconut”.

The court declared that the term was used to accuse someone of betraying their heritage by pandering to white opinion, as a coconut is brown on the outside and white in the middle. (Click here to read more).