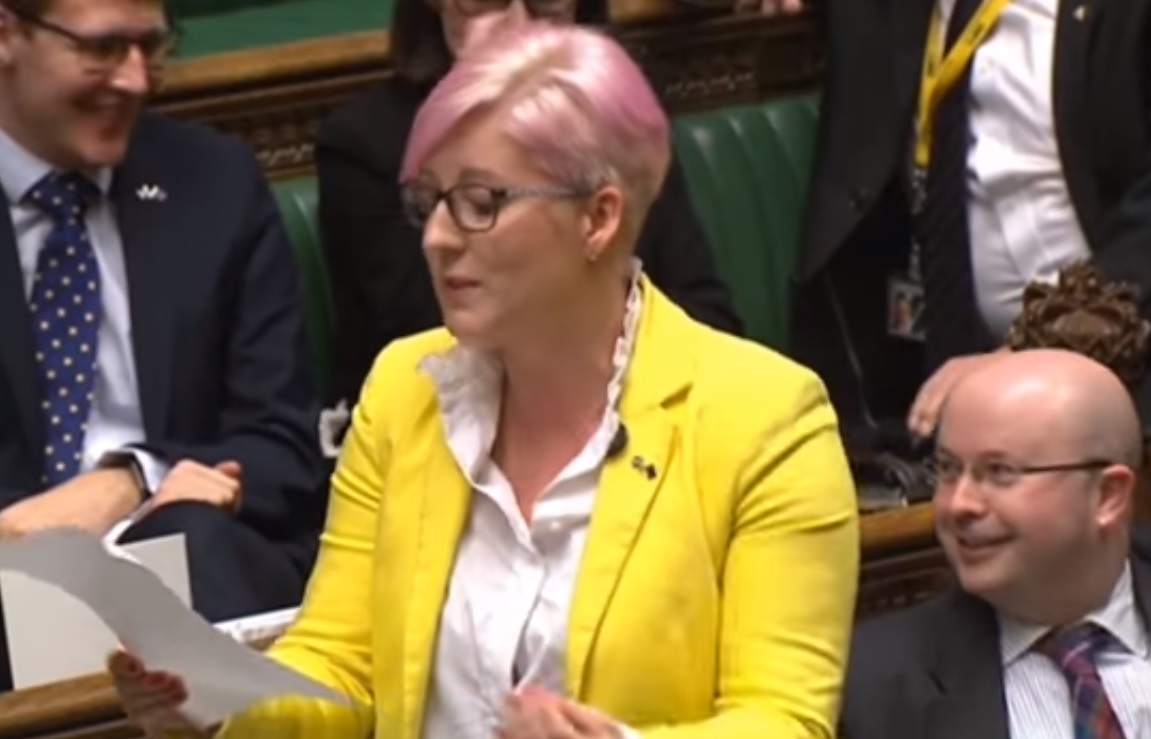 SNP MP HANNAH BARDELL lit up the Commons this week when she channelled her inner rapper during a contentious Commons debate on trade agreements after Brexit.

Accompanied with beatboxing from Glasgow East MP David Linden, she used the unconventional method at the end of her speech to sum up the situation. Linden later started a speech by saying: “I start by commending my home dawg from the east side, my hon. Friend – my honourable gangsta – the Member for Livingston (Hannah Bardell) for an excellent rap.”

Describing the first phase of Brexit negotiations as a “floundering mess”, Bardell asked if the right honourable member for Maidenhead, the prime minister, had lost the thread, letting the “Brexit spool unravel”.

Speaking after her performance, Bardell told Commonspace she wanted to make her analysis of the bill accessible to everyone, not just policy buffs: “I was watching the rapper Professor Green talking about having more working class people who understand the impact policies have and engaging with the public on Channel 4.

“As I was writing my speech, it occurred to me that it is a dry topic and very technical and perhaps deploying a different tactic to reach out might work, so I thought why not write a lyric/rap.

“I start by commending my home dawg from the east side, my hon. Friend – my honourable gangsta – the Member for Livingston (Hannah Bardell) for an excellent rap.” David Linden MP

“If we’re going to reach out to the wider audience that our decisions affect, then sometimes different tactics are needed.”

Bardell’s performance followed her speech raising problems with bill, which she described as “rushed”. In particular, Bardell said that trade deals should ensure Scottish brands such as Scotch beef are protected.