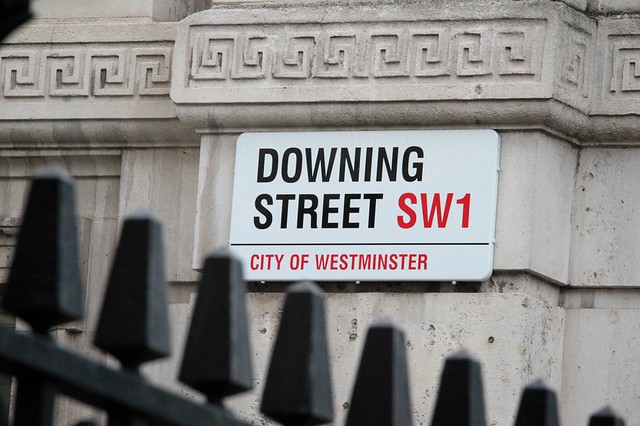 Who are the major figures of Boris Johnson’s new cabinet – and what effect could they have on the future of Scottish politics?

BORIS JOHNSON’S victory in the Conservative Party leadership contest and rise to the position of prime minister was swiftly followed by a brutal cabinet reshuffle which saw the upper ranks of the UK Government take a harsh turn to the Right.

As CommonSpace has reported today, Johnson’s premiership has already provoked much debate over how the Scottish independence movement should respond to his new government, given the polarised feelings that Johnson inspires in Scottish politics and his pledge to act as “minister for the Union” during the leadership contest.

With the dust settling around his new cabinet, what implications do these new ministers have for the battle over Scotland’s constitutional future? CommonSpace runs down some of the most notable new appointments.

Sajid Javid, Chancellor of the Exchequer

Leaving his prior position as home secretary for the chancellorship, the fourth-place contender for the Conservative Party leadership and erstwhile Remainer has recently indicated his willingness to see the UK leave the EU without a deal – a reversal which may make him a better fit for Johnson’s arch-Brexiteer new regime.

Although widely perceived as relatively moderate in comparison with some of his new cabinet colleagues, Javid is unlikely to win fans on the Left. As the financial journalist Ian Fraser pointed out on Twitter following his appointment, Javid was “one of the CDO traders whose activities fuelled the global financial crisis of 2007-9”, and attempted to avoid tax on his £3 million per year earnings as a Deutsche Bank investment banker.

Javid is even less likely to approach the Scottish Government in a conciliatory manner, following the reaction that greeted his refusal to grant permission for a second independence referendum, should he become Prime Minister. Social media responded with the hashtag #PermissionFromSajid, wherein derisive independence supporters mockingly sought his permission for everything up to and including staying out after dark.

Patel, a former International Development Secretary until 2017, when she was forced to resign after it was revealed she had secretly held unauthorised talks with the Israeli Government, is one of the many choices for Johnson’s cabinet which defines its far-right character, being a hardline Brexiteer, a member of the reactionary 1922 Committee and a notorious supporter of the death penalty.

Scottish ministers are unlikely to forget that Patel, during her time as a backbencher, gave a speech at the Institute of Economic Affairs – reputedly the favourite think tank of Margaret Thatcher – in which she suggested that the growing debate over Scottish independence provided a “good opportunity” to slash spending by reforming the Barnett Formula.

Patel stated: “There are many areas such as elderly care, tuition fees and prescriptions where Scots are basically getting a better deal than the rest of the country.

“These are considerable sums of money which should be reduced as part of deficit reduction plans, but the point I am making is in the light of the wider politics of Scotland right now. Scotland is talking about independence. I would rather they remain in the UK, but we have a funding imbalance that has to be addressed.

“When you think about the prevailing doctrine in all the parties in Scotland, everyone is talking about more devolution, so there is a good opportunity now for the UK Government to actually start having discussions to make sure that Scotland actually pays for itself.”

A surprise for the many commentators who predicted David Mundell’s role would go to Ross Thompson, one of Johnson’s most high-profile Scottish supporters, the new Scottish secretary has backed what he has rather vaguely called “a successful Brexit for Scotland”, which is unlikely to convince the solidly pro-Remain Scottish Government, or the majority of Scots voters who backed EU membership.

Upon his appointment as Scottish Secretary following the reshuffle, Jack argued that it would not be his efforts that halt pro-independence sentiment in Scotland, but the positive benefits of the UK itself.

Jack said: “I’m not going to prevent Scotland from wanting to leave the UK. The reasons that Scotland are going to want to remain in the UK is because we are going to put a positive message forward.”

Jacob Rees-Mogg, Lord President of the Council and Leader of the House of Commons

Rees-Mogg, held up by many of his opponents as a walking caricature of the unreconstructed, upper-class Tory Right and another arch-Brexiteer addition to Johnson’s cabinet, is somewhat mercurial on Scottish affairs.

Speaking in Scotland last year, Rees-Mogg made the fairly rare concession amongst Conservatives that Scotland should be allowed to hold another independence referendum – but only after 20 years.

Speaking to the BBC, Rees-Mogg said: “Of course Scotland is entitled to have another referendum at some point in the future, but I think the SNP’s position of a ‘generation’ is a reasonable one – that it should be a generational decision.”

In contrast to Priti Patel, Rees-Mogg has also suggested that the current constitutional arrangement of Scotland’s relationship with the rest of the UK should be accepted – albeit in unflattering terms.

In 2013, Rees-Mogg highlighted the possibility that a general election could result in a Labour-led government thanks to Scottish votes, despite the Tories holding the majority of English seats.

Describing this as “clearly absurd and very unfair on the English,” Rees-Mogg argued: “Those of us who are English should feel that this is a price worth paying for the United Kingdom.”

The two-time Conservative Party leadership loser’s appointment is another indication that Johnson’s cabinet will lean heavily to the Tories’ right flank, given the controversy that has met her past comments on LGBT education, in which she argued “it is right that parents should be able to choose the moment at which their children become exposed” to such teachings.

Leadsom was another outlier in the battle for the party leadership on Scottish matters, saying she would “never say never” to the possibility of a second independence referendum and stressing her support for devolution.

Speaking earlier this year, Leadsome said: “The reason I say ‘never say never’ is because I do not think that there should be another independence referendum in Scotland, I do not think it’s in their interest, but on the other hand, I am a big believer in devolution.

“So what I just want to say is I am not going to stand here and utterly rule it out because I think that that is disrespectful. But I would very strongly fight against a second referendum, which I don’t think is in the interest of Scotland and it’s definitely not in the interests of the UK.”