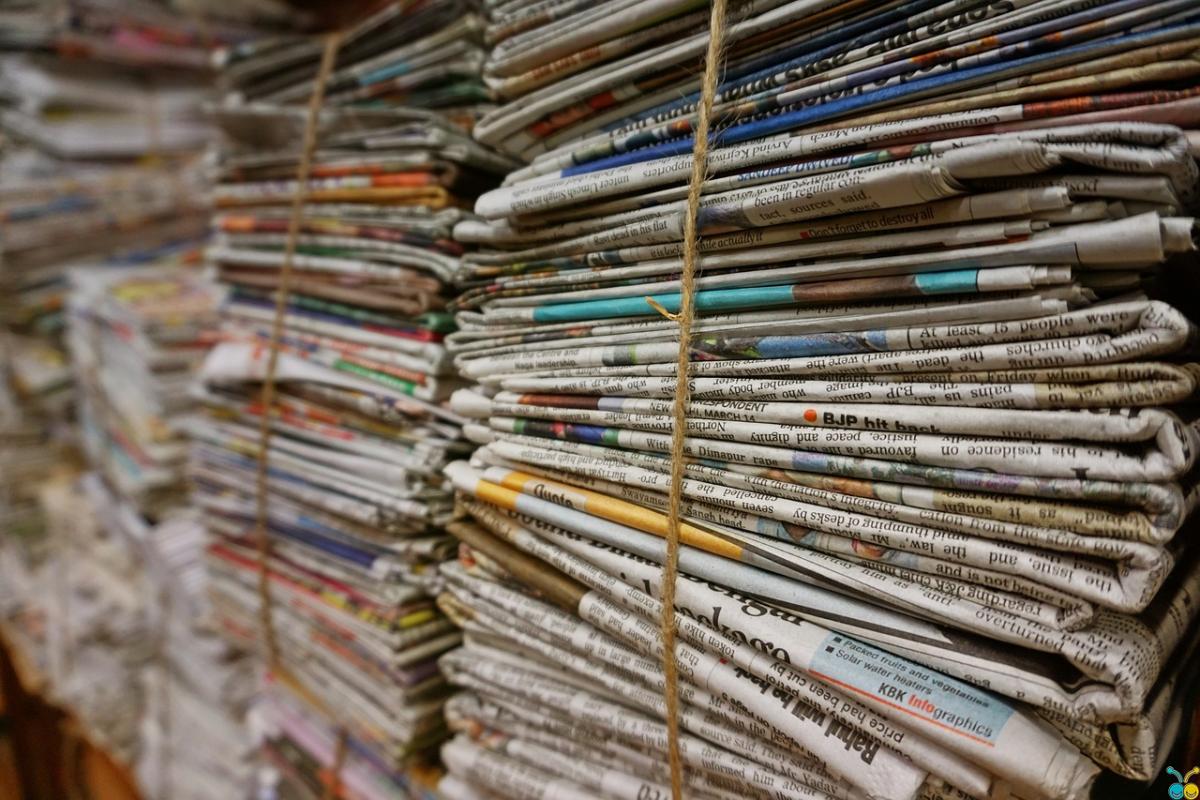 As journalists are laid off in both digital and traditional media news rooms, there is a need to reinvent news models. CommonSpace journalist Rhiannon Davies explains how we are seeking to do that in 2019 following our survey responses, some of which she outlines below.

THE past couple of weeks has seen swathes of high profile cuts right across the spectrum of digital media:

These forms of new media were once heralded as the future of journalism. So what has gone wrong?

In a viral post on Twitter, US based journalism professor, Jeremy Littau, attempted to outline some of the complexities behind the media layoffs.

He highlighted the excessive profit margins of consolidated newspaper chains, with companies like Gannett (which owns the Newsquest media group) and Knight Ridder were commonly at 30-40 per cent in the 1980-90’s.

The internet changed the market dramatically and newspapers failed to innovate in line with other tech companies. Circulation dropped, but the shareholders had come to expect huge profits. So cuts were made and the quality of the output plummeted too. The drop off in readership and subscription led to a loss in ad revenue. Corporations transferred this investment to Google and Facebook, which could guarantee a more reliable captive audience. 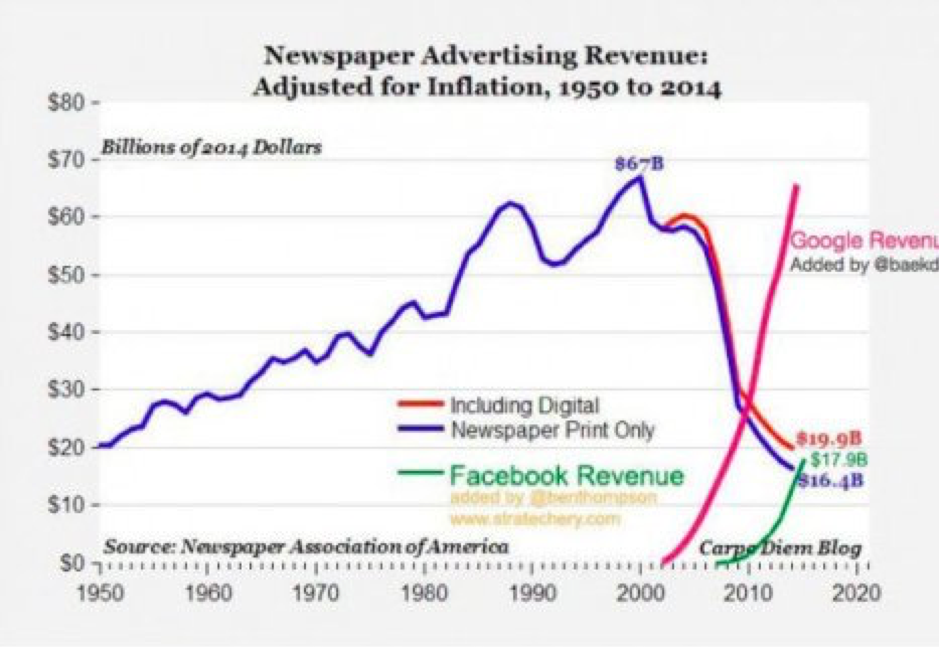 Littau warned of the dangers of hedge fund smoving in. Earlier this month, alarm bells rang when a hedge-fund backed media group, Digital First Media, made a bid for Gannett – the parent company of Newsquest, which owns The Herald, The Evening Times, The National among others.

As Littau writes: “When hedge funds are in the game, you’re being stripped for parts to sell off. They have no interest in growing the paper or finding a sustainable model. That’s not what they exist for.”

There are many other factors too, and the whole thread is worth a read. But in short, he lays the blame squarely on corporate greed, and claims: “The news model needs to be completely reinvented.”

Yesterday, The Guardian ran an opinion piece from Roy Greenslade; ‘Journalism is foundering, but is there a light at the end of the tunnel?’. The basis for this was his meeting with two ‘innovators’, both of whom have start-ups aimed at increasing digital ad revenue for traditional media.

However, Greenslade’s argument is premised on the notion that advertisers will have to fund the news – ignoring the fact that it is the over reliance on corporate funders that has brought about so many of the problems faced by the media today.

There is another way.

CommonSpace doesn’t rely on advertising funding. And in doing so, we both retain editorial independence, and also ensure we are not dependent on the whims of the market.

Instead CommonSpace is funded via the Common Weal, which in turn is funded by regular donations from supporters right across Scotland.

Rather than operating as a traditional form of media that is based on one way information traffic, we want to take a more inclusive position, so this year we’re focusing on building the CommonSpace community.

We carried out a survey over the Christmas holidays to find out what you thought about CommonSpace, what we could do better, and how you wanted to get involved. Below are some of the suggestions we received, and what we’re doing about it.

What could CommonSpace do better?

We have been steadily building our video content over the past few months, which has seen a steady increase in traffic to our site. The most successful of our videos was seen by a incredible 1.6 million people worldwide.

This is one of the things we want to work on this year. We are very aware that we are confined by the fact that the core team is based around Glasgow and Edinburgh. So if you have a story from elsewhere in Scotland, please do let us know on media@common.scot.

We have introduced a bullet point system in all our news reports – giving you the key arguments right at the top – for those that don’t have time to read them in full.

Absolutely – constructive/solution focused journalism can inspire people and make a difference – something we intend to do more of in 2019.

We are currently working on a redesign of our website, to be launched this year. We’re hoping you will find this a major improvement, but if you have suggestions/feedback on the website design, please do let us know.

We have had problems when we opened our articles up to comments in the past, but this is something we are discussing in the process of our redesign – we recognise it’s important to allow space for discussion. One option we are considering is introducing a letters page, allowing people to give feedback on our work and Scotland’s big stories.

How you want to get involved:

These are just some of the brilliant ideas we received – all of which we are discussing to see how we can get more of the CommonSpace community involved with what we do.  We had our first CommonSpace forum event last week, something we intend to do on the last Thursday of every month in the Kinning Park Complex. You can watch the video from last week here. If you have any suggestions for future topics for these events, or if you would be interesting in helping to organise a CommonSpace forum event where you live, get in touch: media@common.scot

If you believe in the importance of media and want to be part of a new type of journalism, show your support by donating to CommonSpace. If you can’t spare any money, but want to get involved with CommonSpace in some other way, get in touch via media@common.scot.

Some of the reasons why people donate: