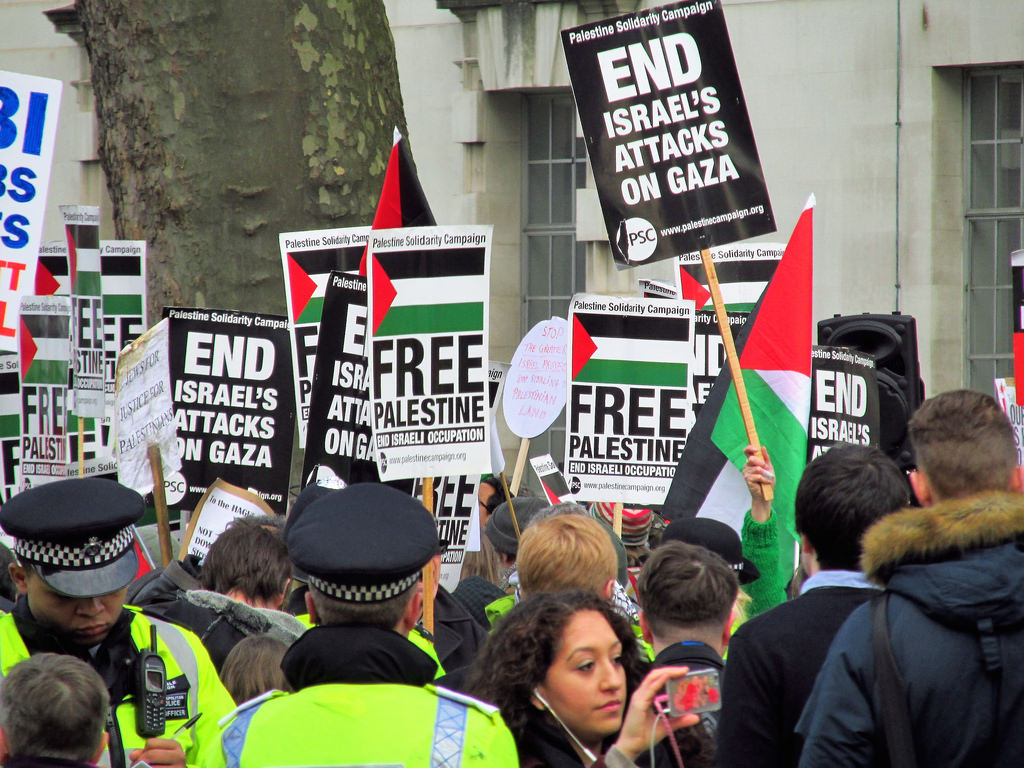 ACTIVISTS exposing the situation facing Palestinians have re-committed themselves to action following Labour’s adoption of a controversial code on antisemitism, which many think will further stifle honest debate on Israel’s actions.

After facing a storm of criticism over the summer, Labour’s ruling executive committee adopted the controversial “contemporary examples” of antisemitism included in the Internation Holocaust Remembrance Alliance  “working definition”.

The party had previously adopted the definition and an amended version of the examples which have attracted criticism for limiting free speech and excluding legitimate criticism of Israel.

Most debate on the IHRA definition is fuelled by one of the examples which claim it to be antisemitic to describe the state of Israel as racist, pro-Israel activists suggest that any criticism should be centred around the actions of Israeli Government policy rather than how the country was formed.  Several Palestinian rights groups said Labour’s adoption of IHRA would have a “chilling” impact on the ability to criticise the state of Israel’s actions in the occupied West Bank and blockaded Gaza.

In an apparent defiance to Labour’s adoption of the examples, posters have sprung up on billboards around London stating: “Israel is a racist endeavour.”

Speaking to CommonSpace, pro-Palestine activists in Scotland have said that the increasing adoption of the IHRA examples is part of an ongoing campaign to delegitimise and smear those who criticise Israel, but that they would be redoubling efforts.

Mick Napier, from the Scottish Palestine Solidarity Campaign [SPSC], pointed to a speech by a previous Israeli foreign minister, Abba Eban, who said in the early 1970’s that the aim of “Israeli propaganda” throughout the world was to make sure that any anti-Zionist activity was branded antisemitic.

“This attempt to brand campaigners as racist or antisemitic is not new, it has been happening for a very long time,” Napier explained to CommonSpace.

Napier also pointed out to the SNP’s decision to adopt the IHRA examples: “Here in Scotland, the governing Scottish National Party endorsed the IHRA definition without a murmur of dissent, contrary to the conclusions of its own study under Lord Bracadale, who insisted that protecting political entities such as Israel under the cloak of anti-hate crime legislation could endanger free speech rights.

“SPSC will defy this attack on free speech. We will show in everything we say and write that Israel is a racist state – much worse, in the words of Archbishop Desmond Tutu, than was apartheid South Africa.

“The Labour retreat comes on the heels of coordinated US-Israeli attacks on Palestinian refugees; ongoing Israeli massacres even while the US works to ‘disappear’ the refugees from the concerns of the UN and UNRWA and to award Jerusalem to the regime. Under Trump, the US has bared the fangs that Obama concealed behind honeyed words.”

READ MORE: Rhea Wolfson: I’ve been a victim of anti-Semitism – Labour is doing the right things to stamp it out

In his 2017 report on the issue, Lord Bracadale, formerly one of Scotland’s most senior justices, said that the right to engage in legitimate political protest is fundamental in a democratic society.

Bracadale suggested that extending hate crime legislation to cover political remarks would “extend the concept of hate crime too far and dilute its impact. The freedom of speech to engage in political protest is vitally important.”

Speaking to CommonSpace, Bill Mair from SPSC Fife spoke of how often he has been threatened with arrest during local protest activity.

“I was threatened with arrest when leading 750 protesters through Kirkcaldy to denounce Israeli mass murder of Gazan civilians if we chanted ‘From the river to the sea, Palestine will be free’,” Mair said. “We chanted it loud and strong.

“I have a burning desire to speak the truth. The more you try to silence us, the louder we will say it.

Robina Qureshi, a pro-Palestine activist in Glasgow who works with the refugee community in housing provision, pointed to how little people know about the situation facing Palestinians and the numbers of people being forced to flee their homes.

A refugee activist in Edinburgh, speaking under condition of anonymity due to his own precarious citizenship circumstances, agreed, telling CommonSpace: “When other refugees come here to the UK we are able to talk about our stories, but when my Palestinian friends want to talk about their lives it is denied to them.

“Whenever they speak out they are told their country [Palestine] does not exist. If they start to talk about their experiences and the reality of what Israel does to them, then they are told they are antisemitic. People are too scared to talk.”

Several people CommonSpace approached, including some in the Scottish Jewish community, said they would prefer not to speak out due to what one described as the “toxic” nature of the current debate.

Labour leader Jeremy Corbyn continued to be attacked by influential figures in his own party even following the code’s adoption, after it was revealed the left-winger and veteran Palestine campaigner had introduced a short note for discussion at the party meeting which expanded on the examples given in the IHRA definition.

Explaining the vote, a Labour spokesperson said: “The NEC has today adopted all of the IHRA examples of antisemitism, in addition to the IHRA definition which Labour adopted in 2016, alongside a statement which ensures this will not in any way undermine freedom of expression on Israel or the rights of Palestinians.”

Despite Labour’s adoption of the examples, pro-Palestine campaigners insisted they would carry on in their work. Sarah Glynn, from Scottish Jews Against Zionism, said: “Labour will go on conceding ground to the right-wingers and Zionists but it will never be enough for them.

“The IHRA examples will stifle discussion and stop freedom of speech because that is what they were written to do. But we will go on fighting for what is right. Let cowards flinch and traitors sneer, We’ll keep the ‘red’ flag flying here.”