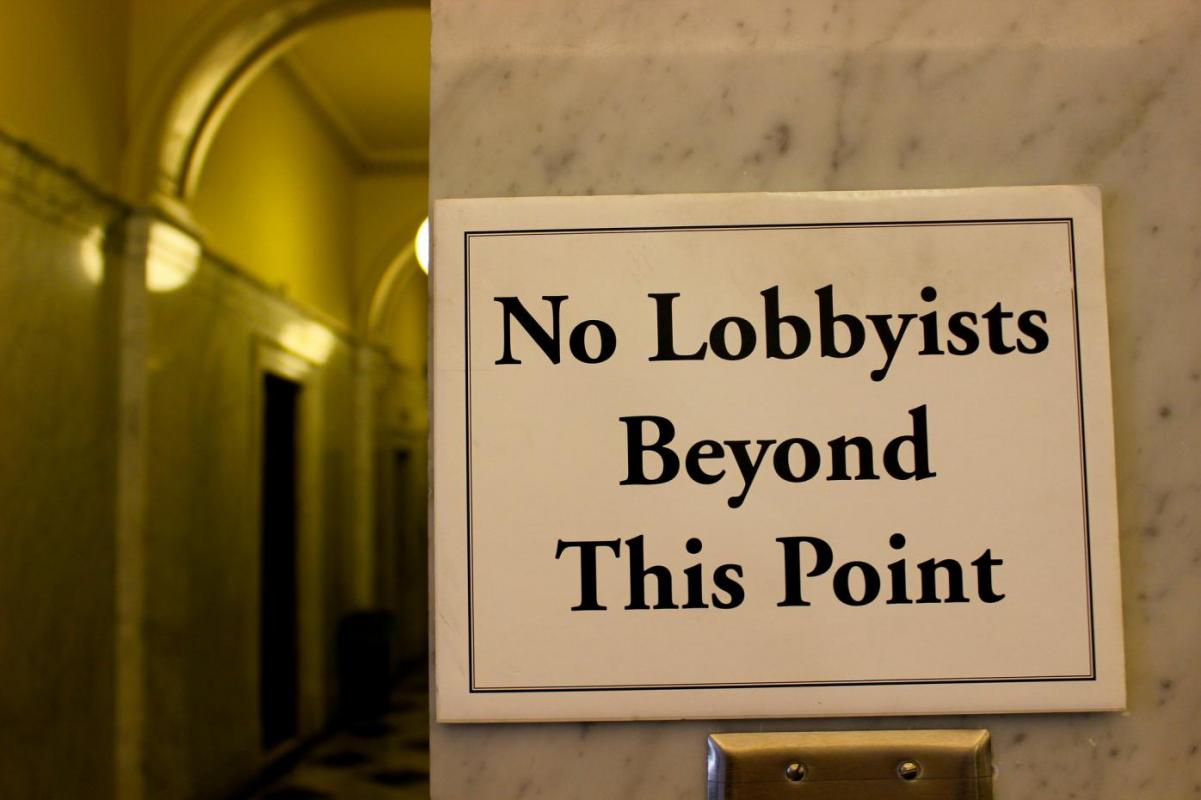 This top trio – think tank ideas, the media and lobbying government is powerful, so powerful in fact, it has shaped the society we live in and the Britain we know

IN 1977 The Adam Smith Institute was founded by Madsen Pirie, he hated what Britain had become under Labour and had a plan to change it. He approached the CEO’s of many top companies, explained his plan and left most of them clutching a large cheque.

Pirie and another think tank, The Institute of Economic Affairs teamed up with senior journalists from The Telegraph, The Times and the Daily Mail.

Imagine this: They met every Saturday in a wine bar. Over lunch, with Thatcher’s researchers they thrashed out a weekly strategy to publish stories in the media and lobby ministers about the same, big business serving, policy points.

Many of the key policies that we would think of as a hallmark of Thatcherism were actually a product of this process. Pirie claims either full or partial credit for the privatisation of the railways and other industries, for the contracting-out of public services to private companies, for the poll tax, the sale of council houses, the internal markets in education and health, the establishment of private prisons, GP fundholding and commissioning and later, for George Osborne‘s tax policies. They created an immense amount of change – we deserve at the very least to know who is funding it, don’t we? These think tanks claim to campaign on behalf of ‘open society’ and their ‘experts’ are paraded on TV as ‘neutral’ yet they refuse to admit who funds them.

The commercial Lobbying industry is mind bogglingly huge – worth about PS2 billion in the UK, with the finance industry alone spending about PS98 million to lobby government.

Phillip Morris international the tobacco firm hired the lobbying firm CTF with a PS6 million contract just to fight the single issue of plain packaging of cigarettes. When you think of examples like these it is genuinely a miracle that these days we have any public policy that is actually in the public interest.

I mean what’s a rich businessman to do when he has reached the limit of donations to the Tory party ?- No problem Sir – donate some more to the think tank that is linked to them.

In Scotland lobbying the government over devolved areas obviously takes place, although it’s is very difficult to determine to what sort of level.

The ‘Lobbying Transparency Bill’ is now in the consultation stage at Holyrood, the Scottish parliament is asking for written consultation responses to be in by the 24th July.

This is important in light of how influential corporate lobbying can be against the public interest. If Scotland is to get more powers it will become even more of a lobbying target.

It is imperative that Holyrood does not follow the example set by Westminster in this. The UK lobbying register brought in as part of the ‘Gagging Bill’ is widely criticized as ineffectual window dressing.

The register should cover face to face meetings with MSP’s, and civil servants and also events, phone calls, letters, emails and cross party groups. The information should be easily available to the public. The money involved is a key point.

It is of public interest to know if a company is spending PS2 million trying to convince the government that say, fracking is safe and wonderful. Journalists from sites like Common Space can then write about that as ‘news’. The public is informed, the corporates are pulled out of the shadows and the public debate can begin.

Common Weal is joining up with the Electoral Reform Society and Spinwatch to campaign for the bill to be tightened up. Between us we have already taken meetings with MSP’s and civil servants to highlight our concerns. We would like other organisations to join our coalition. Would your organisation be interested in joining the coalition?

Holyrood – this is a big opportunity to show that Scotland is not Westminster and safeguard public policy for the next generation. Over to you.