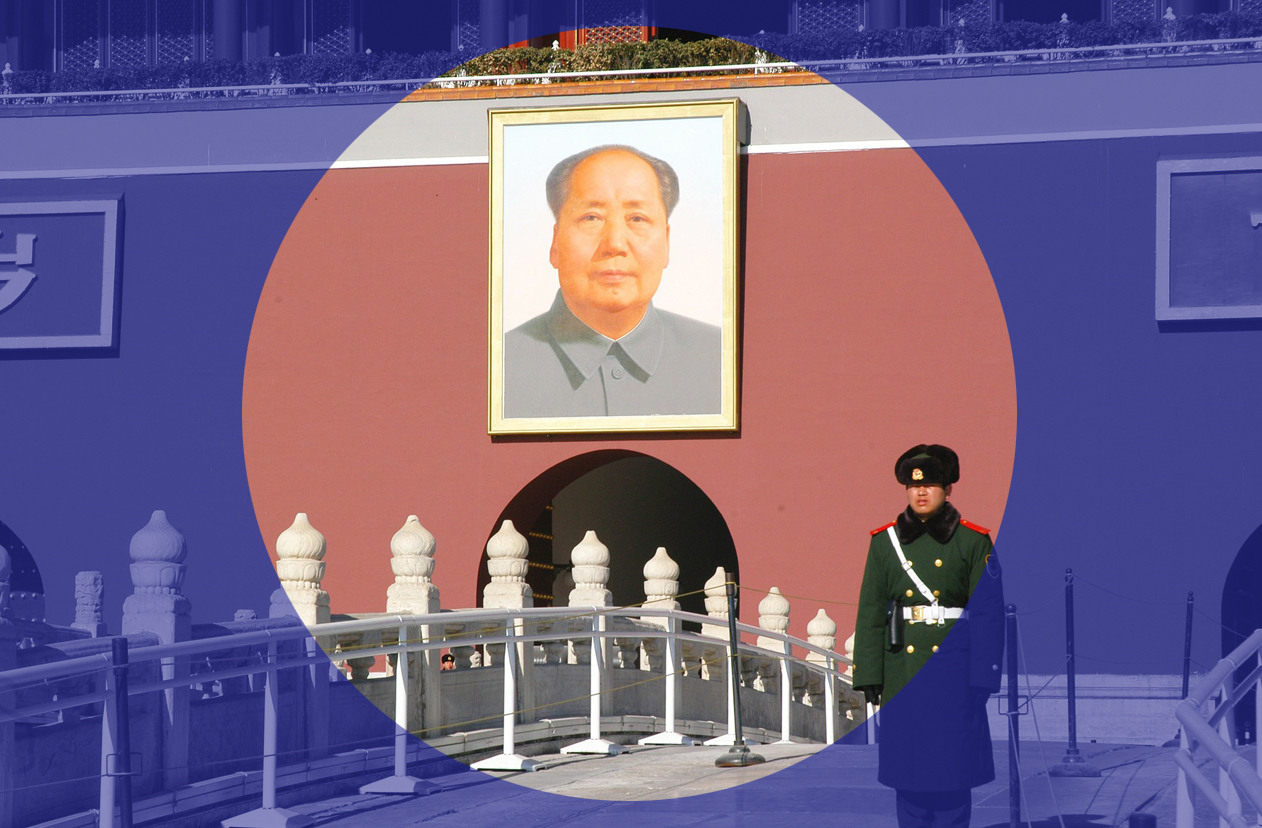 “US leaders will spend the next decade and more trying to defend their privileged position at the top of the global order. They will marshal national and racial animus to do so. And sooner or later, the diplomatic intrigues and economic blockades will almost certainly turn to chaotic violence.”

The United States and its western allies are on an accelerated collision course, argues David Jamieson

COMPLAINTS that China is using the pandemic to give itself the edge in global competition are rife in ruling circles.

Always ready with a warning about foreign evils, French establishment intellectual Bernard-Henri Lévy warned that China was advancing “a plan to become Power Number One”, the unspoken reproach being that only one country maintains the right to be that power – the United States.

And it is in the current ‘Number One’ that the drum is beating loudest against China. Enraged by the collapse of the economy in an election year, President Donald Trump has raged against the “Chinese virus” and continues (16 April) to circulate conspiracy theories that the virus may have been released from a lab, rather than a market in Wuhan. He has additionally claimed that China has concealed the extent of the impact of the virus in its country, and situated it at the heart of a global conspiracy – with the World Health Organisation (WHO) fashioning its response to the pandemic in order to suit Chinese interests.

This is not simply a case of Trump going off-script. He was backed up by his secretary of state Mike Pompeo, who demanded China “come clean” about the origins of the virus. Trump has backed up his WHO theory with action, suspending payments to the outfit at the height of the global pandemic.

Trump’s relentless accusations have had the desired effect, with 77 per cent of US citizens blaming China for the crisis, including large majorities of both Democrats and Republicans. This has been accompanied by a surge in hate crimes and incidents of anti-Asian racism, which federal agencies have done virtually nothing to combat.

Ominously, 54 per cent also want reparations from China, something Trump will likely seize upon in future action against the country, whether that takes the form of an escalated trade war, or in some other sanction.

The new tensions strike at the heart of the global system. In recent decades, the process of globalisation, supposedly marked by a global convergence of economic and social forms, has in fact been promoted by a striking divergence in the global system. Put simply, consumer spending (in large amount debt-fuelled) in the US and the west, has met production in China and other quadrants of the ‘global south’ and emerging economies.

The western consumer market buys-up commodities produced on the cheap in a country where independent unions are suppressed and speech and political rights controlled. Inside the velvet glove of ‘free-trade’ and ‘open societies’, the iron fist of authoritarianism.

This nexus is sometimes referred to as ‘Chimerica’ and has swollen since Presidnt Nixon’s rapprochement with Chairman Mao in the 1970s. It has steadily eroded the US’ productive base, enlarging its trade deficit with China. It has also transformed Chinese society, emptying the countryside into massive urban developments.

Chimerica has made the business class in both countries enormously rich. But it was increasingly unstable, even before the pandemic.

China’s growing influence, through projects including it’s Belt and Road imitative from 2013, have shaken the relationship. More than 70 countries across Asia, Europe and Africa have seen significant investment and new partnerships with China, in an open plan to construct a new sphere of influence.

Long before Trump, US state strategists began to push back. President Obama pivoted American military attentions towards the contest in the South China sea. At the same time, the US began to develop and encourage protectionist measures to undermine Chinese economic development.

When Trump arrived on the scene, he simply turned the heat up, making it clear that he saw China as the major threat to US hegemony in the world system. His ‘trade war’ has been more limited than the dramatic name would suggest, since both economies remain extremely interdependent. But combined with resistance to the growth of Chinese tech, including Huawei in the US’ allies like the UK, it did signify a ratcheting-up of tensions.

Yet late last year it was possible to imagine that these tensions would still take decades to reach fruition. The pandemic is rapidly accelerating conflict between the west and China, which will likely express itself in flashpoints around the world system.

In the late nineteenth and early twentieth century, some European and American thinkers became fixated on the idea of East Asia as a threat to western civilisation, which they called ‘the yellow peril’. In the US, this was often combined with racism towards Chinese labourers, servicing the US’ rapid unification and industrial development.

The United States, like European powers, demanded China itself ‘open’ to western economic activity, which ravaged the country and destroyed its sovereignty. Chinese nationalism today views itself as the inheritor of movements of resistance against western domination, and a repudiation of arrogant racism. The narrative being developed today in the west has form, and animates deep sensitivities.

It isn’t necessary to make a paradise out of China where one does not exist. China is an emerging, powerful capitalist power – presenting itself as an alternative pole and model for the future of economic and social development. It has lifted masses of its population out of poverty, and it has repressed their political lives. It is a system based on extraction, exploitation and geopolitical ambition, just like all its rivals in the West. If this were not true, it could never have formed such a vital pivot in capitalist globalisation – in Chimerica.

Chinese officials have also launched their own propaganda effort, both referring to an “American virus”, brought to China by the US military, and celebrating its new relationships in countries like Italy and Serbia at the height of the EU’s fragmentation.

But it would misguided frame the looming confrontation as one between equal and opposing forces. US leaders will spend the next decade and more trying to defend their privileged position at the top of the global order. They will marshal national and racial animus to do so. And sooner or later, the diplomatic intrigues and economic blockades will almost certainly turn to chaotic violence.