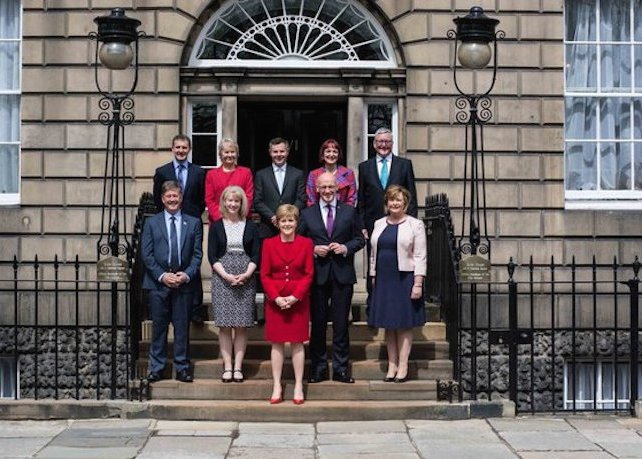 TWO NEW members have been appointed to the Scottish cabinet as part of a post-election reshuffle by First Minister Nicola Sturgeon.

However, the most significant change is a new role for deputy first minister John Swinney. He will leave his financial portfollio to become cabinet secretary for education.

A change in job titles means that land reform – previously a junior ministerial role – will be part of senior cabinet discussions under the remit of Roseanna Cunningham.

Richard Lochhead and Alex Neil, who had served in cabinet since 2007 and 2011 respectively, resigned from the cabinet.

The changes are the first major alterations to the SNP cabinet since Sturgeon selected her first team in November 2014. Like then, the team of ten politicians is gender balanced.

Junior minister posts will be announced later this afternoon (18 May), with responsibility for housing and local government vacant following the election.

The majority of cabinet members have remained in post since their selection in 2014.

Cabinet Secretary for Finance and the Constitution: Derek Mackay MSP