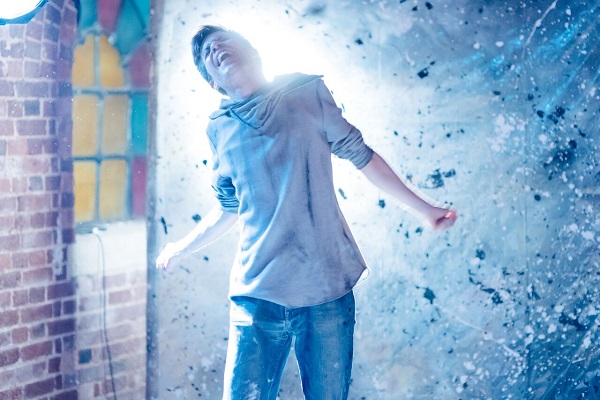 THE North! The North!, created and performed by Christopher Harrisson, is a dark, uncomfortable fable unlikely to be enjoyed by the faint-hearted.

Entering the run-down interiors of one of Summerhall’s many lecture theatres, Harrisson greets his audience with a sincere thank you for attending. “It’s so sunny out there and you chose to come in here with me,” he says to people as they take their seats. “It’s only going to get darker,” he declares, however this ambiguous warning may have been lost on viewers as they got settled.

Due to Harrisson’s welcome, it would be easy to gain a false sense of security about the nature of the performance to come – indeed this is obvious from the meagre attempts by some to find humour in the early scenes, the light laughter all but disappearing from the audience as the play progresses. 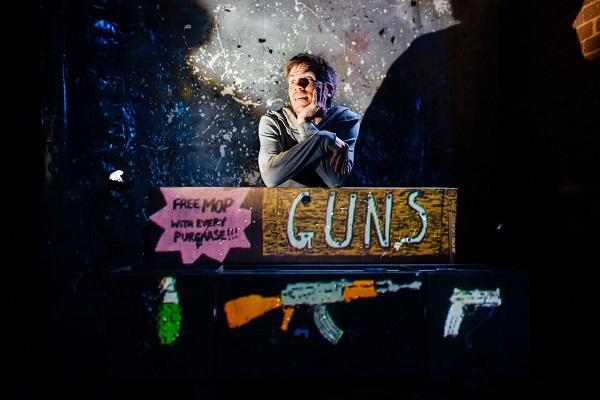 The one-man show is set in an alternative 1985 where a huge crack has divided England between north and south, the former being ruled by a cruel prince. The protagonist is the prince’s son and the play begins with him in London (“the City”).

He is dancing in a nightclub when he receives a call from Alice, his sister, informing him that their mother has died. This means he must travel where he has not gone in many years: The north. He sets about finding the prince to kill him upon his return to where he grew up.

The plot is confusing and bizarre yet still highly engaging. It includes doppelgangers and characters you believed to be dead returning at later stages, yet still has its audience locked in a fascinated determination to work out what is going on.

The North! The North! is hugely immersive. The use of object manipulation and inventive staging create a beautiful, if at times, unsettling form of storytelling. Lamps are used to create spotlights, silhouettes and shadows and a desk is turned upside down, acting as the backdrop and centrepiece at different times in the performance.

Original illustrations and cartoons, by Harrisson, are projected across the stage. They range from the obscure to the downright unnerving. In this way, The North! The North! feels almost equally like reading a graphic novel as watching a piece of theatre – the colourful and gruesome imagery reminded me of the wonderfully disturbing works of writer Emily Carroll.

It is not for the squeamish. The small theatre space makes the drama difficult to escape and there were many instances of audience members shifting in their seats looking nervously at the door.

A scene with a meat grinder tearing a hand to shreds and description of a man’s face being ripped apart from the mouth are two examples of the vivid horror the play contains.

The play is a myth about England, about the real rifts which exist along the north and south divide and what becomes of a northerner when they lose contact with home.

However the immersive storytelling is obscure and ambiguous enough that no one reading of the play is definitive. Not for the faint-hearted but a truly original, dark theatrical experience.

The North! The North! by Christopher Harrisson showed at Summerhall between 2–27 August